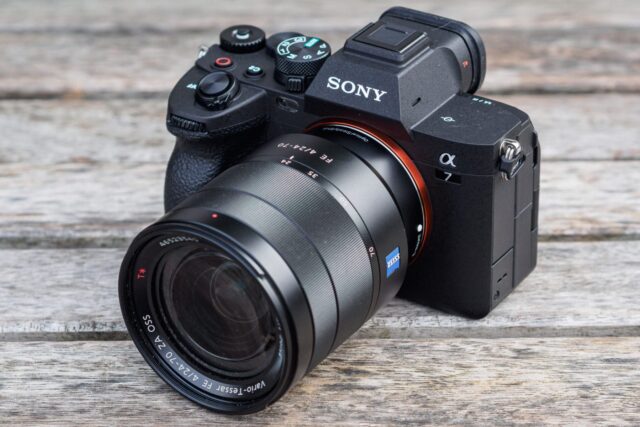 The Sony Alpha 7 IV, the Japanese company’s newest flagship mirrorless camera has now been launched in India. Among the highlights of the new Alpha 7 IV camera is the new BionZ XR processor that it comes powered with, besides featuring the new Exmor R CMOS sensor having 33 MP resolution.

The camera is capable of recording videos in 4K resolution having 10-bit depth while offering 4:2:2 color sampling depth. The camera also boasts of improved autofocus with 7596 phase-detection AF points with greatly enhanced face detection and eye-tracking abilities in real time. No wonder, Sony has stated the Alpha 7 IV is perfect for both video and still photography. In fact, there is an advanced heat dissipation mechanism built-in as well which allows for video recording for an extended period without the camera becoming too hot.

Coming to its specifications, the Sony Alpha 7 IV features the 35 mm full-frame Exmor R CMOS sensor of 33 MP. The camera has an ISO sensitivity of 100 – 51200. The camera offers a 7.5 cm (3.0-type) type TFT monitor while offering a 1.3 cm electronic viewfinder of Quad-VGA OLED type.

Coming to its price, the Sony Alpha 7 IV will retail for Rs. 242,490 in India. Sony also has a combo offer wherein the Alpha 7 IV together with the 28-70 mm Zoom Lens will be available for Rs. 262,490. The camera as well as all supported accessories are going to be available in the country from February 10 via Flipkart, Amazon along with other online and offline electronic retail outlets in the country.

Meanwhile, Sony also took the opportunity to launch the HVL-F60RM2 flash which has also come to be known as the GN60 Wireless Radio Control External Flash as well. What makes the flash special is its ability to offer reliable and continuous flash even at shutter speeds of up to a max of 1/400 sec. The HVL-F60RM2 flash unit is set to go on sale for another Rs. 46,000.