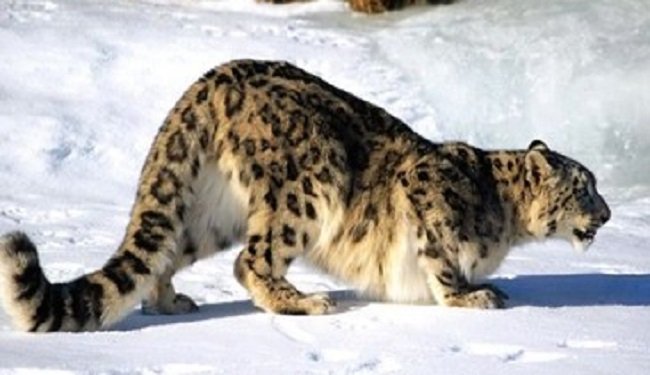 The snow leopard, counted among the most endangered species in the world, was spotted for the first time in the state of Uttarakhand in India on the heights of Kumaon Himalayas.

The forest department officials of the state said the camera trap photograph can be considered as the first evidence of the species in the region.

The new image is clearly an indicator of the presence of the snow leopard in the Kumaon region, where officials have claimed to have found 11 animals of the same species. Uttarakhand is among the best biodiversity regions of India.

Experts now believe that the first ever photographic evidence will help the forest department in preparing a better strategy for the conservation of these big cats, which are now considered endangered.

The region has been a place of interest for wildlife conservationists, after a Tibetan wolf was also photographed in the same region earlier in 2015.

Not much is known about the Kumaon region, but the presence of unexpected endangered species have certainly pointed at the biodiversity of the region.

The Gangotri National Park is being considered as a potential breeding ground for the snow leopard by experts. The new spotting is certainly good news for the forest officials.