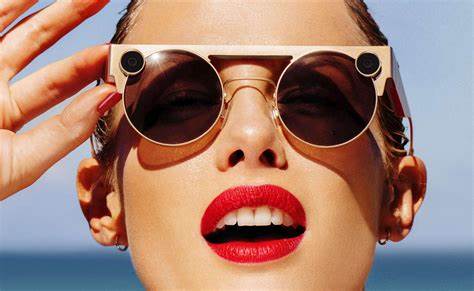 Snap Inc., owners of the Snapchat social media platform, announced the launch of another of its product, Spectacles 3, in India. The company announced the new Spectacles 3 will be available in the country via Flipkart starting July 4, 12:00 PM onwards.

Coming to its features, the new Spectacles 3 happens to be a further evolution over the Spectacles 2 though the basic design philosophy and functionality remain much the same. For instance, there are the two front facing, and rather prominent cameras placed on either side of the glasses.

Snap explained the dual HD cameras view depth and dimension the way our eyes do. This again allows for creativity to be taken to new heights, which, combined with Snapchat’s awesome augmented reality capability will add a new dimension to your ability to present your own viewpoint of the world around in unique ways.

Towards that, the snaps you have captured will get transferred to Snapchat’s Memories section, which is also where the real fun begins. For it is here that you get to transform the image like never before, which includes the ability to add new ‘lighting, landscapes, and other magical effects to an entire scene with a Swipe’, Snap revealed in its press release.

Further, you also can export the snaps to camera roll as ‘circular, horizontal, square and virtual reality formats’. Those again can be edited, saved, or shared as you desire. With Spectacle 3, you can shoot videos of up to 60 seconds duration. You can tap either buttons for shooting videos while a long press will lead to a still picture being clicked. A 4-microphone array will let you record high fidelity audio.

The Spectacle 3 also boasts of stainless steel build which makes it string yet light. It is available in two color options of Carbon and Mineral, with the former being largely black while the latter has a golden hue to it. It acquires charge via the charging case which again is made of leather and can be folded flat for ease in storage. The case, on its part, gets charged via a USB-C port.