Smartron’s latest offering is the new t.phone P handset targeted at the budget segment. The Hyderabad-based manufacturer has been in the game for over a year now. The company’s past releases were undeniably high on design but received a mixed bag of responses in terms of performance.

With the latest t.phone P, the company wants to crack the fiercely competitive budget category of handsets in India with high-quality, low-cost handsets. Priced at Rs.7,999, the highlight of the t.Phone P is its chunky 5000mAh battery. Besides, the handset also packs a rather solid set of innards such as Snapdragon 435 octa-core processor, 3GB of RAM, a 5.2-inch HD screen and so on. The Smartron t.phone P looks good on paper, but we are more concerned about its real-world performance. Let’s find more about the t.Phone P in our review. 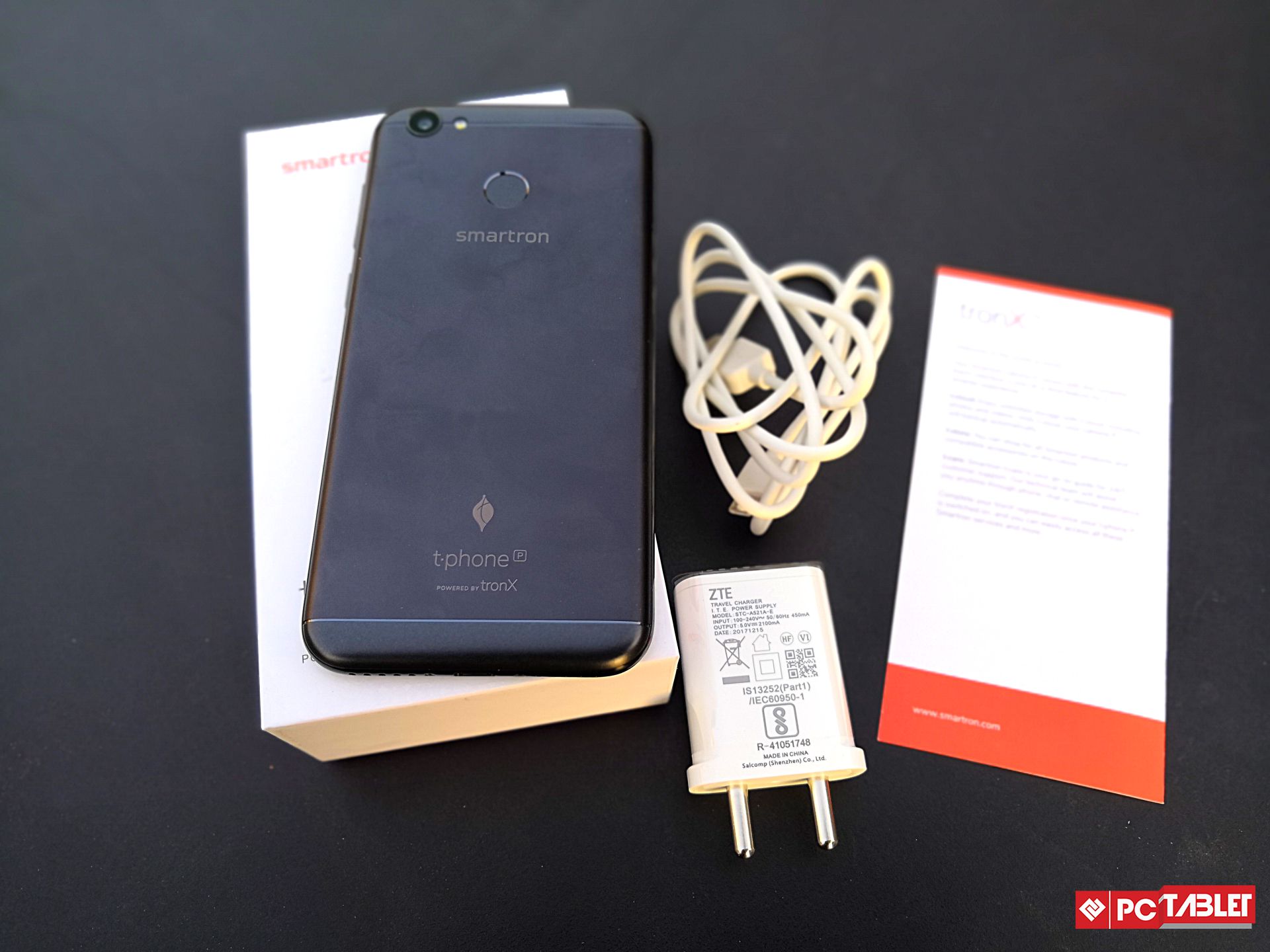 Smartron has always tried to differentiate their devices from the competition by making well-designed smartphones. And the t.Phone P lives up to that idea. It’s a gorgeous looking phone thanks to the matte finished metallic back giving it a premium look and feel. The handset feels extremely good in the hand with its subtly curved edges, while the matte finished metal rear panel provides a good grip. And despite the massive 5000mAh battery, the t.Phone P doesn’t feel heavy in the hand. It certainly has that visual appeal that would attract buyers.

The front of the device is dominated by the 5.2-inch screen with very thin bezels on the sides and feels entirely manageable for one-handed usage. Overall, it’s a well-designed phone that reeks of premiums despite the moderate price tag.

The phone with a 5.2-inch HD display with a resolution of 720×1280 pixels. The screen is crisp and sharp and offers good viewing angles. Colours look nice and vibrant and not too oversaturated. The phone also offers enough brightness, and the screen is completely legible – even under direct sunlight. However, you don’t get the option to adjust color and contrast levels. 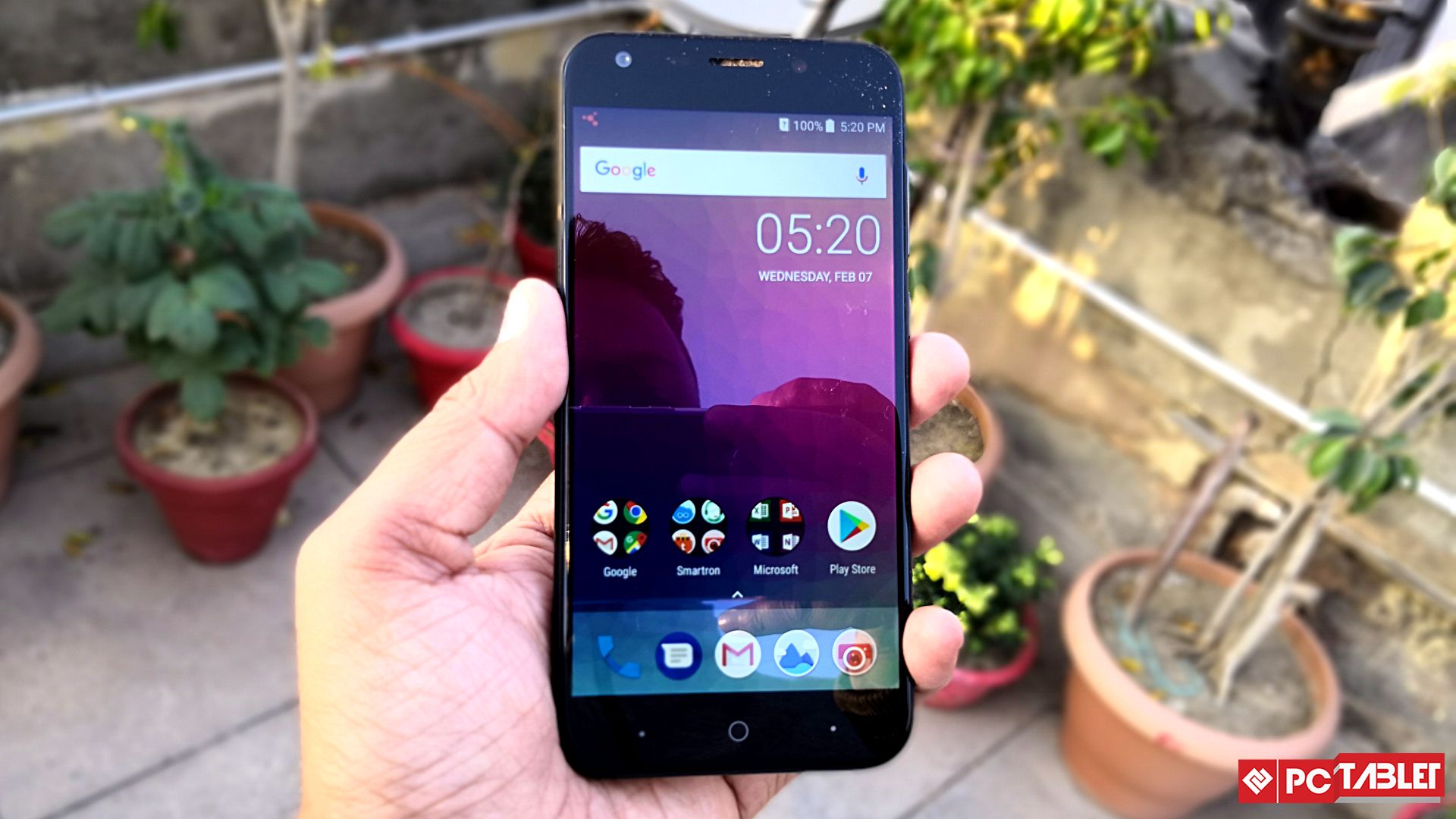 While most manufacturers stick with low-cost and outdated processors in their budget phones. To Smartron’s credit, that isn’t the case with the t.Phone P. As the handset runs Qualcomm’s Snapdragon 435 octa-core processor which is bundled with a solid 3GB of RAM. Now, this means it’s totally capable of handling day-to-day routine tasks at ease. It does not even struggle while running high-end games like Real Racing, as I did not come across any visible pauses and stutters during the gameplay.

However, I did feel the phone warming up after a long gaming session, though this shouldn’t be a major cause of concern as it doesn’t get uncomfortably hot. But overall, I was rather impressed with the phone’s day to day performance. The way it handles it multitasking and high-end games considering its modest price tag is as good as it gets. 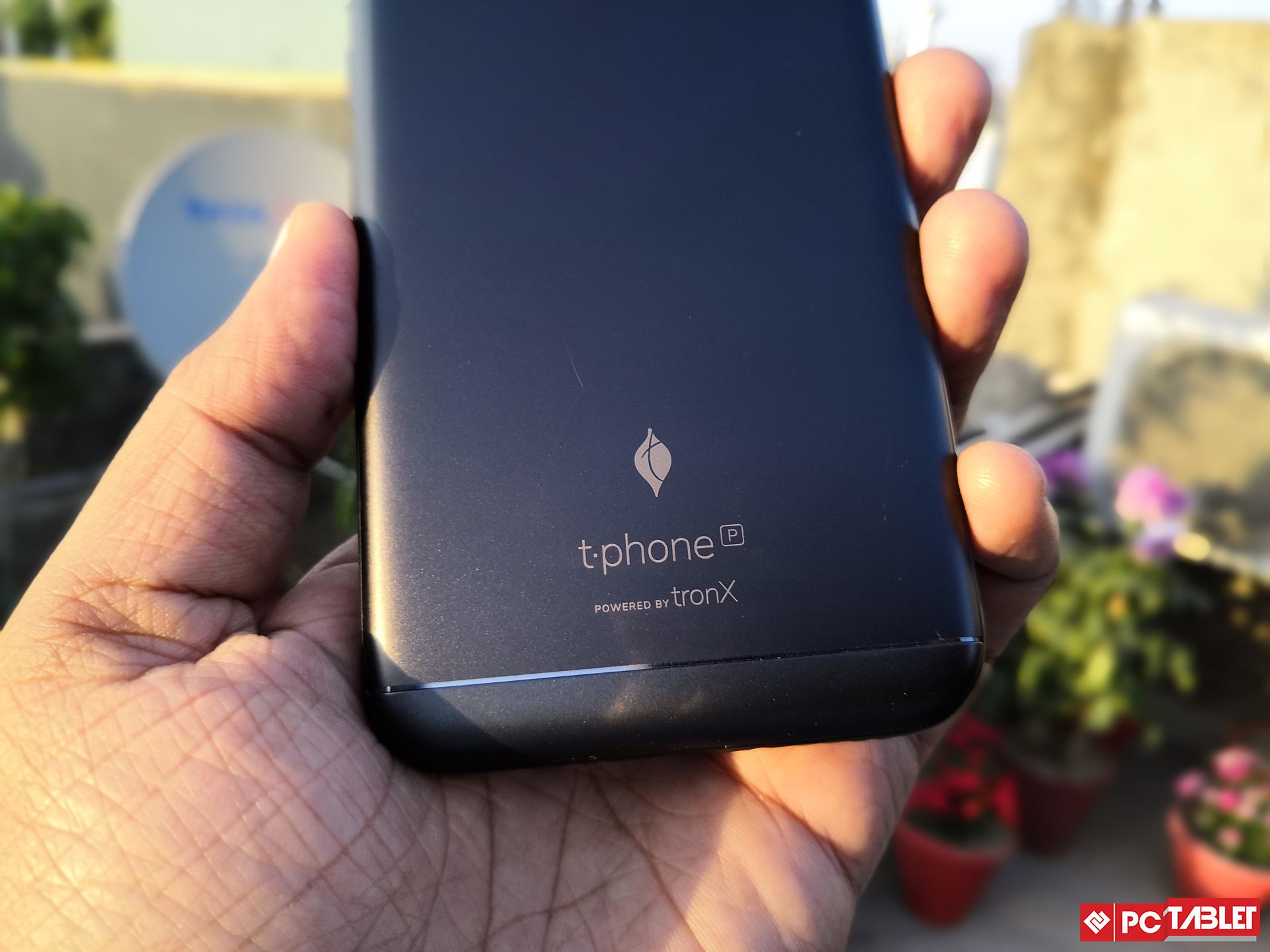 In our synthetic benchmark tests, the t.Phone P racked up an impressive Antutu score of 59495 points. In GeekBench 4, it managed to pull off single and multi-core scores of 683 and 2639 respectively.

The handsets fingerprint sensor is nicely housed on the back, making it easily accessible. Its fast, accurate, and intuitive – as I did not face any issues whenever I tried unlocking the phone using the sensor.

In terms of connectivity, the handset comes with Bluetooth 4.1, Wi-Fi 802.11b/g/n, FM radio, GPS, GLONASS, as well as 4G LTE support. It supports dual-SIM though comes with a hybrid second SIM slot. Now, this implies you can either use two Nano-SIMs or sacrifice one for a microSD card. Call quality is good for both incoming and outgoing calls. I also faced no issues with Reliance Jio SIM with the t.Phone P. 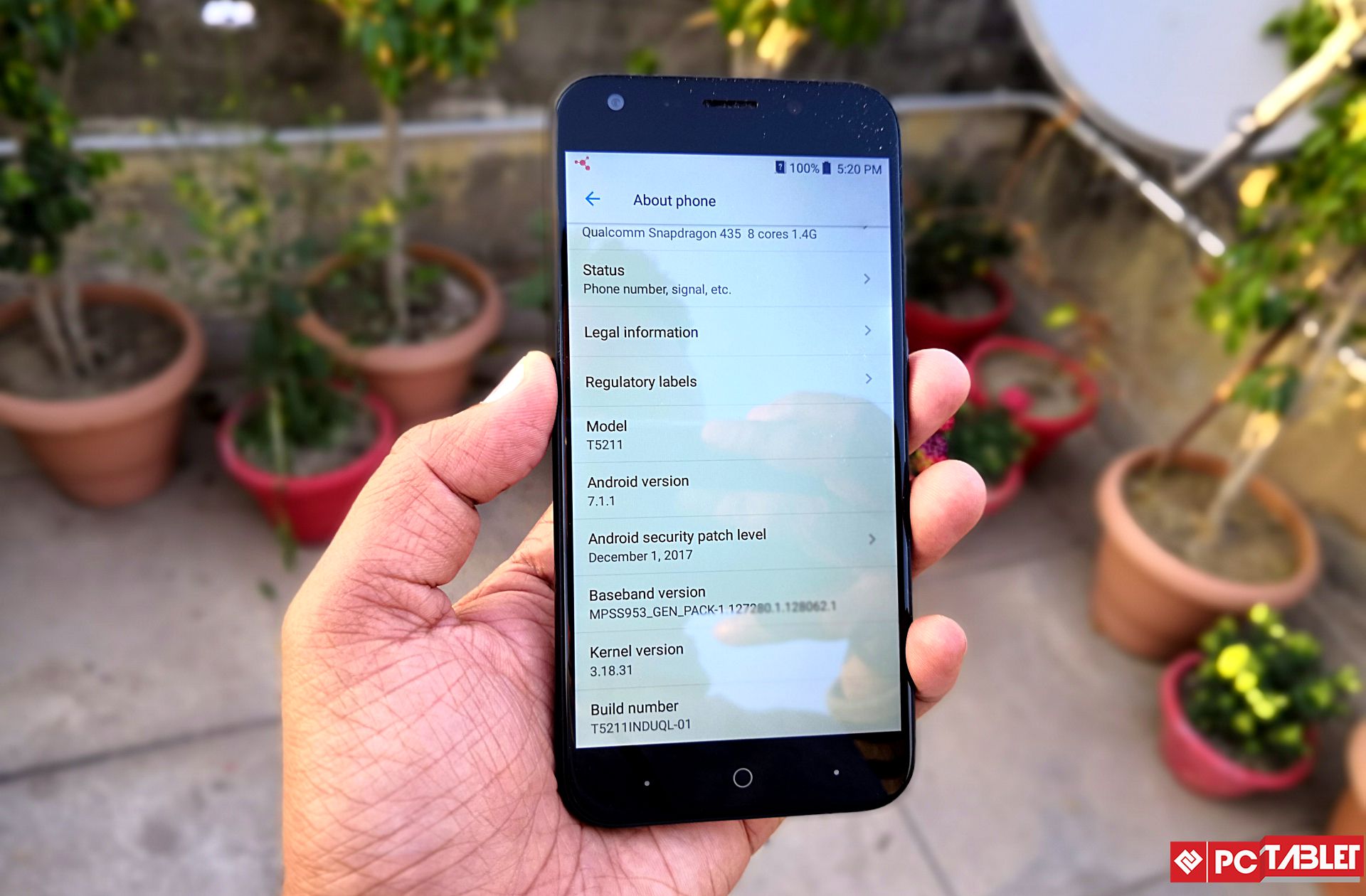 The phone ships with Android 7.1.1 Nougat and has the look and feel of stock Android. Navigating around the phone’s UI felt smooth and snappy as I did not experience any delays or stutters. There’s not much bloatware either, giving the OS a clean and minimalist look. Though Smartron has bundled a few of its own apps which include t.cloud, t.care, and t.store. In addition, the handset also comes preinstalled with Microsoft apps such as Word, PowerPoint, OneNote, and Skype. 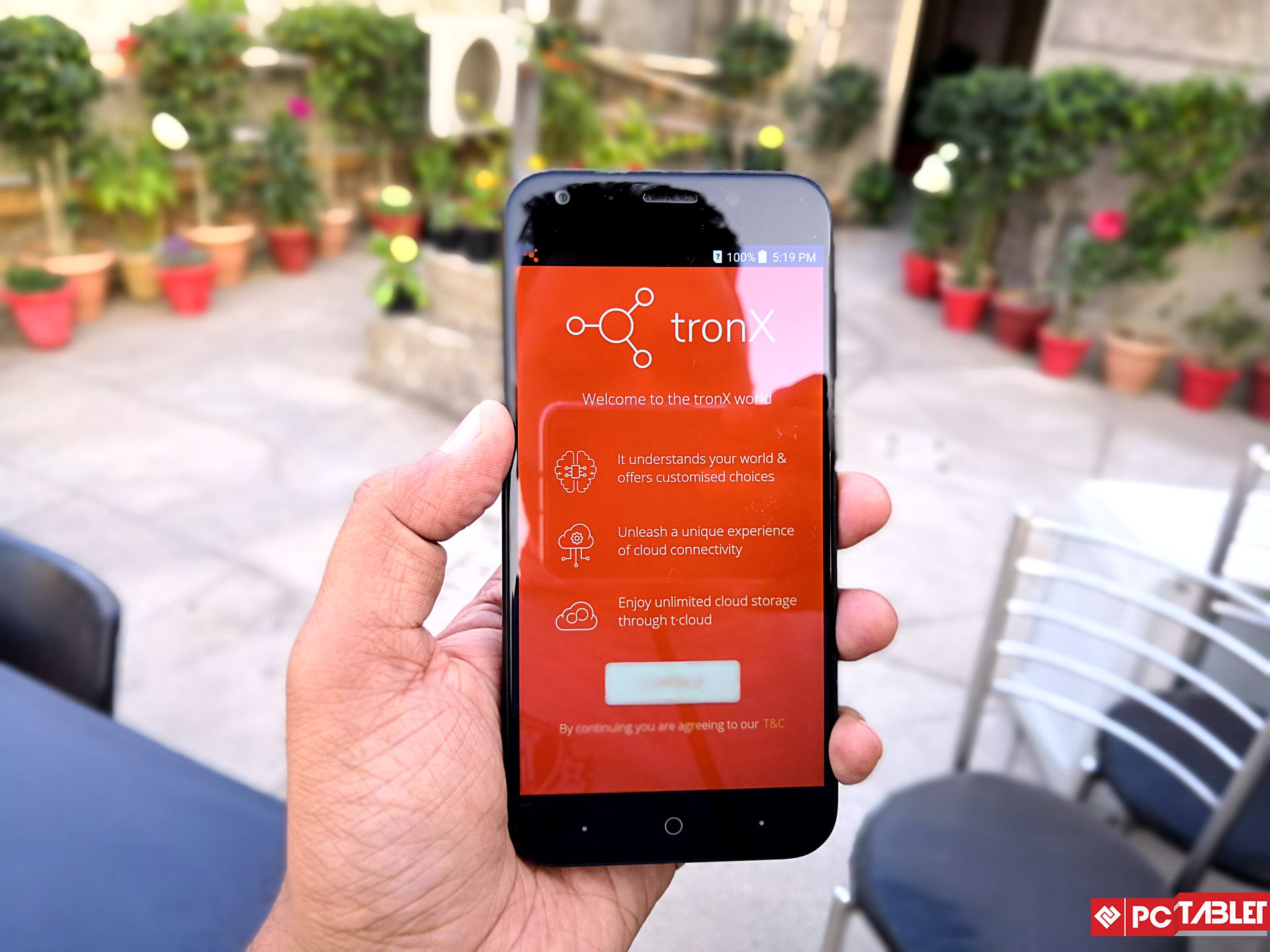 The highlight of the phone is it’s 5000mAh battery which churns out an astonishing performance in real-world usage. I easily got more than a day of battery backup with heavy usage – which involved lengthy gaming sessions, clicking lots of pictures, streaming YouTube videos, and the usual grinding of WhatsApp and Twitter. For moderate and light users, the device can last over a day and a half without any hassles.

Even the standby time on this thing is simply outstanding. I left the phone overnight at 97 percent and woke up in the morning only to find that the battery meter didn’t budge – it was still at 97 percent! I truly enjoyed binge watching my favorite TV shows on the phone’s screen without having to worry about depleting battery before the season finale. That said, with such a humungous battery, it takes more than 3 hours to fully charge the device from 0 percent. 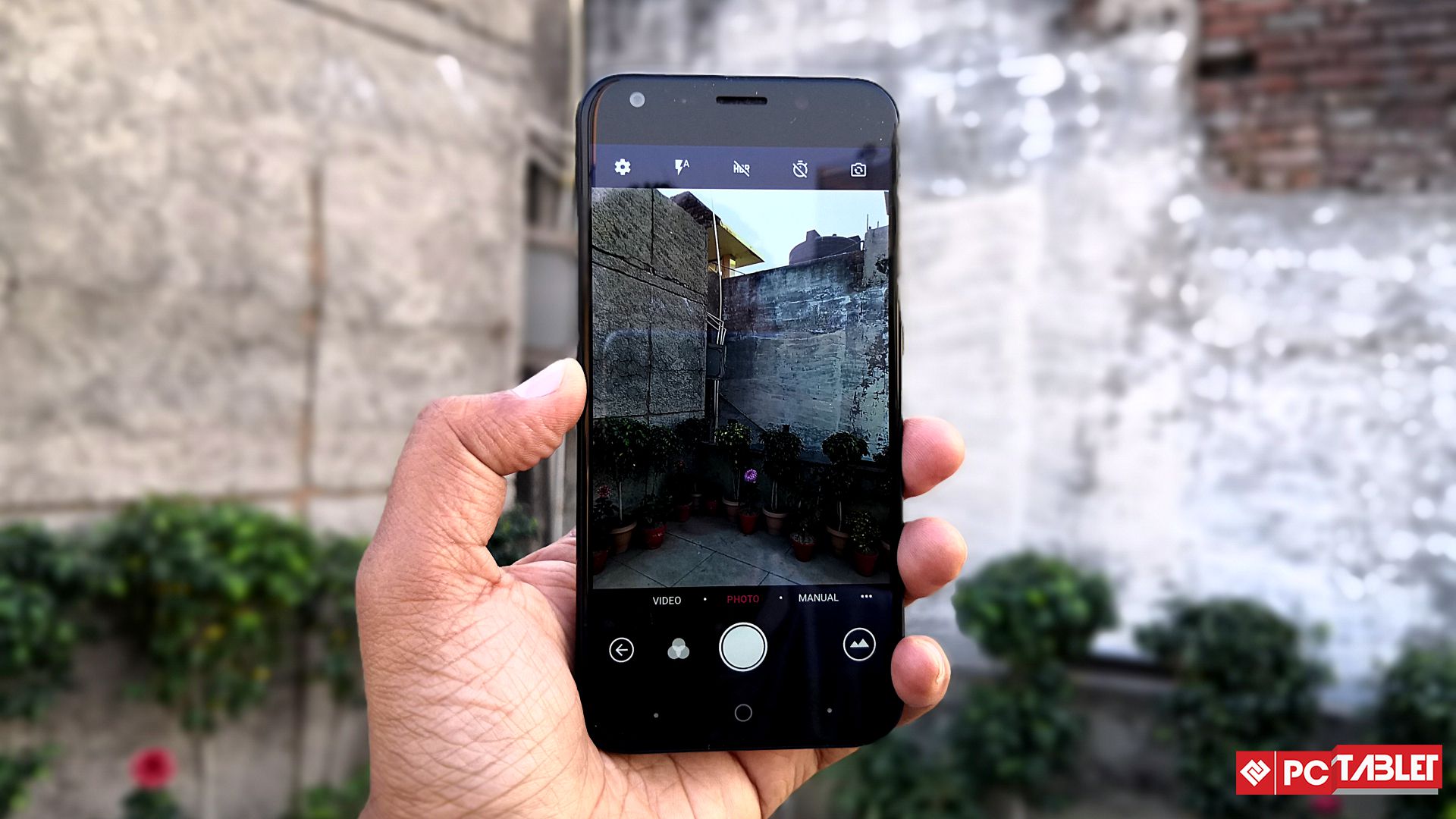 The t.Phone P’s 13MP is a bit of a let-down. As daylight shots lacked in clarity and detail. Even colors appeared a bit jaded and dull. Images clicked weren’t horrible, but other phones in this price range do a better job at clicking daylight shots. Images taken in low-light aren’t great either. For selfies, there is a 5-megapixel front-facing shooter with support for flash, which does well at taking selfies.

Verdict – Should you consider buying one? 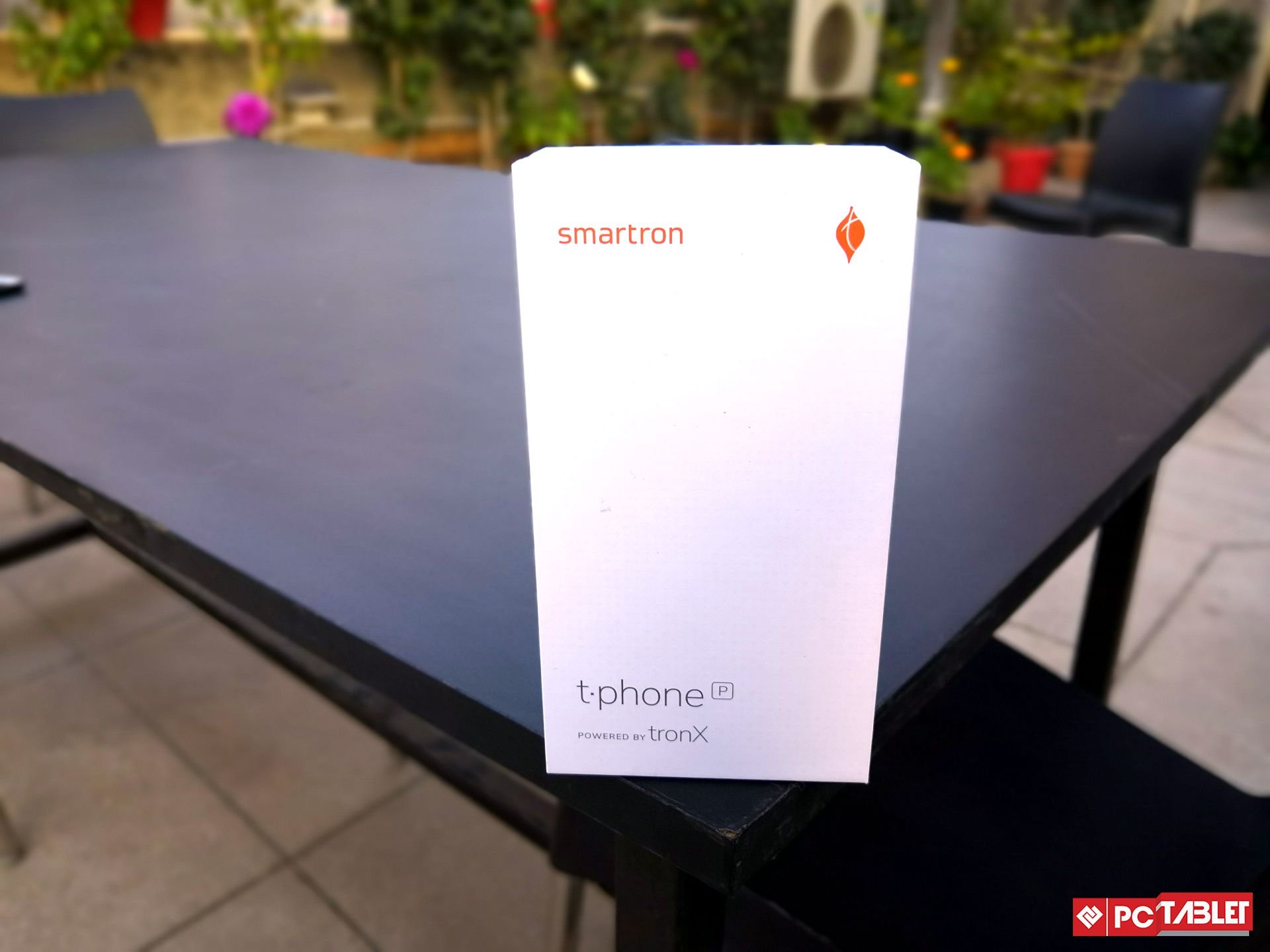 Priced at Rs. 7,999, the Smartron t.Phone P is a great bargain. It’s a well-designed, solidly-built phone which performs consistently across the board. There’s no denying the handset’s camera is a bit of a let-down. But all things considered, it’s great value for money, and most importantly – has an impressive 5000mAh battery which reminds you of the brick phones from the late-90s.

Sometimes, all you want it is a phone that won’t run out of battery when you really need it. If that’s the case, you should buy the Smartron t.Phone P.