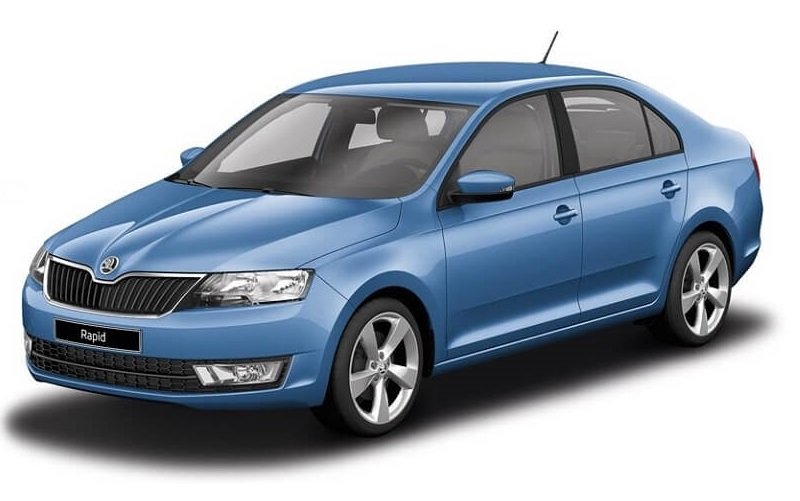 Czech automaker Skoda finally launches the facelift version of its Rapid sedan in India. The prices of the Skoda Rapid facelift starts at Rs. 8.27 lakh (ex-showroom, Delhi), and goes up to Rs. 12.26 lakh.

The facelifted Skoda Rapid gets an entirely new front fascia with a new grille, along with a new pair headlamps with Daytime running LED lamps. Furthermore, the air intake at the bottom gets styled in a honeycomb pattern flanked by sharper-looking foglamps. Other minor design changes include a redesigned rear bumper and slightly redesigned taillamps.

Under the hood, the facelift Skoda Rapid gets powered by the same engine as the Volkswagen Vento with a 1.6-litre petrol and a 1.5-litre diesel engine motor. That said, the diesel engine now churns out 110 PS of power along with a peak torque of 250Nm. The engine gets mated to a 7-speed dual-clutch DSG transmission. The diesel engine’s fuel effiecncy is touted at around 21.13kmpl (MT) and 21.72kmpl (AT).

The petrol engine on the other hand produces 105PS of power and a peak torque of 153Nm which is mated to 6-speed automatic or a 5-speed manual transmission. The petrol model’s fuel efficiency is touted at 15.41kmpl (MT) and 14.84kmpl (AT).

The car’s interiors remain largely similar to its outgoing version, barring a few subtle differences. For instance, the facelifted Skoda Rapid now sports a beige-black theme as opposed to the brown-beige combo found on the outgoing model. While in terms of features, it sports a 6.5-inch touchscreen audio system with MirrorLink, height-adjustable seat and steering wheel, along with automatic climate control. ABS and dual airbags will come as a standard feature across all models.

The new Skoda Rapid facelift will rival the likes of Maruti Suzuki Ciaz, Honda City, Hyundai Verna along with the Volkswagen Vento.