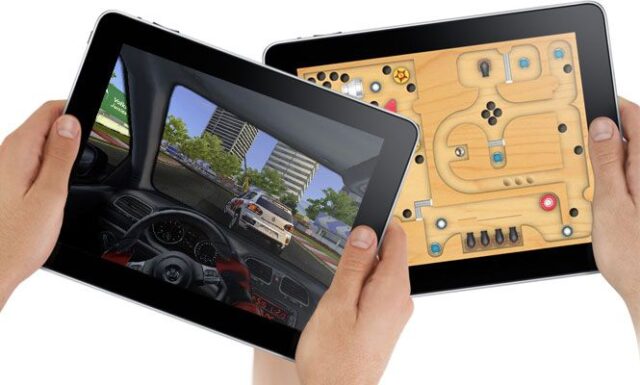 The new 2019 year brings some long-awaited big-name games, and it’s high time to load your handheld gaming device with some exciting stuff. Thanks to the rise of mobile software technologies pushed by Android and iOS mobile brands, you can now enjoy some legendary games right on your tablet or smartphone without investing in a gaming PC or a console. Here’s our version of the top upcoming tablet games for iOS and Android to be released in 2019.  We selected only those with the highest expectation ratings. Have your favorites? Feel free to comment or… make free website for games, share with your own gaming community, and get your passion amplified.

The release date for Android and iOS: March 2019

Love control and domination? In the second part of the 2D turn-based strategy game by independent developer Łukasz Jakowski, you are going to influence the history of real countries on the political map by conquering other nations. But not so fast! Your primary goal is to defend your empire and take care of the economic wellbeing of your expanding country without provoking a revolution inside. The game enables a multi-player mode (hot seat) as well.

The release date for Android and iOS: April 2019

The famous strategy game with RPG elements previously developed for PS4 and PC is going to present its tablet/smartphone version. Become a king of a fantasy world, mine gold to support your citizens, build fortifications and defend your empire when trolls attack at night. During the battle, protect your crown since the game will be over when it falls into your enemy’s hands. Enjoy signature pixel-art visuals and some stunning visual effects.

3. Oceanhorn 2: Knights of the Lost Realm

This action RPG inspired by the Legend of Zelda takes you to a fantasy world Arcadia where you become a young boy who trains to become a knight. You are going to solve puzzles, riddles, and quests and defeat a powerful villain in an arcade battle with the use of a pistol with magical bullets and cold steal weapons. The strong point of the game is stunning visuals; you’ll be carried away by the beautiful 3D world and soundtrack.

The release date for Android and iOS: 2019

In this mobile 3D racing game, which has already received a good rating on PC, PS4 and Xbox One, you are going to drive various licensed cars and tracks and even modify them. The mobile version promises just the same exciting racing experience, wide range of exotic cars and optimization options as those provided for PC or console. Get ready to burn your virtual rubber soon.

The release date for Android and iOS: April 2019

This multiplayer game with arcade model and elements of MOBA and shooter games enables you to choose from many available characters each having their unique battle potential which you have to improve. Every character features their signature weapon (firearms, grenades, or bombs) and a special ability that can be used once the energy bar from destroying enemies is filled. The game has 4 multiplayer modes which make it a cool option to spend a great time with friends.

Release date for Android: May 2019

This colorful 2D action-adventure game brings you to the world of Vikings where a lazy Oddmar is tasked to burn down the forest in order to stay with his tribe. He overcomes 24 levels full of challenges and traps getting a special power from magic mushrooms. A freakish character! The game has already become a hit on iOS.