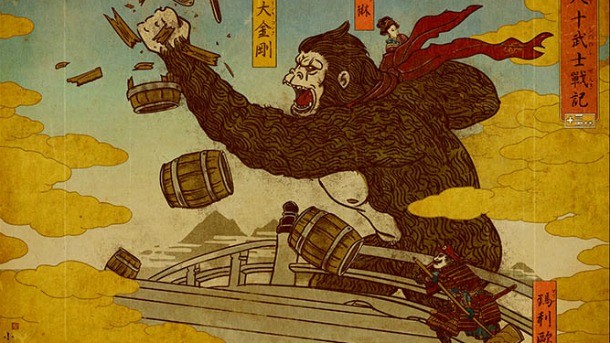 It can’t be denied that as the third decade of the 21st-century begins, video games are bigger than ever. Projections for 2021 predicted that the global gaming industry would reach an unprecedented market value of over $178 billion. That number is believed to increase to almost $256.97 billion in 2025, over four times what it was worth back in 2013.

Such an exponential rise can be attributed to many factors, but chief among them is that games have gotten so impressive that many people can’t envision the future without them. But even among those multitudes of great games released every year, there are those which stand out.

Unsurprisingly, many of these gems have their origin in Japan, a country with a rich history of fantastic art and compelling storytelling. Games and series like Dark Souls, Yakuza, Metal Gear Solid, Final Fantasy, Armored Core, and Monster Hunter were all revolutionary pieces of art that will be remembered forever in the industry. Read on, get ready to turn on your console or PC, and grab yourself Solaris Japan discount codes for video games because once you’re done with this article, you won’t be able to resist these IPs.

Final Fantasy is one of the best role-playing games out there. It’s a series whose name was once synonymous with innovation in the genre, but it has struggled to live up to that legacy in recent years. Still, when it comes to JRPGs, you can’t go wrong with Final Fantasy.

The first game was released in 1987 and was revolutionary for its times as it allowed players to travel the world with their own unique party of characters, each with their own skills and abilities. You could play several different classes in battle, switch them around at will and even give them unique names.

What really makes the series special, though, are its visuals. The art style is unlike anything else out there, as it flawlessly combines the classic looks of the fantasy genre with sci-fi themes and aesthetics. Final Fantasy is known for its intense moments and memorable plot twists, but it’s also an RPG that leaves a lot of freedom to the player. The series is also known for its elaborate musical scores, which always feel like they’re perfectly matched with any situation you find yourself in.

The world of Dark Souls is one of the most original, immersive, and beautiful places ever conceived for a game. The action RPG was released in 2009 by Japanese developers FromSoftware and became an instant classic among fans of the genre. It’s also known for its difficultly level, with players dying more times than they can count on their way to the game’s conclusion. What sets Dark Souls apart from the crowd is that it’s a brutally hard game that also manages to come off as a fully-featured RPG.

Players control a knight who travels through a very dark and foreboding world, filled with monsters and other nasties that will stop at nothing to kill the hero. The gameplay mechanics include solutions typical to the genre, namely collecting loot and upgrading their equipment to progress through the story.

The world design is unparalleled, with every area being unique and brimming with secrets. The soundtrack is also wonderful, with each track perfectly matching the area you’re in, adding to the tension and making you feel like you’re genuinely in an ominous place filled with danger.

Monster Hunter has been around since 2004, but it has never been so popular as it is in today. This series is a third-person action/adventure title developed by Capcom, and it focuses on hunting monsters in a fantasy setting called “new world.” The objective for players is to gather resources, craft armor and weapons, build up their team and go on expeditions to kill powerful creatures. What makes Monster Hunter such a great game is that it has something to offer for both casual and hardcore gamers.

The difficulty level of this game isn’t too high, making it fun for people who aren’t particularly good at video games. On the other hand, if you really get into Monster Hunter and start playing it regularly, you can get yourself some pretty tough challenges. Either way, there’s always something to do and plenty of quests to keep you busy for dozens of hours.

The combat is similar to that of Dark Souls, only easier and much less frustrating. The graphics are also awe-inspiring, especially when you see how many monsters there are and how diverse they all look. Monster Hunter is an exceptional game that should be experienced by everyone who enjoys action RPGs, but it gets even better when you play it with friends.

Yakuza is one of those series of games that don’t get enough love in western markets. It focuses on gang life and urban crime in Tokyo, and it has been around since 2005. The game takes place in Kamurocho, which looks just like an average Japanese city except for the fact that countless thugs are roaming the streets and fighting each other over anything that catches their eye. Yakuza blends the best elements of beat ‘em ups, brawlers, and visual novels into an experience that manages to make every new entry feel fresh.

The first game was released exclusively in Japan on PlayStation 2, but it caught on so well that now Yakuza is one of the most beloved franchises in the country. The newest addition to the series was released in 2020 on PC and consoles. Yakuza games are already localized in English, so there’s no reason not to try them out if you want something different than what you usually experience with role-playing or action-adventure games.

Metal Gear Solid – a Masterpiece That Can’t Be Missed

Metal Gear Solid is a series of stealth-action games that has been around since 1998. It was created by Hideo Kojima, the genius behind the most iconic Japanese video game franchises of the last few decades. The gameplay of Metal Gear Solid revolves around sneaking and fighting in a world filled with complex and deep conspiracies.

The player controls Solid Snake – a character sent on missions to infiltrate enemy strongholds and stop an organization called FOXHOUND from achieving its goal of taking over the world. The main appeal of Metal Gear Solid lies in its cinematic nature and deeply multifaceted story. The series has always been known for its twists and turns, keeping the players on the edge of their seats until they find out what happens next.

But it’s not just the plot that makes Metal Gear Solid great. The stealth mechanics are also extremely well-made, which make for some truly intense moments. Combat is incredibly satisfying, too, while music and visuals are both award-worthy. Metal Gear Solid is one of the most important titles in the history of video games, one which set the standard for storytelling in the genre and beyond.

Many of you might not have heard about the Armored Core series, but it’s worth checking out if you want a more sophisticated experience than what most other mecha games have to offer. Are you bored of simple, arcade-like controls and rudimentary gameplay mechanics in cheap mech knockoffs like Daemon X Machina? Do you enjoy complex plotlines and diverse soundtracks? Then AC may be just for you.

In this mech simulator game, the player controls a robot called an “Armored Core” and is sent on missions where they have to destroy enemy robots and kill any human enemies who get in their way.

The story of the series revolves around a war between corporations who are fighting for control over what’s left of Earth. The action takes place in a dystopian future where advanced technology is constantly used to continuously wage war in the name of market profits. There is no right or wrong there, only a plentiful of morally ambiguous stories and characters.

The thing that makes Armored Core stand out is its unique combat system. The series was regularly getting bad reviews thanks to its nearly vertical learning curve, which was apparently too much for the critics. Ironic, as the same studio later released the Dark Souls series, this time praised for its extreme difficulty level.

The games mentioned are just the tip of the iceberg, but they should be more than enough to get you started. If you’re a fan of the genre, we recommend playing them all. And if you’re new to video games, this is an excellent opportunity to get out of your comfort zone and try something new. Good luck!