The Microsoft – Apple rivalry goes back a very long way. Each side has loyal followers arguing with the other side of who is better. Apple products are generally ridiculed for their price and comparatively restricted ecosystem while Microsoft’s Windows Phone OS and Windows Marketplace is a laughing stock due to the inferior quality and unavailability of apps compared to Android and iOS.

It is easy to lose logic and rationality in a fight between Microsoft and Apple. The truth is, Apple has not been able to keep the innovative factor up in their recent iPhone releases but is still enjoying sales due to its loyal followers while Microsoft has quite a lot lined up in the form of Cortana, Surface and Windows 10 but will need consistency to catch up with Apple.

Windows 10 is the newest operating system release from Microsoft and aims to unify all Microsoft devices under one single OS. All the Surfaces, PCs and Lumias will run on Windows 10. Microsoft Windows has always been a platform for the masses and due to its largely diverse user base and device variants, always lacked the feel of an ecosystem.

With the release of Windows 10, users will feel the presence of a tightly integrated and complementing ecosystem. The common platform enables developers to create applications that integrate seamlessly with the user through different devices. The same app on your PC will catch up where you left off on your Windows Phone, and the common OS will make the experience more seamless than before.

OS X El Capitan does not aim to be a common OS for Apple’s devices, but the Apple system is already better integrated than Windows, with features like Airplay, Airdrop and Handoff enabling OS X devices to interact with iOS devices. iPhone users can pick up a call on their Mac if both the devices are on the same network.

It could be particularly helpful at home when your iPhone is charging, and you are already working on a Mac. Though all these features are available on a Windows device with third party solutions or at times, even Microsoft’s own applications, Apple has done clever marketing by making these common tasks seem easy. At times, all you care about is getting the work done with zero hassles. 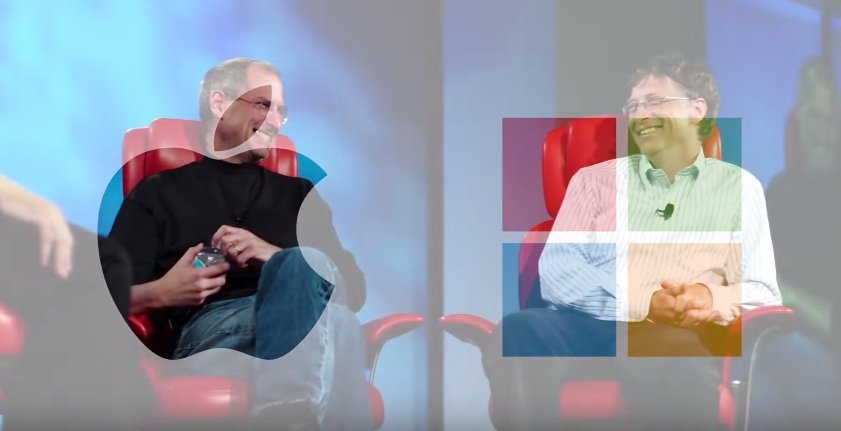 Tablets have been around for a lot of years, but Apple actually helped the tablet market gain popularity. The tablet market piggybacked on the popularity of the iPad, and a previously non-existing segment was created in the market. Apple enjoyed the fruits of its marketing genius for the first few years of the iPad, but now Microsoft has caught up.

The latest and best offerings from both the camps are Apple’s iPad Pro and Microsoft’s Surface Pro 4. Both are full sized tablets with no scarcity of accessories like keyboards, covers, and desk stands. The iPad’s A9X is enough to compete with the low-end Surface Pro, but when maxed out, there is no matching the i7 U CPU paired with Intel’s Iris GPU in the Surface Pro 4.

The Surface matches if not betters the iPad’s build quality, screen pixel density, battery life, accessories and absolutely trumps the iPad in terms of usability with its full desktop sized operating system. The iPad Pro is still sort of a large phone while the Surface Pro 4 can be termed as an underpowered Desktop/Laptop replacement; we aren’t sure of the underpowered part, though.

The iPad has enjoyed a smooth ride so far but the Surface is not going to let that continue, and it has got the start right.

This comparison between the digital assistants each company has to offer can get as thorough as one tries. The comparison is actually very subjective. Some might find Siri’s sense of humour better than Cortana’s. But then Cortana has come into play about four years after Siri. Both Siri and Cortana have a sense of character and personification unlike Google’s ‘Ok Google’. They behave like humans with their users.

There are various humorous replies hardcoded to predictable questions in both these assistants. They both remember your previous questions and answer in context with those. Cortana is going to be shipped with Windows 10 on all devices. Siri is only present on iOS right now though it might be forming its way to the next OS X iteration.

Cortana is even available on Android and iOS with Microsoft partnering with Cyanogen to make Cortana more powerful on Android. All in all, it looks like Siri’s creators have a more humorous approach to digital assistants, but both get the work done satisfactorily.

Microsoft has ventured into the wearable fitness market with the Microsoft Band. A lot of companies are making wearables complement their primary devices, and Microsoft had to catch up with that. The latest offering from Microsoft is the Band 2. Apple has its iWatch that works seamlessly with the iPhone, iPod and iPad. Both have activity tracking, heart rate monitoring, text/ call alerts.

The Apple Watch also has mobile payments integrated into it. Apple Watch works only with iOS while the Band 2 works with iOS, Android and of course, Windows Phone. Microsoft is trying to make its technologies available on all platforms to get maximum user reach while Apple is restricted to its own ecosystem. That is the premise both the companies started off with, in the beginning.

Apple had vowed the world with all maiden releases of its products like the iPod in 2001, the iPhone in 2007 and the iPad in 2010, but all subsequent releases have been plateaus with the innovation factor slowly dwindling. The company still enjoys a very loyal customer following with people willing to spend upwards of $600 on every iPhone/ iPad release. Apple products also have a sense of premium-ness, especially in developing countries and the attractive offers being put up are only helping Apple gain more followers.

Microsoft, on the other hand, owns a large majority of the Desktop market but is yet to see significant success with mobile phones and tablets. The tablet market share of Microsoft is improving faster than the mobile phone market share. Microsoft seems to be implementing all things that Apple products are well-known for thus, bridging the gap between the two.