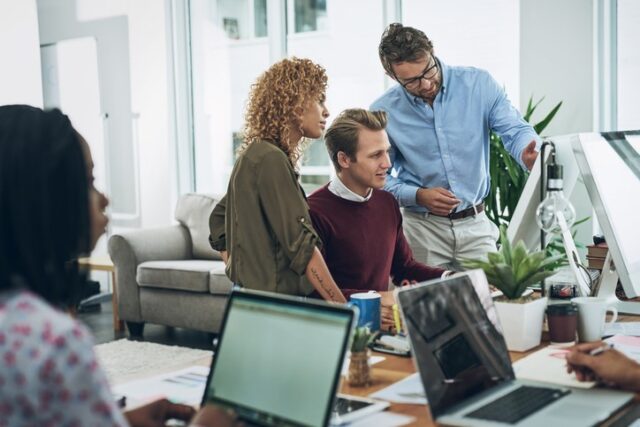 These days, it seems like there’s an app for everything. Whatever you want, you can just type it into the Play Store or App Store and download it. How big mobile apps are is best shown by the fact that Google has already had 150,000 app developers build 800,000 of them. The majority of the apps available right now have been built for one purpose – entertainment. It’s safe to say these things have completely revolutionized the entire entertainment industry. If you’re wondering how you’re at the right place.

One of the biggest changes apps have brought is how easy it is to create an independent platform. As we’ve said, there’s an app out there for absolutely everything. Not so long ago, only some people had the opportunity to create videos and develop games. But those were the days of conventional platforms. Now, mobile apps can do most of the work for you. As long as you’re creative and know how to use them, nothing is stopping you from getting your content out there. The process is so simplified that you can do it even if you have no knowledge of coding.

Mobile apps have opened up new opportunities for everyone to promote their brands or work. Just the fact that so many people are on mobile these days makes it a perfect platform for promotion. Some industries can benefit from it a lot while others can’t. When it comes to the entertainment industry, mobile apps are gold. Just including a celebrity in your content can make an app an instant hit. Plus, just think about how easy it is to make promotional videos and include them in an app. In fact, that’s how many mobile games make money in the first place.

It’s the entertainment industry that sets all kinds of trends. In the days before social media, keeping up with trends was difficult. Now, it takes a few scrolls and you’re already up-to-date.  This is one of the biggest changes we witnessed since mobile apps hit the market. But they’re not stopping there. Apps have already become one of the most powerful tools for setting new trends. If you have TikTok you know what we’re talking about. With just a little bit of creativity and AR, you can come up with a trend of your own. And if everyone likes it, it can go viral in a matter of hours. Some social media apps even have “trends” sections where you can check what’s popular at the moment.

AI has gone a long way in the past decade. If you think you’ve never used it, you’re wrong. If you need proof,  just look at the YouTube mobile app. This thing can generate subtitles as you play the video on your device. This could have a gigantic impact on the entire entertainment industry. It makes YouTube videos more accessible to millions of users. It helps content get to all parts of the world. Also, it’s the app doing all the work. People who’d write all those subtitles can spend that time doing something else.

If you want to have fun, you need nothing but your phone. No matter where you are and how much time you have, you can play a game on your device. And these aren’t mobile games we had a decade ago. No, we’re talking about releases you’d play on your computer. There are even smartphones designed specifically for gaming. But that’s not all. Online casinos have adapted their popular gambling software for mobile users as well. Now, you can step into a virtual casino on your device and spin some slots while commuting or waiting in a queue.

When shows only aired on TV, viewers were hoping for more ways to interact with them. The emergence of the internet changed the way it all works. However, what brought even more new stuff were mobile apps. Many TV shows now have their own app that lets you interact with them in ways that were unimaginable just a decade ago. With just a few taps on the screen, you can play videos or give a contestant your voice. You can also get information delivered as a notification and interact with other fans. These apps even have store sections where you can order merchandise and have it delivered to your doorstep.

Internet piracy has been a major issue in the entertainment industry for years. Just imagine working on a new song for years and having someone make it free to download on the web. Not so long ago, there weren’t many artists could do to fight piracy. Now, with apps like Spotify and iTunes, piracy isn’t in its prime. The best part of it is that it works well for both parties. While you may not be able to download a song if you haven’t paid for Spotify Premium, you can still listen to it on your device. You just have to play commercials here and there as well as avoid skipping songs.

The bottom line is that mobile apps have had a massive impact on the entertainment industry. What’s more, it’ll continue to do the same in years to follow. We’re only starting to learn what kind of tools they can provide to artists, studios, and individual users. And mobile apps aren’t alone. AI, AR, and VR technologies are all growing and it’s only a matter of time we’ll see some new trends emerge. No matter what happens, it’s safe to say the entertainment sector has everything it takes to reach new heights.