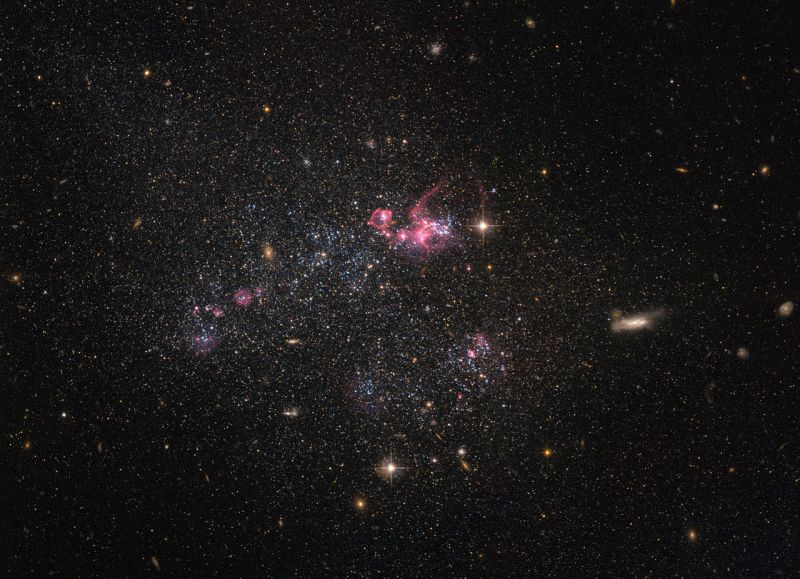 Astrophysicist at the University of Nottingham led by Omar Almaini has released images of an area of sky four time the size of the moon. Along with that, it has made an observation of 2,50,000 new galaxies in which some of them were formed as early as billion years after the Big Bang.

This latest observation by the scientists has given them an opportunity to find rare objects like galaxies in transition. The data provided by the Ultra Deep Survey (UDS) will help the astronomers to understand the formation and evolution of galaxies.

The observation of the Universe started in 2005 at the UK Infrared Telescope at the summit of Mauna Kea, Hawai. The team collected data for the last eight years to not only understand why some of the massive elliptical galaxies are red and dead but also to look for answers so that they can prove theory like whether supermassive black holes terminate star formation.

To get a clear idea of the distant Universe, the researchers used the infrared light to study the same patch of sky for 1,000 hours. The infrared spectrum is quite important to study the distant universe as because of cosmological expansion of the universe the regular starlight get redshifted to longer wavelengths.

In an official media statement, Omar Almaini, Professor of Astrophysics in the School of Physics and Astronomy, said –

The Ultra Deep Survey (UDS) have helped us in studying distant galaxies that were near to impossible to study. Most of the photo reveals images of galaxies that got formed billion of years before the formation of Earth.

The project aims to study the formation of galaxies and get a deeper knowledge about the distant part of the Universe. This data will also help the scientists in understanding the evolution of galaxies over billion of years.

Researchers will also be looking for dark matter distribution and identify the thousands of galaxies that are still hidden in the Universe. Before this, UDS have also given scientists interesting data about various other galaxies, including the measurement and large scale distribution of it in the universe.