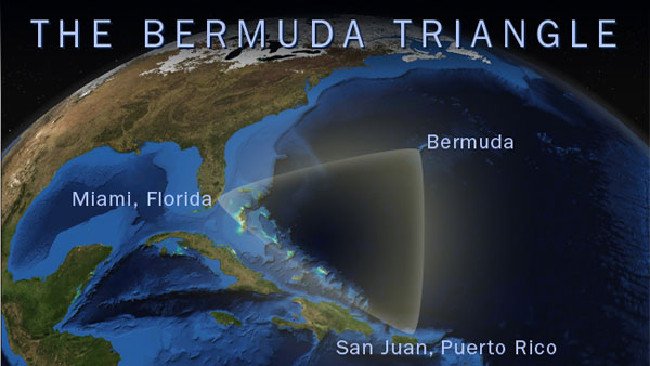 However, there is optimism that the craters will play a crucial role in giving more light to the perplexing phenomenon. Scientists also believe that the craters which are up to half a mile in width and 150ft deep will help in explaining the mysterious disappearance of ships and aircraft.

In trying to gain more understanding about the craters, Arctic University of Norway researchers have stated that they represent one of the largest hotspots for shallow marine. The opening of the craters due to explosions poses a potential risk to vessels traveling on the Barents Sea.

Experts say that Bermuda Triangle area expands all the way to Florida Coast and from the British Overseas Zone in the North Atlantic Ocean. However, the deputy head of the Trofimuk Institute and Russian scientist Igor Yeltsov has said that there is probably another version that presents Bermuda Triangle as a consequence of gas hydrates reactions.

In his explanation, Yeltsov explains that the reactions lead to an active decomposition whereby methane ice turns into a gas in an avalanche-like way whose result turns out to be enormous amounts of gas. The sediments will start leaking into the seabed and the water.

The gas eventually leads to the hitting up of the ocean and the ships will seek probably because of the uncertainty of the water. Researchers have this feeling that the massive blowout of gas is as a result of the numerous giant craters that are present on the sea floor in an area within the west-central Barents Sea.

And after this discovery, there seems like there is much more that than just meet the eye which scientists must unravel. Nevertheless, the latest development will have its details released and analyzed during the annual meeting of the European Geosciences Union next month.