Home News Scientists say, Climate Change is the main cause of Lucifer heatwave 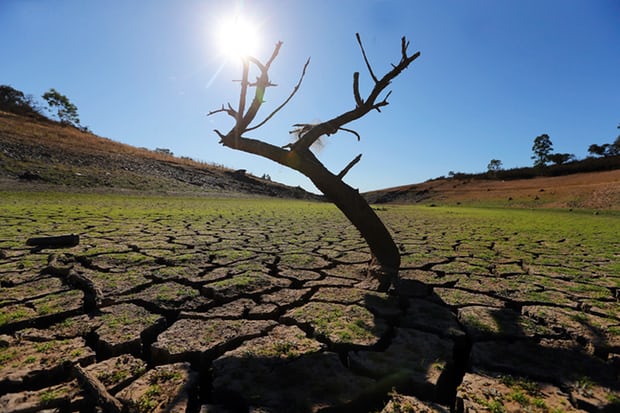 Well. Europe has suffered from repeated attacks of heatwaves in recent summer. Now, scientists have revealed that it was the climate change which was mainly responsible for the scorching temperatures across the Mediterranean nations of Europe during g the summer months. Further scientists have warned that, if global warming is not checked, then by 2050, Europe would be facing heatwaves with temperature soaring over 40 degree Celsius.

The World Weather Attribution (WWA) group put forward this new analysis by studying and understanding particularly the “Lucifer” heatwave that struck Italy, Croatia, and south-east France during early August. The researchers found out that the climate change caused by humans made Lucifer heatwaves four times more likely. A member of WWA, Friederike Otto of the University of Oxford, said that summers are becoming hotter because heatwaves have intensified in recent years. If nothing is done to check or reduce greenhouse gas emissions, these type of scorching heatwaves would become a normal thing in the upcoming years.

Actually, Climate change cannot be directly blamed for any type of extreme events because random extremes also tend to occur naturally. But researchers say that if we compare those extremes with historical measurements as well as computer models of a climate unaltered by carbon emissions, then we can observe that global warming has already become the main culprit for extreme and dangerous weather conditions.

Although, the thorough analysis of Hurricanes is more complex and time-consuming than heatwaves, still, scientists have hinted that climate change might have given rise to these giant super-storms that destroyed the Caribbean islands and some parts of the US. The researchers examined the Lucifer heatwave thoroughly during its three-day peak in early August and discovered that the intensity of such heatwaves has risen up to 1-2 degree Celsius since 1950 and the climate change has made these intense heatwaves four times more likely to take place than it would have been.