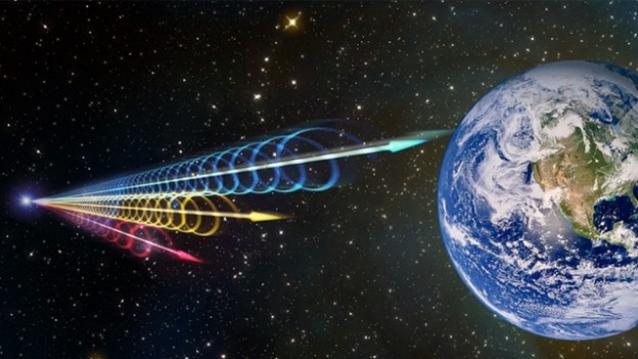 Humanity has always been enamored by the thought of finding other intelligent beings and civilization. Radio telescopes have been straining their ears to hear that first alien signal which will answer the question –Are we alone in this universe? A strange burst of the radio wave which has been puzzling the researchers for years has been finally traced. While one question has been answered, many new questions have been generated.

The source of the burst of radio waves had been traced by the scientists of Cornell University and astronomers of the world. It is now the job of the scientist to explain the radio burst and its existence in the first place. Fast Radio bursts or FRB detected first a decade ago. The FRB which caught the particular attention of the scientists was captured by Cornell astronomers and was named FRB 121102. They did not know the exact origin of the burst, but it came from a location which included some possibilities. The researchers joined hand with the NRAO or the National Radio Astronomy Observatory which enabled them to use the services of the incredibly powerful Karl G. Jansky Very Large Array to peer deeper into the universe.

It was a patient and 50 hours observation before they were able to hear the FBR once again. With ongoing help from other observatories, they were finally able to pinpoint the source of the FRB to a galaxy which was some three billion light years away. The researchers figured out that a radio source at such incredible distance must be a very strong source. The researchers had to figure out what was creating the radio bursts. The source could be a just born neutron star after a supernova explosion or a nucleus of a dwarf star. However, it will be some years before we could accurately say what it was.