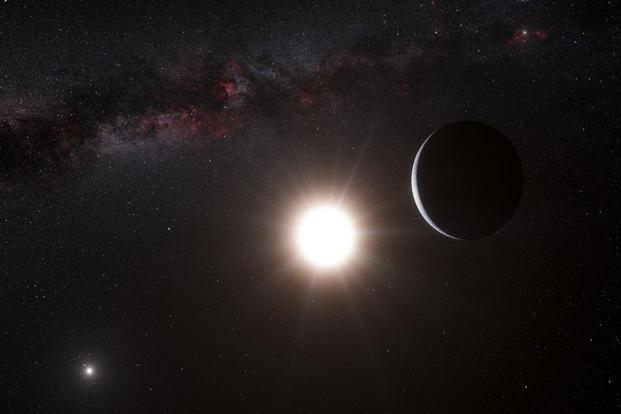 The binary system which all along assumed to be a typical single star or even a pair is a triple-star system according to Researchers at Harvard-Smithsonian Centre for Astrophysics. The system comprises of stars orbiting one another with the main being brighter than the rest of the stars. The discovery of three stars appearing in the sky is the fourth and offers the best look possible.

In the new system, KELT-4Ab takes the similarities of Jupiter regarding size being the giant planet. It takes three days to find its way through to the star KELT-A which serves as its sun hence it is relatively close to us and brighter. That means it becomes a possible candidate for study than any other star ever discovered in a triple system.

The other two, KELT-B and C, which appear much dimmer, are relatively far away and will take approximately close to thirty years to orbit around each other and close to four thousand years to orbit KELT-A. They pair though distant from the larger star; it is also smaller than what is commonly seen in the sky.

According to the Scientists, the triple-star system presents such a unique opportunity to those who are passionate about understanding how giants KELT-4Ab manages to orbit so close to their star. The system is also interesting because due to that it is what the scientists have all along referred to as the hot Jupiter planet.

The lead author of the research and an associate of the Harvard-Smithsonian Center for Astrophysics, Jason Eastman says that binary system KELT-4BC must have driven the planet KELT-4Ab so close to its star. And together with his workmates and out of curiosity, they intend to study and unravel the mystery behind the orbital movements of these stars. The team will use the European Space Agency’s Gaia satellite to riddle out the gravity pushed through KELT-4Ab to such a hot point.