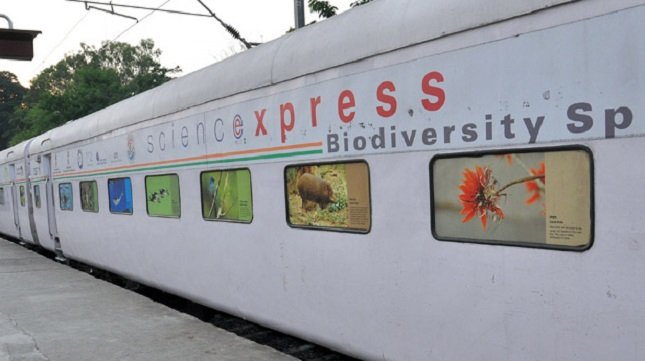 The Science Express is all set to talk and focus on climate change this year, as confirmed by Prakash Javadekar, Minister for Environment, Forests and Climate Change, on July 8, 2015.

Counted among the commendable efforts by government for biodiversity, the Science Express is a special that travels around the country for spreading awareness among people regarding biodiversity.

As announced by minister Prakash Javadekar, this year the 16-coach train will work on talking about climate change, water and the need for energy and water conservation. The focus of the new awareness program will be students, along with common people.

The minister also said that many new and positive steps on climate change has been taken, and the Science express will take the same to the people of the country.

On July 8, 2015, the ministers met and discussed the contours of the subject and how it should be presented to the people. The minister also said that the suggestions included participation of the state governments along with students, experts and other volunteers from “various institutions of the ministry”.

The Science Express has been initiated as a joint venture between environment ministries and railways, along with science and technology department. It was first launched in 2007.