Samsung has reportedly filed a patent for a flexible TV that can be rolled up like a scroll. According to reports, the company has filed a patent for a Television with the Korean Intellectual Property Office (KIPO) and the United States Patent and Trademark Office (USPTO) for a display that is capable of folding.

Commenting on the development, a tech reporter who works with a leading Samsung-centric portal disclosed that he personally doesn’t like the idea. He wouldn’t like to roll up his TV into a scroll-like object at 4:30 AM on a Saturday after a long night on Gears of War 4. He will have to un-wrap the TV in the morning.

According to industry analysts, the new foldable TV will significantly improve user convenience since they will be able to roll up TVs when they are not using it. However, we don’t have any clear idea as to how Samsung is planning to implement the technology. If this technology is implemented, you will be able to easily transport the TV from one place to another by just folding the display. 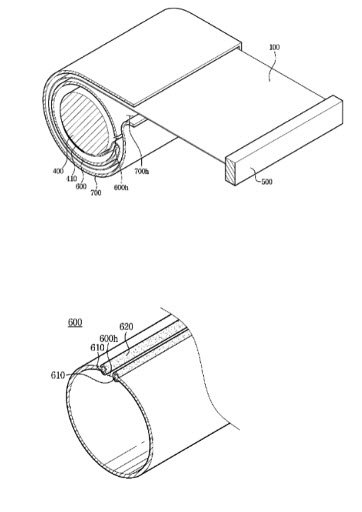 Samsung flexible TV will be useful for transportation

Even though the concept will not be feasible for homes, the technology will be useful during transportation of household items during shifting or relocation. He also said that there is not much demand for equipment like a foldable TV.

There are reports that the technology envisaged in the patent filing will never come to light. Samsung will usually file patents for a wide range of designs, names and components on a daily basis. You should note that only a small fraction of the patents will emerge as the final product.