Samsung Mobile chief Dong-Jin Koh aka DJ Koh has publicly apologised for the Samsung Galaxy Note 7 fiasco. He bowed in front of the assembled media personnel and promises to restore the trust of consumers. Until today, the company had kept staunch silence over the whole Note 7 debacle.

During a press conference in South Korea, Koh expressed his deep anguish and frustration with the entire Galaxy Note 7 fiasco. He expressed confidence that trust of consumers will be restored to make sure that they are not afraid of Samsung handsets. 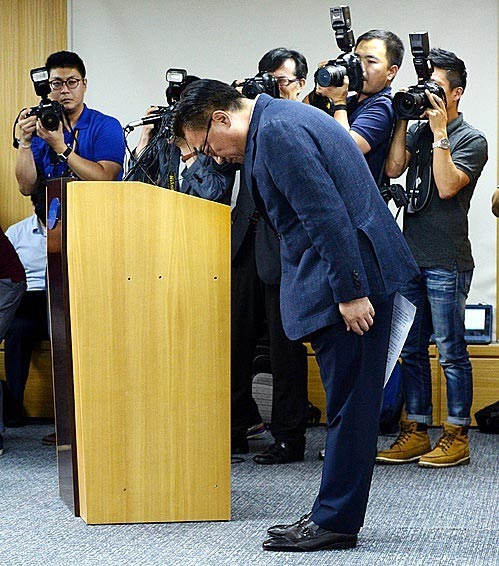 Samsung will find the root cause of Galaxy Note 7

Addressing the gathering, he revealed that the company would find the exact cause behind the Galaxy Note 7 battery issues. He promised to restore the trust of consumers to enable them to make use of Samsung products without any safety concerns.

Meanwhile, Koh got plenty of support from Samsung loyalists and employees after the Galaxy Note 7 exploded at various places around the world. He expressed his gratitude towards them at the press conference.

Originally with Samsung since 1984, Dong-Jin Koh joined the mobile business division in 2007. In 2015, he was appointed as the head of the mobile division, taking over from Jong-kyun Shin. Koh played a major role in the development of the stylus for the Galaxy Note series including Samsung Pay.

Samsung has officially suspended the sale and production of Galaxy Note 7 units. The company is offering free replacements with the Galaxy S7 and Galaxy S7 Edge for those customers who return the Note 7 handsets in a special package with explosive free materials. Based on customer preference, Samsung is also offering a full refund.

In a statement, Samsung clarified that the effect of the discontinuation of Galaxy Note 7 will be felt across two-quarters. According to industry analysts, the company will suffer losses to the tune of $3 billion.

Samsung has disclosed that they are currently planning to expand sales of Galaxy S7 and Galaxy S7 edge. Moreover, the company will lay stress on enhancing product safety for consumers by making significant changes in its quality assurance processes.

Even though the Galaxy Note 7 problem is due to a manufacturing defect in the batteries, Samsung engineers are unable to reproduce the explosion during the testing phase.