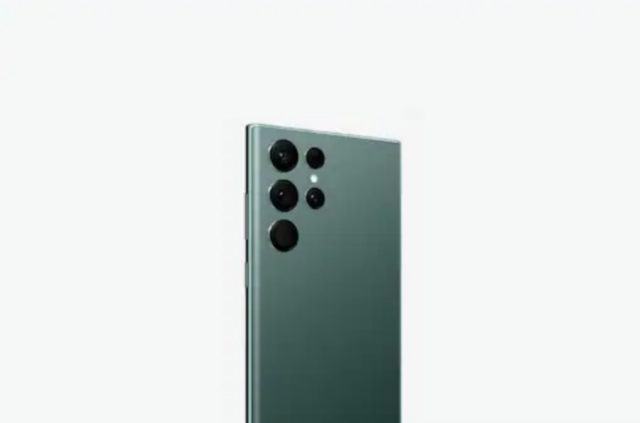 What that means is, buyers of the Galaxy S22 Ultra will have the option to go for models having 12 GB of RAM while storage varies from 256 GB, 512 GB, and finally 1 TB for the top-end version. The other models will set one back Rs. 1,18,999 for the version with 512 GB of storage while the top-end version with 1 TB of storage will cost Rs. 1,34,999. The S22 range also includes the base Galaxy S22 and the Galaxy S22+ which act as the intermediary model sitting between the S22 and the S22 Ultra.

Samsung, meanwhile, is also offering a slew of discounts and other attractive offers with the new green version of the S22 Ultra. For instance, those opting to buy the Galaxy S22 Ultra will have the option to buy the Galaxy Watch 4 for just Rs 2,999. The Galaxy Watch 4 otherwise costs Rs. 26,999. This apart, owners of the Galaxy Note series of smartphones also stand to benefit from an upgrade bonus of Rs. 12,000. As it is, the Galaxy S22 Ultra is also being seen as a replacement for the Galaxy Note series and comes with an internal case for the S Pen stylus.

Meanwhile, those owning the Galaxy S series, Galaxy Z Fold series or the Galaxy Z Flip series qualify for an upgrade bonus of Rs. 8,000. Apart from these, Samsung is also offering the option of no-cost EMI. Those opting to buy the Galaxy S22 series using HDFC Bank credit and debit cards will have a cashback offer of Rs. 5,000. The same applies to those who purchase the S22 series via Samsung Finance+.

The new Green colour variant of the S22 Ultra has gone on sale in India starting April 8 and can be purchased via Amazon or the Samsung online store in India.