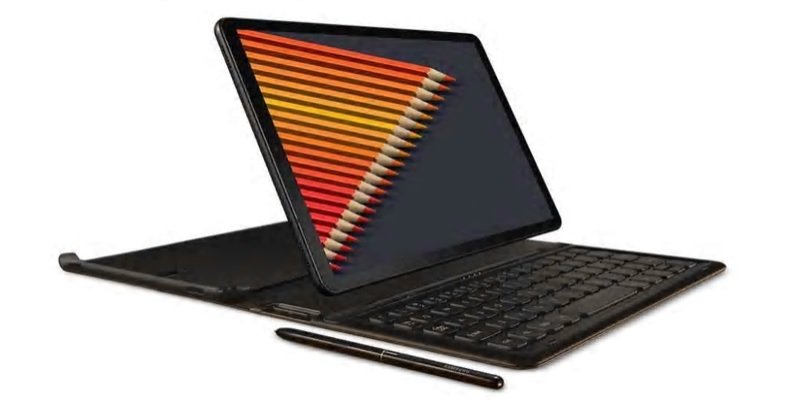 Samsung Galaxy Tab S4 was recently launched in India during an event in Gurugram. Priced at INR 57,900, the tablet will go on sale via Samsung online store along with other leading retail stores across the country. Besides, the tablet will also be available exclusively via Amazon India starting October 20.

Samsung will also be selling the standalone Keyboard Book cover for the Galaxy Tab S4 at INR 7,499. The standard Book Cover will be available for INR 3,999 and the POGO Charging Dock will be available at INR 3,499.

The Samsung Galaxy Tab S4 comes with Samsung DeX that transforms it into a full-fledged desktop. It allows users to open multiple Android apps just like they would on their PCs, along with popular apps such as Microsoft Word, Excel, and more. Besides, it comes bundled with an S-Pen, AKG-tuned speakers as well as Dolby Atmos support.

As for specifications, the Galaxy Tab S4 sports a 10.5-inch Super AMOLED display with a 2560×1600 pixel resolution and an aspect ratio of 16:10. Under the hood, the tablet gets powered by an octa-core Snapdragon 835 processor bundled with 4GB of RAM and 64GB of built-in storage. The device also offers up to 400GB of expandable storage via a dedicated microSD slot.

The Galaxy Tab S4 runs Android 8.1 Oreo with Samsung Experience UX on top. Juicing up the device is a 7,300mAh battery with fast charging support.