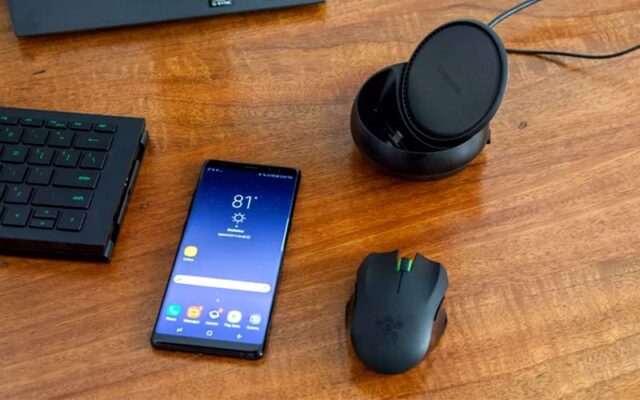 The official accessories to be paired with the upcoming Samsung Galaxy S9 and S9+  has been leaked by an online retailer which includes numerous protective covers with an all-new convertible charging pad along with the latest DeX Pad which is soon to be officially announced.

SamMobile reported over the weekend that the online store Mobile Fun has reached out to the company to confirm all the associated accessories to be paired with the highly awaited Galaxy S8’s successor along with its larger variant Galaxy S9+. From the leaked information, it looks like the smartphones shall arrive with numerous cases and covers for the flagship phones by Samsung.

Each Galaxy S9 comes with cases of numerous colors like black, mint, blue and red Alcantara. Each of this cases shall be sold for $66.78. Apart from this, the smartphones also have their own line of Clear View Stand Cover cases that are valued at $80.15 with colors such as blue, black, purple and gold. Hyperknit Cover cases are also available in colors of red and gray priced at $46.74 each.

The new flagship handsets are still being kept under the cover to be revealed on the official date which means that the retailer Mobile Fun does not possess photos for many of these accessories as of now. On the other hand, SamMobile has made claims stating that Samsung is soon to launch a wireless charging pad for the new Galaxy S9 and S9+. The new charging method shall replace the old convertible charging pad that is currently being marketed by Samsung for Galaxy S8 and Note 8.

Along with the wireless charger, Samsung might also introduce the latest version of the DeX Pad with the launch of S9 and S9+. This pad will let the Android users utilize the display of their connected phone as a mouse with the help of Android Oreo 8.0. The new DeX Pad shall also display the capability of acting as a keyboard to the whole setup. This will let the users take advantage of all the capabilities of the DeX.

The Galaxy S9 shall come only with some minor upgrades to the Galaxy S8. Fans awaiting the launch of the latest phone should not expect a major transformation. However, the S9 shall grab a lot of attention with the Qualcomm Snapdragon 845 chipset, 3200mAh battery along with a newly improvised Iris Scanner.