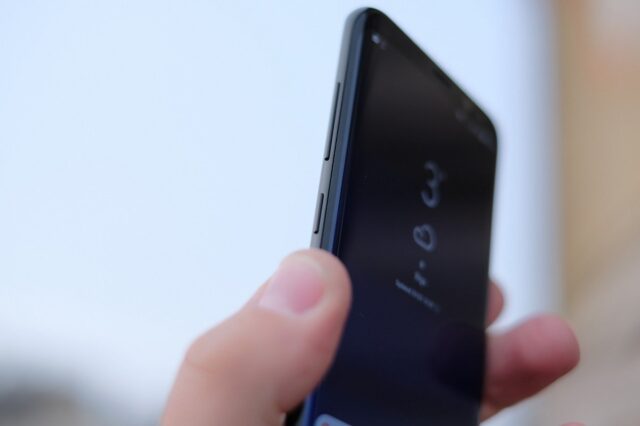 Last year’s Samsung Galaxy S7 and Galaxy S7 Edge were one of the best Android smartphones in 2016. Now, it appears the newly launched Galaxy S8  has the bragging rights. The smartphone has bagged the highest pre-orders than any other Galaxy phones in the past, making it one of the most successful smartphone launches for Samsung. But as Galaxy S7 user, should you consider upgrading to the new Galaxy S8. After spending some time with the two here’s our comparison between the two Galaxy flagships. We’ll try to find out whether the newly launched  Galaxy S8 is a worthy successor to last year’s Galaxy S7.

Samsung has heavily focused on the Galaxy S8’s design aesthetics. The highlight of the device is its Infinity Edge display which pretty much consumes the phone’s front panel, which means there almost negligible bezels. Now, this implies the Galaxy S8 sports a much larger screen than its predecessor, and at the same time retains that compact form factor which makes it easier to hold and operate with one hand.

In terms overall design, the Galaxy S8 is quite an upgrade compared to last year’s model. Besides, its also comes with full water resistant capabilities, implying you can easily tag it along in your shower.

The Galaxy S8’s display not only gets curved edges, it almost covers the entirty of the phone’s front. Now, this fetches an improved aspect ratio of 18:5:9 which makes it ideal for watching full HD movies or playing games. The Galaxy S8’s 5.8-inch display certainly takes the crown of the best smartphone displays, it has what’ you’d call the abilty to reproduce true-to-life images.

The Galaxy S7 was offered in a choice of two different variants – one featuring a Snapdragon 820 processor, while the other packed Samsung’s home-grown Exynos 8890 chipset. Both models delivered top-notch performance while playing high-end games, watching high-res videos or editing videos on the move.

The newest Galaxy S8 comes equipped with the latest Snapdragon 835 processor. Qualcomm says it offers 20 percent improved performance and battrey life over its predecessor. Elsewhere, the Galaxy S8 also comes with a microSD slot like its predecessor, so there’s ample amount of space for your massive media library. Bedies, it also offers 64GB of built-in storage which ensures you’re never short on space.

Not much has changed when it comes to the battery. Both the Galaxy S7 and Galaxy S8 come with a modest 3000mAh battery with Fast Charging support, which should easily offer a day and a half of normal usage.

However, the Galaxy S8 comes with wirless charging support as well which the Galaxy S7 lacks.

Elsewhere, the Galaxy S8 also comes with a plethora of new features such as an Iris scanner, full facial recognition, along with the ability to get a Desktop experience. Thanks to Samsung’s new DeX Station accessory, users can connect their Galaxy S8 to an external monitor, mouse, or a keyboard.

Not much has changed in terms of the camera setup. The Galaxy S8 still retains the single-lens camera of last year’s model. Both the Galaxy S7 and the Galaxy S8 feature a 12MP primary camera with f/1.7 aperture. Also, both smartphones feature the Dual Pixel focus technology which immensely improves the shutter speed. In addition, both devices have the OIS feature which takes care of jerky hand movements.

Overall, both smartphone cameras are equally good. Shots taken have plenty of details to gawk at. Even images shot in low-light conditons turn out to be quite a delight.

Being equipped with the latest Snapdragon 835 processor alog with features such as wireless charging, Iris scanner, full facial recognition, and more – the unlocked Galaxy S8 is available for pre-order for $724.99. On the contrary, you can pick up the Galaxy S7 for around $450 which is much cheaper than the Galaxy S8.

Should you upgrade to the Galaxy S8

Despite the Galaxy S8’s rather steep price tag compared to last year’s model, the smartphone has all the makings of a true succssor and a worthy upgrade. It certainly brings back the excitement in smartphones that has been missing off-late, especially its vivid and eye-popping Infinity Edge display.

Colors look punchy and vivid, while its contrast ratio truly brings the phone’s screen to life. The Galaxy S8 is a phone with no compromises (for the most part) and sets a new benchmark for other rival smartphones. It’s equal parts performance and equal parts style.