According to reports, the alleged 3D renders of the Samsung Galaxy S8 and S8 Plus has been revealed on GSMArena after a tip from an unknown case manufacturer. The portal claims that they have access to a picture, which reveals the exact measurement of the smartphone. 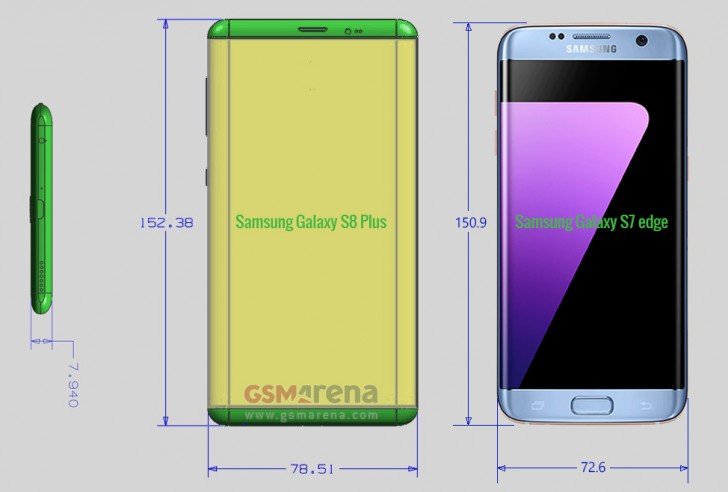 Coming to Samsung Galaxy S8, the handset is compared to the Galaxy S7 in the leaked renders. Interestingly, the upcoming phone will be 7.30mm in thickness when compared to 6.96mm in the Galaxy S7. 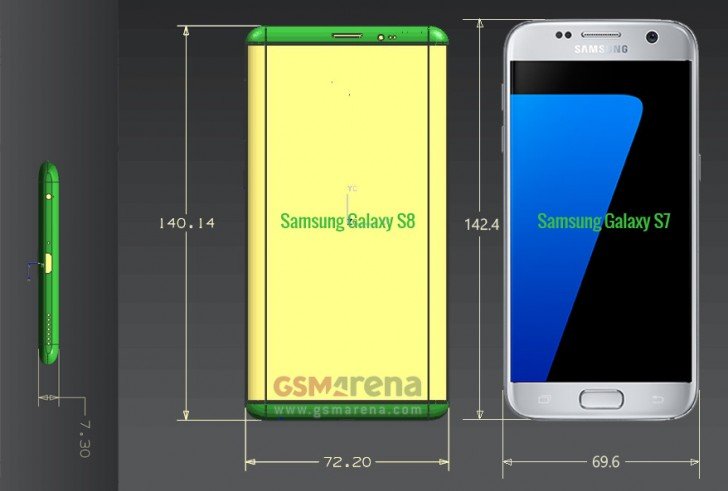 If you examine the renders carefully, you will be able to spot micro-USB ports in both phones instead of USB Type-C. The increase in thickness is mainly attributed to increased battery capacity. Based on latest technological trends, the Galaxy S8 should integrate a fast charging port so that the phone will be able to compete with other leading handsets.

If rumors are to be believed, Samsung will provide support for Gear VR headset. Moreover, the display panel is larger than the phone released in 2016 because the upper and lower bezels are comparatively smaller. The leaked pictures are more or less same as those handsets that Samsung Display portrayed in the ads for the upcoming AMOLED displays.

That said, you can expect something great about Samsung Galaxy S8 in the upcoming weeks. We are also waiting for the official launch of the Galaxy S8 at MWC 2017 by the end of February.