Home News Samsung Galaxy S10e vs iPhone XR: Which is a better Flagship? 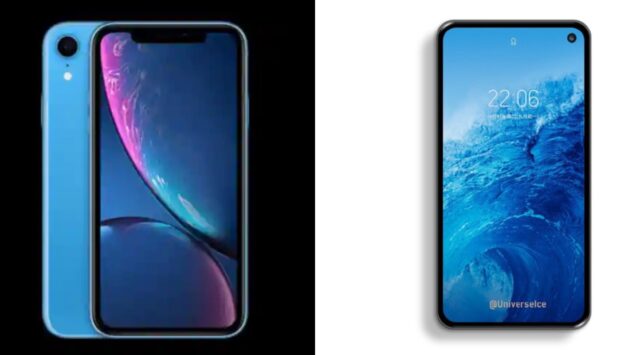 No doubt, Samsung and Apple are two of the most preferred brands when it comes to buying a flagship smartphone. While Apple came up with the iPhone XR to justify the XS’s high price, the Korean giant has now launched the Samsung Galaxy S10e to take on Apple’s budget contender. That being said, let’s do a head to head Samsung Galaxy S10e vs iPhone XR comparison to see which smartphone slays the other.

Before we start with the Samsung Galaxy S10e vs iPhone XR comparison, let’s have a look at the pricing of both the handsets. Note that both the S10e and iPhone XR bear the same global pricing of $749. Whereas, things change for the Indian market. 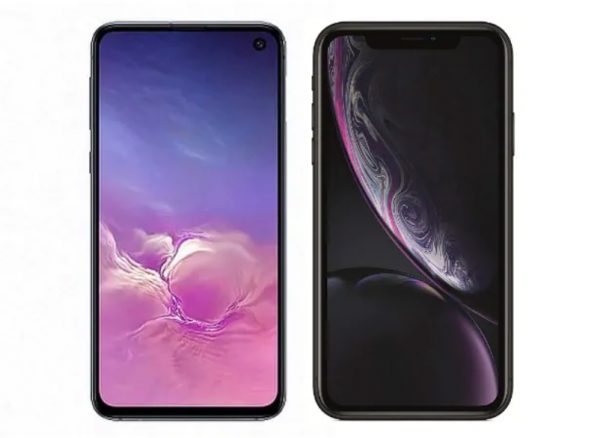 As far as the design is concerned, the Samsung Galaxy S10e has a totally different approach than the iPhone XR. Notably, the iPhone XR gets a minimal design. It has a traditional notched display upfront and a glass back backed by an aluminium chassis.

Whereas, the Galaxy S10e shines with its own aesthetics, counting in a much cleaner display and typical dual camera setup at the rear. The punch-hole notch up front makes it stand out and more appealing for most. Nonetheless, both phones have limited durability due to the glass back. Fortunately, the S10e retains the headphone jack and microSD card slot absent on the latter.

That being said, the S10e nails sunlight legibility with a maximum brightness of whopping 1200 nits while the iPhone XR maxes out at 700nits. Which too is good enough but can’t match up with the Samsung’s panel. Lastly, the support for HDR10+ gives the S10e a clear edge over the competition.

Let’s get through what’s on paper first. The iPhone XR features a 12 MP single shooter at the rear, touting an f/1.8 aperture, 1.4µm pixels, OIS and PDAF. Further, there’s a 7MP f/2.2 TrueDepth front camera for selfies and video calls.

The Samsung Galaxy S10e, on the other hand, gets a 12MP (with OIS and f/1.5-f/2.4 variable aperture) and 16MP wide-angle rear camera. Housed in the punch hole upfront, we have a 10MP selfie shooter with f/1.9 aperture and support for live focus. While the XR’s front camera can shoot max 1080p at 60 frames per second, the one on S10e can go 4K.

Indeed, the Samsung Galaxy S10e wins the camera round. However, cameras shouldn’t be solely judged based on the spec sheet. Let’s wait for the camera comparisons to speak the truth. That being, the S10e offers the perks of better hardware and a dedicated wide-angle shooter.

The Samsung Galaxy S10e is powered by the 7nm octa-core Qualcomm Snapdragon 855 SoC in some regions and the 8nm octa-core Samsung Exynos 9820 SoC in other regions including India. Despite being newer, both the Snapdragon & Exynos models of the S10e fall short against the Apple’s beefy A12 Bionic. It’s almost a year ahead of the competition.

As far as the battery is concerned, the Galaxy S10e packs a 3,100mAh battery and supports Fast Wireless Charging 2.0, Wireless PowerShare, and fast wired charging. Whereas, the XR brings in a 2,945mAh battery with support for Qi-based Wireless Charging. Considering the better optimisation and relatively lower pixels to push, the iPhone XR is significantly better than the S10e when it comes to performance and battery life.

The iPhone XR, no doubt is a great smartphone, especially for iOS lovers. However, Samsung has played quite tough against Apple by offering a far better display with punch-hole, better cameras, 128GB as base storage and a plethora of extra features that include Wireless power share, 3.5mm headphone jack, IP68 rating (vs IP67), desktop Dex Mode and much more. All of this for 12K cheaper than the base model of the iPhone XR.

That being said, the Galaxy S10e clearly wins the Samsung Galaxy S10e vs iPhone XR comparison with better value for money and features. Anyways, if you still prefer to have iOS over Android, the power-packed iPhone XR is a compelling alternative to go with.