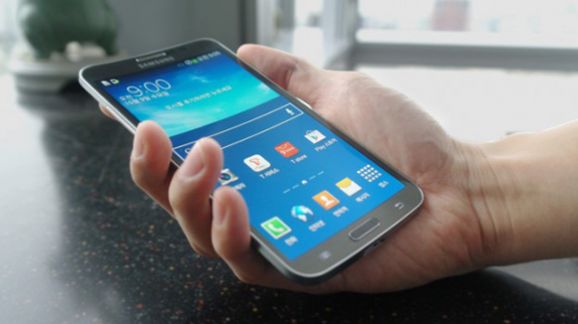 Smartphone with a curved display, amazing isn’t it? Yes, Samsung has launched the first Smartphone in the world with a display that is curved. A variant of the Galaxy Note, the launch of this curved display Smartphone positions Samsung much closer to achieving the goal of wearable devices with flexible screens.

In the race of innovation, the curved displays have brought Samsung in the frontline with its arch rivals in the field like Apple and LG Electronics. As it is, the South Korean electronics maker is striving to expand its lead in the market of high end Smartphones and this breakthrough is definitely a step ahead.

According to Hana Daetoo Securities analyst, Nam Dae-jong, this launch is a step forward for Samsung for creating unbreakable gadgets and flexible devices in due course.  Dae-jong further added that Samsung did not yet have the capacity for large-scale production of curved touch-screens for the new Galaxy Round. Moreover, the curved display doesn’t come with many unique features, which is why it might not be massively compelling for buyers, he stated.

As per company statement, among the various features of the Galaxy Round, the unique is its 5.7-inch display, which has a slight horizontal curve. The phone weighs less than the Galaxy Note 3, thereby offering a better grip than most other flat-screen models available in the market.

Other key features include a tilt function for users to check missed calls and battery life even with home screen being off. Besides, by simply pressing the screen’s right or left, the users will be able to scroll through media files in the new Smartphone.

The battery in the Galaxy Round is not curved but will rather take a new form to support flexible screens, as per company statement.

The Galaxy Round will be available only in South Korea initially and there has been no news of it being released in other markets yet. The new curved screen phone will be available through SK Telecom, South Korea’s biggest mobile carrier and will cost about 1.089 million won or US $1,000.