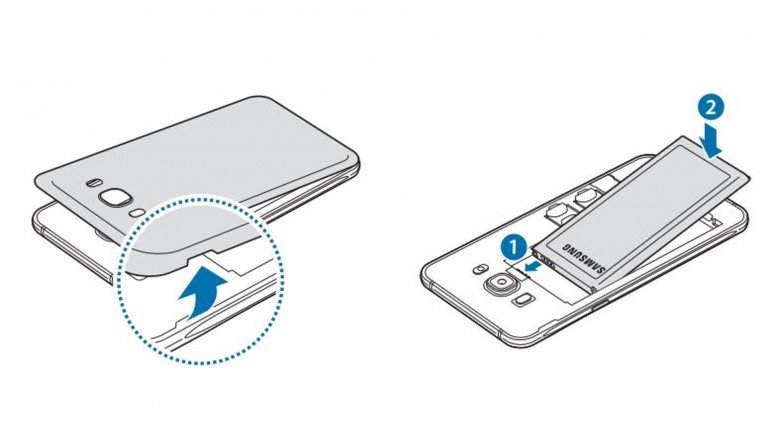 Samsung is all set to overhaul the year old Galaxy J5 and J7 with the expected launch of the improved models with metal frames before Q2 2016.

However, we have been seeing the emergence of Galaxy J5 (2016) and Galaxy J7 (2016) on rumor mills since January and more recently the official user manuals for both handsets surfaced for carriers China Mobile and China Telecom on Samsung’s website. In all probability, the second generation J5 and J7 will launch in China before it goes to other markets.

From the images, we can see that the handsets will be equipped with a removable battery with antenna slits on the phones’ frames. Although there is no mention about metallic frames, we can easily infer that slits are only required on metallic devices.

The rear side will be removable and a front-facing LED flash is about to make a comeback as we can see the flash hole clearly from the images on the manual.

Both Galaxy J5 and J7 will be loaded with Android 5.1 Lollipop and will also come preloaded with Samsung’s music player app. On the connectivity front, the manual says that the devices will feature NFC though the presence of it will be market dependent.

We don’t have any information about the addition of a fingerprint sensor though there is a possibility of including one in Galaxy J7 (2016). As per the leaked specs and available data, the 2016 variants will improve the user experience to a large extent by integrating features which are frequently demanded by users.

Samsung hasn’t revealed the exact launch date of Galaxy J5 and Galaxy J7, which is considered as the popular budget smartphone ever released by the company. However, the devices are expected to hit retail stores soon considering the launch of the official manual and the handsets acquiring Bluetooth SIG and FCC certifications.