Just after announcing the newest flagship, the Galaxy Note 9 in India, Samsung has recently announced another smartphone. This time, it’s an entry-level budget offering. The Galaxy J2 Core is company’s most affordable smartphone priced at INR 6,190 and is powered by Google’s Android Go platform.

Now there’s some things that you will immediately notice like the removable back, plastic build and a small 5-inch display with chunky bezels. As this phone is powered by the toned down version of Android, the Android Go, the phone has 1GB RAM and 8GB internal storage which can be expanded up to 256 GB via micro SD card.

We have been using the Galaxy J2 Core for a week now and here’s what we think & feel about the phone.

Box has a simple design. There is the J2 Core branding on top. As soon as you lift the top part, you get the smartphone. Underneath lie the documentation and the supplied accessories.

The smartphone has a small form factor with the rounded corner design for easy one-handed usage. Samsung has gone with high-quality plastic to make the smartphone. The back is removable, giving access to the removable battery and SIM slots. 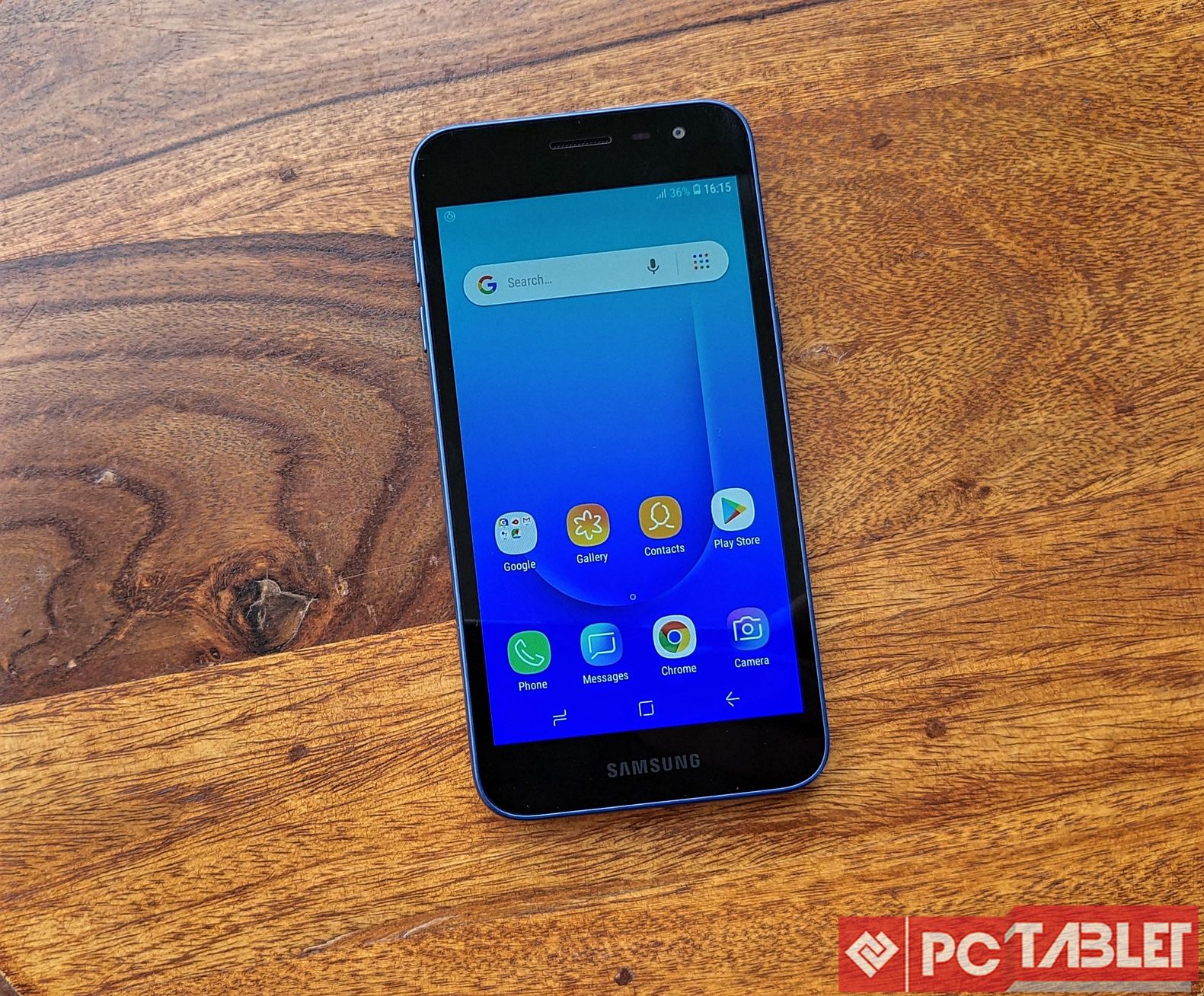 Along the back, you find the 8-megapixel camera with the LED flash and speaker. The power button is placed on the right side while the volume rockers are moved to the left. The bottom of the smartphone houses the 3.5mm headphone jack along with the microUSB port. 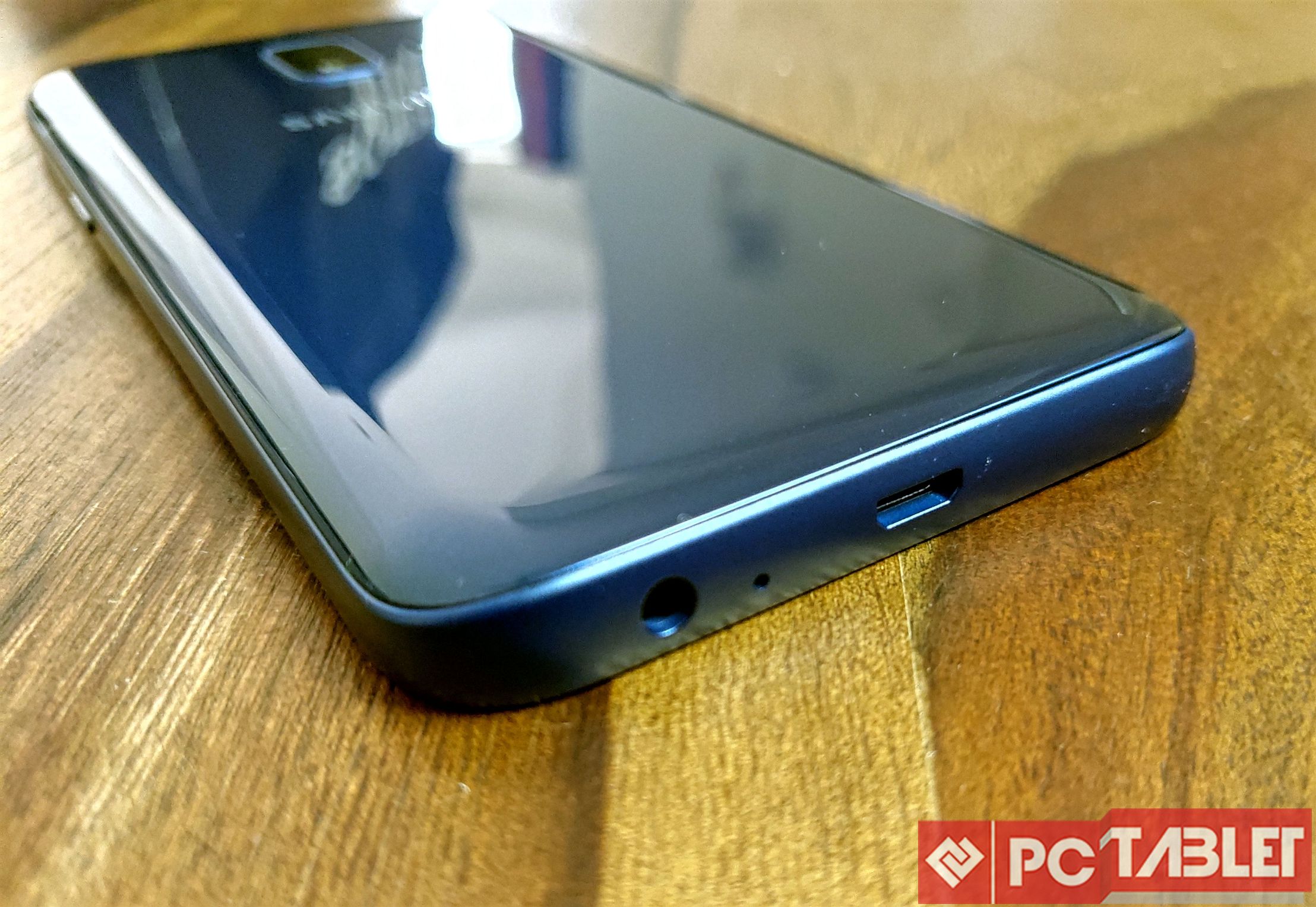 The front of the smartphone packs a 5-inch TFT display with a resolution of 540 x 960 pixels. There are the sizeable amount of bezels on top and bottom, with the Samsung logo placed on the chin. The display has decent viewing angles but lacks in color reproduction. The outdoor visibility is poor as well. Lack of light sensor also adds a task wherein you have to manually set the brightness.

The Galaxy J2 Core is powered by the quad-core Exynos 7570 SoC, coupled with 1GB of RAM and 8GB of internal storage. Now the storage is less than what the competition is offering in the market currently. To compensate for this, Samsung has added a microSD card slot that can take up to a 256GB card.

The performance is on par with other Android Go powered devices and we didn’t notice anything unusual here. The app load and switching times are quite less. Samsung has worked on delivering a decent user experience which is reflected in the product.

On the software side, the J2 Core runs the toned down version of the Android, called the ‘Android Go’ with Samsung’s very familiar UI on top. The Android version here is 8.1 Oreo which should be updated to the Android 9 Pie in the coming months.

Samsung has preinstalled apps like Google Go, YouTube Go, Maps Go, Facebook Lite, Samsung Max, and Samsung Members with some of them being quite useful, other not so much. The whole UI is snappy and we didn’t run into any issues.

Both the cameras perform decently in the daylight but things aren’t quite the same for low light photography. The rear camera can shoot videos up to 1080p in resolution but we’ll suggest the users to keep the resolution down for better results.

We would have likeed some additional functionalities in the camera app like HDR which the competition provides. Overall we have mixed feelings about the camera on this one. 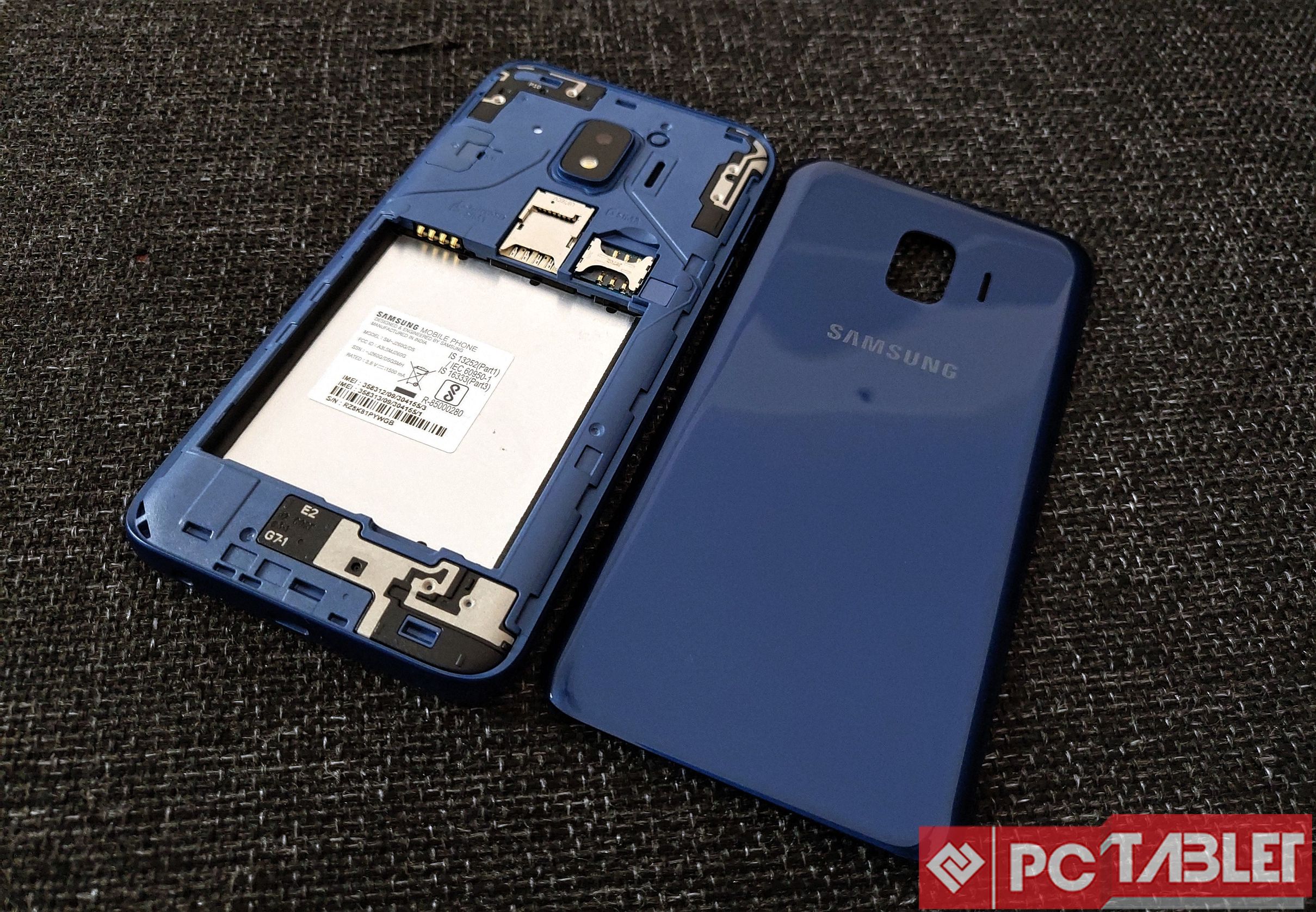 The Galaxy J2 Core is packed with a 2,600 mAh battery which is sufficient considering the size of the smartphone. In our tests the battery lasted well over a day in moderate usage. Charging times via the supplied charger are close to 2 ½ hours.

Samsung Galaxy J2 Core is a decent offering for first time Android users. Android Go running the show here makes the phone snappy. The design is also functional and adds a point to the overall appeal of the smartphone. The only issue here is with the pricing, Samsung in our opinion should have priced the smartphone a little more aggressively considering the market trend.