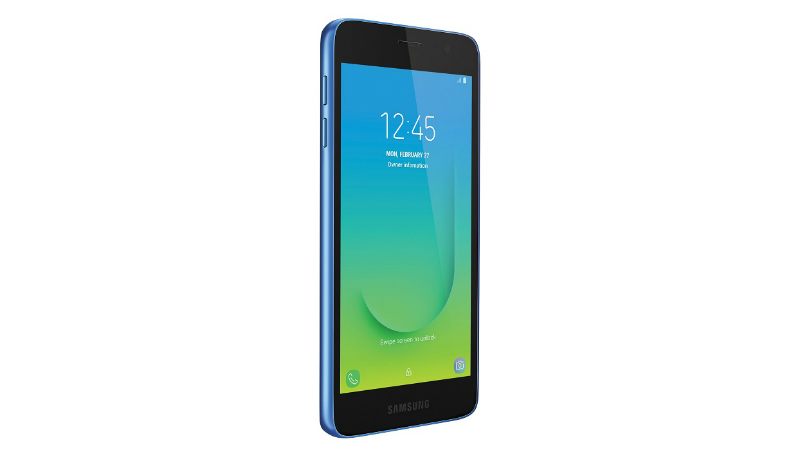 Samsung Galaxy J2 Core is now available for purchase in India via offline retail and Samsung’s online store in India. Priced at INR 6,190, the budget Android Go smartphone is offered in a choice of black, blue, and gold colour variants.

In terms of specifications, the Galaxy J2 Core flaunts a 5-inch quadHD AMOLED display. Under the hood, the smartphone gets powered by Exynos 7570 processor bundled with 1GB of RAM and 8GB of expandable storage. The device also offers expandable storage upto 256GB via microSD slot.

Elsewhere, the handset packs a 2,600mAh battery which the company claims offers up to 11 hours of non-stop video streaming on Youtube Go. As far as cameras go, the Galaxy J2 Core is equipped with an 8MP primary camera and a 5MP front-facing shooter.

The handset also comes preloaded with apps such as Google Go, Gmail Go, Maps Go and more. That beings said, the Galaxy J2 Core Note is not a stock Android phone as it has a layer of Samsung’s proprietary UI on top.

“Galaxy J2 Core reiterates Samsung’s commitment towards meaningful innovations that delight our customers. We are pleased to integrate industry-first smart memory management solutions that allow apps or content on the memory card. We are also pleased to partner with Google in bringing the latest Android experience for entry-level smartphones with Oreo (Go Edition) on Galaxy J2 Core. This approach eradicates current consumer pain points by opening apps 15% faster, delivering 2X storage out of the box, and allowing consumers to stream content for up to 11 hours on YouTube Go. This is indicative of Samsung’s commitment to a digitally enabled India by allowing our customers to Go Faster & Go Longer,” said Sumit Walia, Director, Mobile business, Samsung India.

The Galaxy J2 Core joins the list of other Android Go phones that have been launched in India this year. These include the likes of Nokia 1, Nokia 2.1 and Micromax Bharat Go.