The main attraction of Samsung Galaxy J1 Mini Prime is the integration of a wide view design coupled with the compact size and comfortable grip. Moreover, there are reports that Samsung has infused ultra-power saving mode into the handset.

Coming to specifications segment, the Samsung Galaxy J1 Mini Prime will feature a 4-inch WVGA TFT display, 1GB RAM, and 8GB internal storage. Based on the leaked specifications, we infer that there will be two variants of the handset. The 3G model will have a powerful quad 1.2GHz, while the 4G LTE variant will be equipped with a 1.5GHz processor. 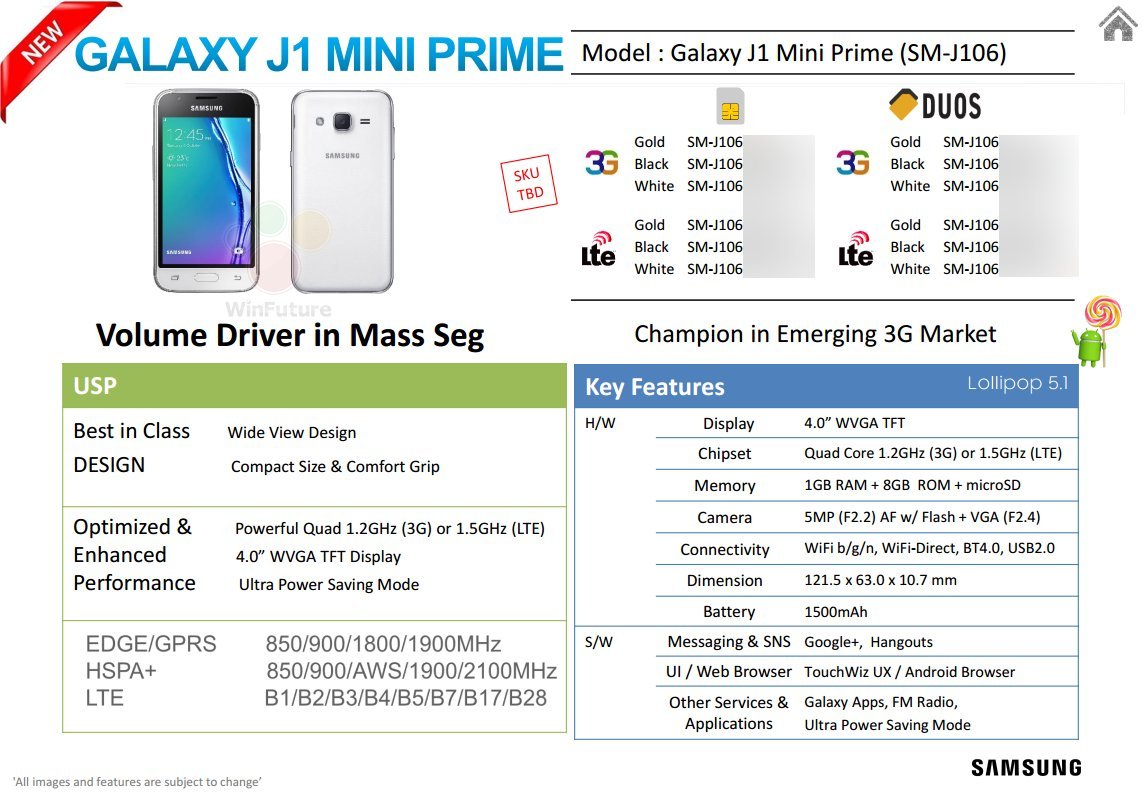 On the optics front, the upcoming Samsung Galaxy J1 Mini Prime will probably offer a 5MP sensor with f/2.2 aperture and LED Flash. You need not have to expect any premium style front-facing snapper. The leaked specs reveal a paltry VGA sensor with f/2.4 aperture.

With 1500mAh battery capacity, the handset will measure 10.7mm thickness. Moreover, the phone will have all major connectivity features such as Wi-Fi, Bluetooth 4 and USB 2.0.

The leaked specifications suggest the fact that the handset will be loaded with Google+, Hangouts in addition to traditional Galaxy Apps and FM Radio. You will be working with the TouchWiz UI and Android browser.

Talking about the price, we can confirm from the specifications that the phone will be suitable for budget users. The 4-inch display has been obsolete but still some people prefer a small handset. We don’t have any information about the expected release date. Since the specs were leaked directly from Samsung, we expect the launch of the phone before the end of 2016.