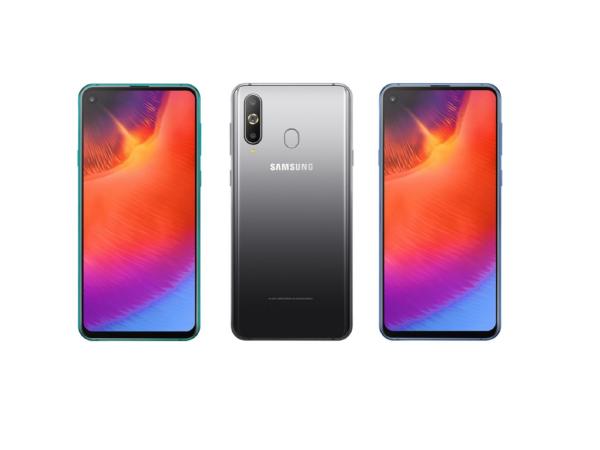 Samsung has now unveiled the all-new Samsung Galaxy A9 Pro 2019 smartphone in its homeland South Korea. The device is apparently another variant of the Galaxy A8s that arrived back in December in China.

Main highlights of the new A9 Pro include an Infinity-O display with a punch hole for the camera, triple lens rear camera setup, and a 24MP selfie camera.

Starting with the design, the A9 Pro gets an all-screen display at the front with minimum bezels on all sides. The back is crafted out of glass and is a home for the vertically stacked pair of triple lenses. There’s also a fingerprint scanner which sits right next to the Cameras. Furthermore, the volume rocker keys and power keys are located on the right side of the frame whereas the USB Type-C port, speaker grill, and the microphone reside at the bottom edge. The company has also included a dedicated Bixby button on the left frame of the smartphone.

The Samsung Galaxy A9 Pro (2019) comes in a glass sandwich design, reminiscent of the Galaxy A8s. While the company hasn’t revealed all the specifications, the handset bears a 6.4-inch Infinity-O display with an aspect ratio of 19.5:9. As mentioned, the screen gets a punch hole on the top left corner for the front camera.

While the processor used isn’t mentioned, the device packs 6GB of RAM and 128GB of internal storage. Nonetheless, we can expect it to be the Qualcomm Snapdragon 710, as on the Galaxy A8s.

In the optics department, the Galaxy A9 Pro (2019) sports a triple rear camera setup. The setup comprises a 24-megapixel primary sensor clubbed with a 10-megapixel telephoto sensor for 2X optical zoom. There’s also a 5-megapixel sensor for collecting depth information while capturing images. Up front, we have a 24-megapixel shooter for selfies, housed by the punch-hole. Moreover, the handset runs Samsung’s UI and is backed by a 3,400mAh battery.

Counting all the specs, the A9 Pro (2019) seems to be a rebranded version of the Galaxy A8s. However, the company is yet to confirm the same. Anyways, we’ll get to know the detailed aspects of the phone once it goes on sale in South Korea. 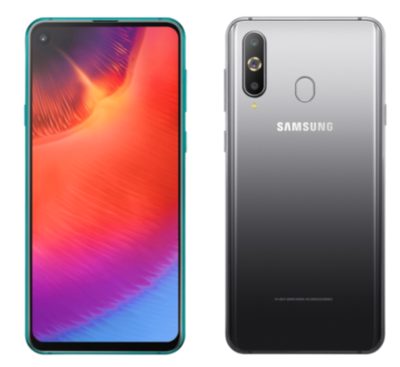 The Samsung Galaxy A9 Pro (2019) has been priced at KRW 599,500 (roughly Rs. 37,800) in South Korea. It’ll go on sale in the country from February 28 in Blue, Black, and Absolute Black colour options. As of now, we don’t have any official wordings for the Indian availability of the smartphone. Stay tuned for more updates.