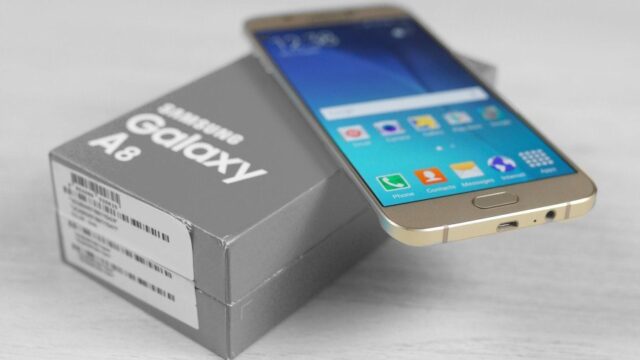 If rumours are to be believed, Samsung Galaxy A8 (2016) will be launched in India within the next few months. According to sources, the price of Galaxy A8 has been spotted on Indian import-export website Zauba.

The listing displays the fact that the Galaxy A8 (SM-A810F) is currently being shipped from South Korea to New Delhi. However, the website has revealed the price as only Rs. 13,635 instead of Rs. 39,000 in South Korea. It seems that the disclosed price on Zauba is for customs purpose and not official.

In September 2016, the Samsung Galaxy A8 (2016) was launched in South Korea with a price tag of KRW 649,000, which accounts to $583. Since there is a huge variation in the price, the revelation on Zauba should be taken only with a pinch of salt.

Touted as a successor to Galaxy A8 launched in 2015 at Rs. 32,500, Samsung Galaxy A8 (2016) is expected to feature a 5.7-inch FHD super AMOLED display. Moreover, the display will be accompanied by Samsung’s Always-on display.

Talking about the internals, the Galaxy S8 is powered by an octa-core Exynos 7420 processor running at 1.5GHz. The handset will have 3GB RAM and 32GB default internal storage, which is expandable up to 256GB via microSD card.

The rear camera integrated with Samsung Galaxy A8 (2016) will most likely flaunt a 16MP sensor coupled with 8MP front-facing snapper. With only 7.2mm thickness, the handset measures 182 grams.

On the software segment, you can expect integration of Android 6.0.1 Marshmallow with Grace UI with Samsung Galaxy A8 (2016). There is a possibility to provide an update to Android 7.0 Nougat. However, the possibility is less this year. The fingerprint sensor will be integrated with the physical home button. The smartphone draws power from the 3300mAh battery.

Samsung Galaxy A8 (2016) is expected to feature two nano SIM card slots with support for 4G, WiFi, Bluetooth, NFC, GPS and FM in addition to standard sensors such as Accelerometer and Proximity.