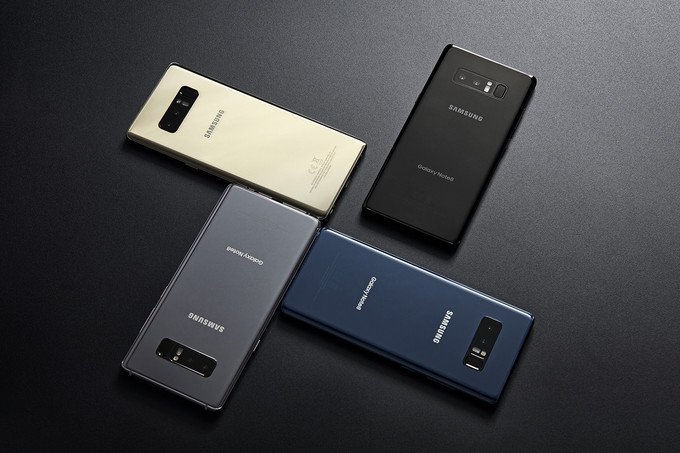 Samsung has launched the Galaxy Note 8 officially in Newyork. The device packs best of everything that Samsung has ever produced. It is the first flagship from Samsung to feature dual rear camera setup and sports a 6.3-inch Quad HD+  Infinity Display similar to the S8 series. The Galaxy Note 8 comes in Midnight Black, Maple Gold, Orchid Grey and Deep Sea Blue colors and will be up for Pre-orders on August 24th. Shipments will start from September 15th.

The Galaxy Note 8 sports a massive 6.3 inches Quad HD+ (2960 × 1440 pixels) Super AMOLED display with 18:9 aspect ratio and Corning Gorilla Glass 5 protection on front and back. The design follows the same foot prints of the Galaxy S8 duo with the Infinity display. It is powered by the Qualcomm Snapdragon 835 Octa-Core processor with Adreno 540 GPU coupled with 6GB of RAM and different storage options starting at 64GB and goes up to 256GB. It will have the microSD card slot for memory expansion up to 256GB. However, Asian markets will get the Exynos 8895 with Mali-G71 MP20 GPU with the same RAM capacity though. The Galaxy Note 8 will run on Android 7.1.1 Nougat. 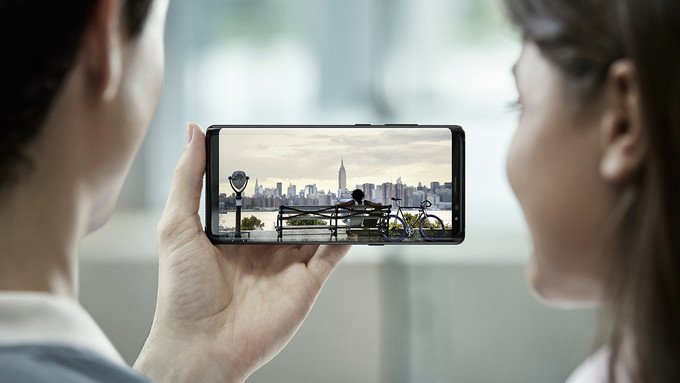 The camera department of the Samsung Galaxy Note 8 is probably one of the biggest upgrades to this phone. Coming with dual 12MP sensors on the rear with one of them being the telephoto lens where you can zoom in 2x optical zoom and up to 10x digital zoom. You can use both the sensors together to create a background blur effect, either when taking the photo or after you’ve shot it. The rear camera comes with a F/1.7 aperture, phase detection autofocus, and dual-LED (dual tone) flash. On the front, there is an 8MP shooter which comes with F/1.7 and Auto HDR.

Of the dual cameras, one of them comes with f/1.7 for wide-angle images and one taking zoomed images at f/2.4 aperture. The Galaxy Note 8 rocks the Iris scanner which we have seen on the Galaxy S8 duo, a rear mounted fingerprint sensor. Other sensors include an accelerometer, gyro, proximity, compass, barometer, heart rate, and SpO2. Connectivity options include 4G VoLTE, Wi-Fi 802.11ac (2.4/5GHz), VHT80 MU-MIMO, Bluetooth v 5.0 (LE up to 2Mbps), GPS with GLONASS, USB Type-C 3.1, NFC, MST. The phone adheres a traditional stylus support and an IP68 certification which makes it dust/water proof repellent. 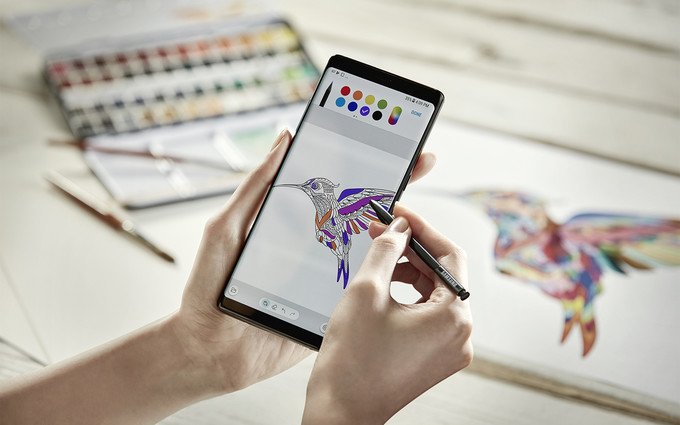 Talking about the S-Pen features, It will be the most useful and most improved S-Pen that Samsung has ever made. It comes with features like 4000 levels of pressure sensitivity, a more flexible tip, creating an animated GIF of your sketches, translating more words in a single swipe are some of the features of the improved S-Pen. In the battery department, the Galaxy Note 8 packs a moderate 3,330mAh battery which is smaller than what Samsung has offered on the Galaxy S8+ (3,500mAh) with fast charging both on wired and wireless

Sai is a connoisseur of technology. Writing for tech related stuff is his passion. He is always aware of the latest happenings in the tech industry. In his free time, he loves to fiddle with different Operating Systems and software, assemble desktops, root and flash custom ROMs on Android devices.
Website: https://pc-tablet.com
Posts created: 111

April 3, 2020
There are no comments yet No comments