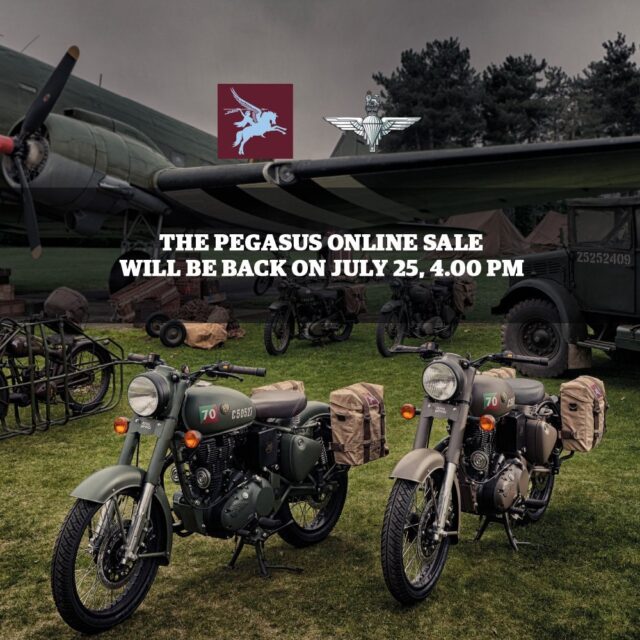 Royal Enfield has announced the new Classic 500 Pegasus will be up for sale again at 4 PM on July 25th, 2018. This comes in the wake of the initial fiasco when the online booking procedure for the World War II themed motorcycle that was first scheduled on July 10 flopped miserably.

Royal Enfield later clarified that was due to the website crashing within minutes of the booking procedure getting underway, with an error message getting displayed. The company further stated the reason the official booking site crashed inadvertently was because of the overwhelming response of the buyers, with the server simple unable to cope up with all the traffic. As News18 reported, its only 250 units of the motorcycles that will be available for buyers in India.

The bike maker can still take solace from the fact that the new Classic 500 Pegasus has a huge fan following and is hoping to cash in on all the craze the bike generated. The company, in a desperate attempt to restore things had also stated the booking will resume at 8.30 PM on July 10, 2018 though that schedule too had to be deferred as the server continued to flounder.

Not surprisingly, Royal Enfield faced a lot of flack on its social channels with angry fans venting their ire on Twitter and elsewhere. The company apologised for the inconvenience caused to the buyers and let’s hope the site is backed up strongly to ensure it can withstand a deluge of buyers well enough this time.

As for the bike itself, the new limited edition Classic 500 Pegasus takes its inspiration from the RE/WD 125 motorcycle that rendered extensive service during World War II. The motorcycle was then known as the flying flea and was produced at Westwood, UK at the time.

In its present avatar, the Classic 500 Pegasus is available in two colour options – Service Brown and Olive Drab Green. Only 1000 units of the motorcycle will be made globally with each motorcycle carrying a unique number on the fuel tank. The Classic 500 Pegasus will otherwise come powered by a 499cc air cooled single cylinder engine capable of 27.5PS of power and 41.3Nm of peak torque.