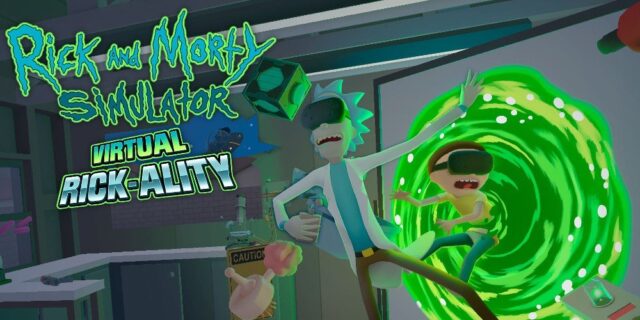 Rick and Morty, one of the most-loved animated TV series in America is all set to get its VR game. Created by Adult Swim and Owlchemy Labs, the game is titled Rick and Morty: Virtual Rick-ality. Players will need their VR headsets to make progress and explore aspects of the game. Players are requited to solve portals, puzzles, and a lot more to progress through the game.

Virtual Rick-ality was also showcased last year in San Diego during Comic-Con, that allowed players to don the role of Rick and see what’s in store. Players will need to solve puzzles and riddles with the help of VR technology in order to complete the mission and make progress.

“The game takes place in Rick’s garage, and instantly you would associate all the things that are great about Job Simulator, all the near-field interactions … Rick’s garage is filled with tons of stuff to play with. Chemistry sets and just boxes of things in the shelves. Elements from the show. It’s fully crammed in there.” –Alex Schwartz, CEO of Owlchemy Labs.

Co-creator and voice actor Justin Roiland also contributed his talents towards the game. Schwartz believes that fans of the TV series are in for a ride and will get a real kick out of the new dialogues in the game.

Rick and Morty: Virtual Rick-ality can be purchased via Steam and Oculus Home for $29.99. Gamers can play the title on their HTC Vive and Oculus Rift VR headsets when it releases on April 20. Rick and Morty is a popular American sitcom that was aired back in 2013. The animated TV series was created by Justin Roiland and Dan Harmon for Cartoon Network and depicts the comical misadventures of crazy scientist Rick and his grandson Morty. The popular TV series is all set to launch in the form of a virtual reality game to allow gamers to experience the troubles that come along with Rick and Morty.