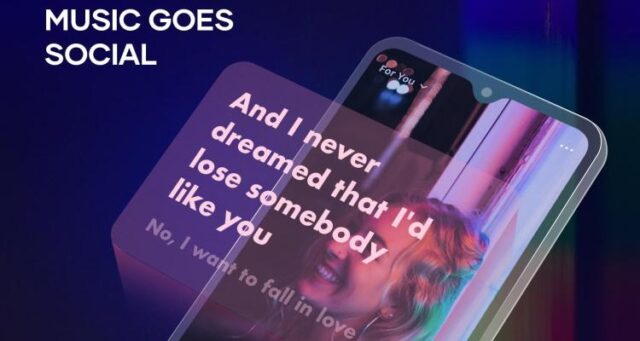 Resso, which prides itself as the first social music streaming app in the world is now available in India. The company said the new Resso app is not only about discovering and experiencing music unlike any other, it also offers a way for users to express themselves to link with like-minded individuals.

Users will be able to share lyrics while also engage in conversation with others, mixing music listening and the ability to interact socially on a single platform. Towards this, the most unique features of the app include Lyric Quotes which allow users to select and share the lyrics that they like the most, besides also sharing their thoughts on the lyrics as well.

Then there is the Comments feature that allow users to connect and exchange their views with other music buffs like themselves. Further, the Vibes feature will let you create videos, gifs or pictures based on a song of their liking. Best of all, they can share their creations together with the song or its lyrics, which makes it possible for users to add a personal touch to their interactions.

The Resso also comes with an interface that its makers claims has been specifically designed to allow for ease in interactions. Users will also find it easy to discover new genres as well as new songs. The app, when launched, starts to play music in an unlimited scroll format.

Not to mention, there is almost an unlimited music catalogue on offer and has deals going with almost all the big names in the music industry. Those include Sony Music Entertainment, Warner Music Group, Merlin and Beggars Group, T-Series, Saregama, Zee Music, YRF Music, Times Music, Tips, Venus, Shemaroo, to name a few.

Then there is a lot for the artists as well as they get direct access to their fans and can act according to what the fans might be wishing. All in all, one of the most exciting places to be in for all music buffs happens to be Resso at the moment.