However, there have been rays of hope that WhatsApp is indeed working on introducing the voice calling feature to its users. The latest report, published by Maktechblog, says that the November update of WhatsApp had reference to strings like “Call via Skype”. 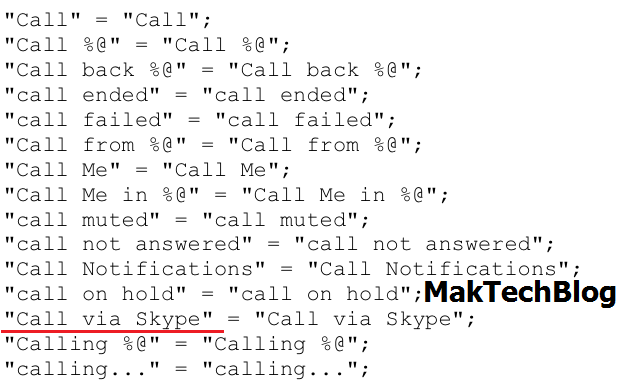 That’s not all, other strings such as ‘Call Hold’, ‘Call Mute’, ‘Call Back’, ‘Call Back Message’, ‘Call Me in X minutes’, ‘Call Notifications’, etc. were also found in the app. Another “Driving Mode” was also found which, when enabled, would read out messages aloud.

Earlier, a screenshot was leaked that showed the voice calling screen from WhatsApp.

WhatsApp first made it official that voice calling feature would make it to the app after it was acquired by Facebook. Later in the year, WhatsApp CEO Jan Koum said that the feature was delayed until Q1 2015. As we’re approaching the first quarter of the new year, more and more leaks are confirming that WhatsApp’s voice calling feature may be weeks away from becoming a reality.