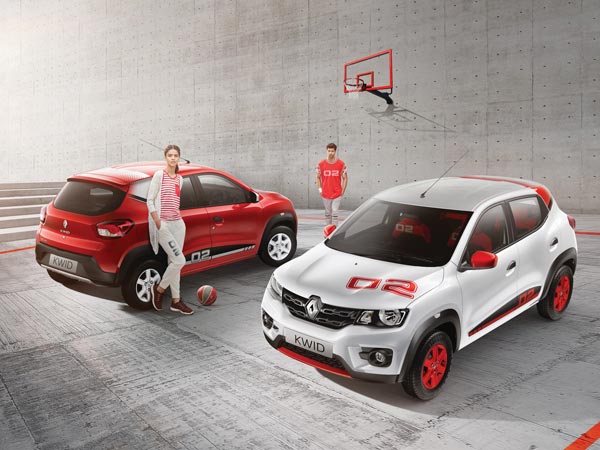 The 1.0 liter Smart Control Efficiency engine (SCe) of the hatchback, which fuels the 1.0L SCe model is optimally manufactured for delivering superior performance. The four valves for each cylinder of the Double Over Head Camshaft (DOHC) design is intended to ensure a low-pressure drop and ultra-efficient regulator lifting for an elevated air filling; which eventually will allow the engine to produce functional power at all the low, middle, and high-end rev bands.

The special edition of Kwid 2 is limited to the higher-spec RXL and RXT variants has come up with some notable exterior modifications that include complimentary red and white external looks, the all-new SportLine graphics clubbed with 02 Insignia and the Angular 02 Insignia on the covering, an improved and refined looking roof and C-pillar, and modern looking alloy wheels. Moreover, the front portion of the hatchback looks quite sporty with the all-new Sportline front, while the skid plates in the rear division are giving it a classy look.