With tons of choices available in the sub-10K segment, the Redmi Note 8 and recently launched Realme 5s are two of the most compelling options you can opt for. Priced at Rs. 9,999, both the devices offer Snapdragon 665 chip, 48-megapixel quad cameras, and massive batteries.

But, which one’s a better choice of the duo? Well, let’s see how these devices fare against each other in our spec-based Redmi Note 8 vs Realme 5s comparison.

Both the Redmi Note 8 and Realme 5s come with modern design profiles, including a water-drop notch upfront and shiny back panel. While Note 8 bears a glass back with a wavy S-trim, the latter gets a poly-carbonate rear with a glossy diamond-cut pattern, similar to the Realme 5 (review). 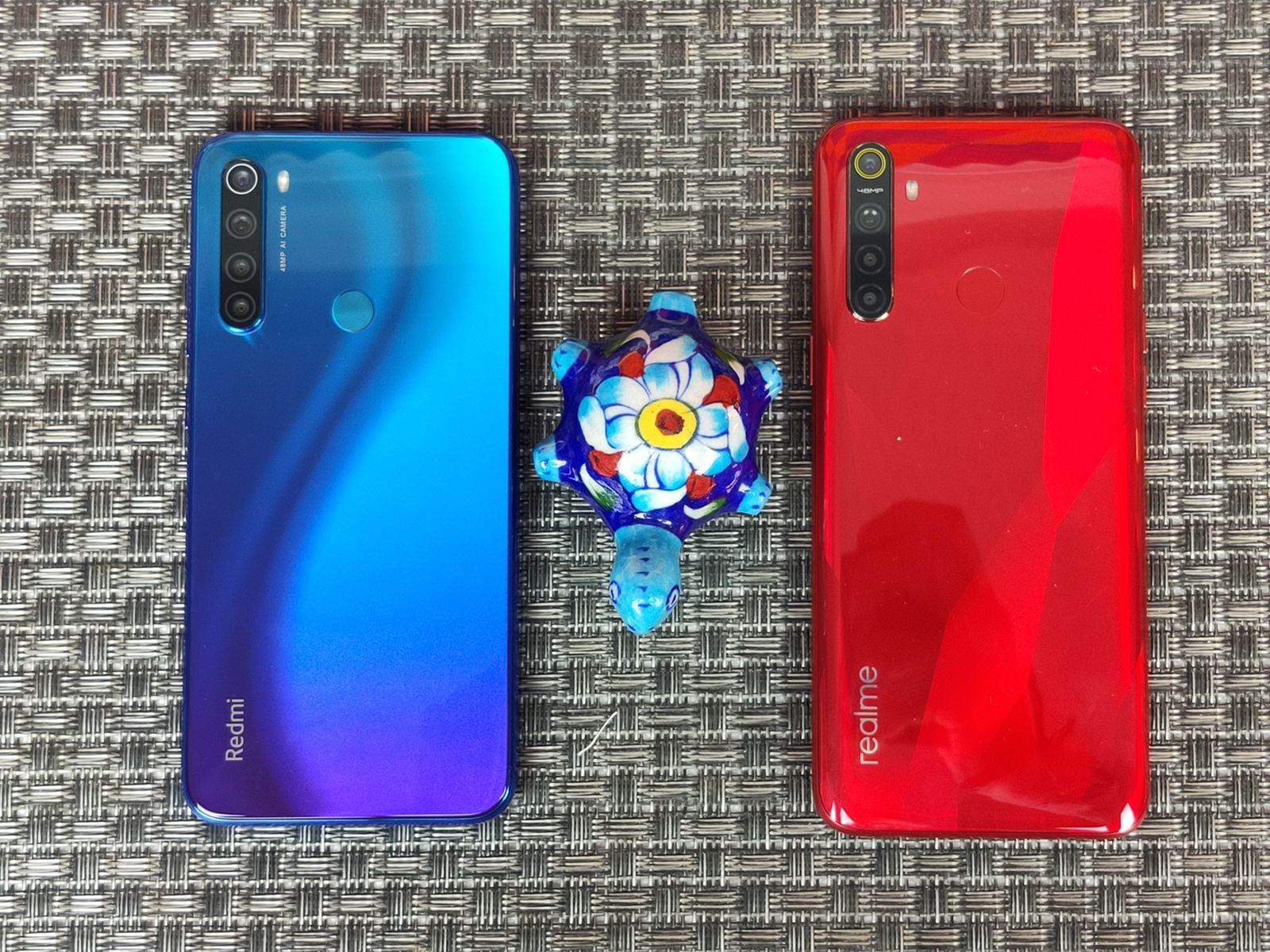 The duo surely looks premium, but Note 8 has a clear advantage due to its glass build, Corning Gorilla Glass 5 protection, and P2i splash resistance. The device is also slimmer and lighter at 8.3mm and 188-grams, compared to 9.3mm thickness and 198-gram weight of Realme 5s. 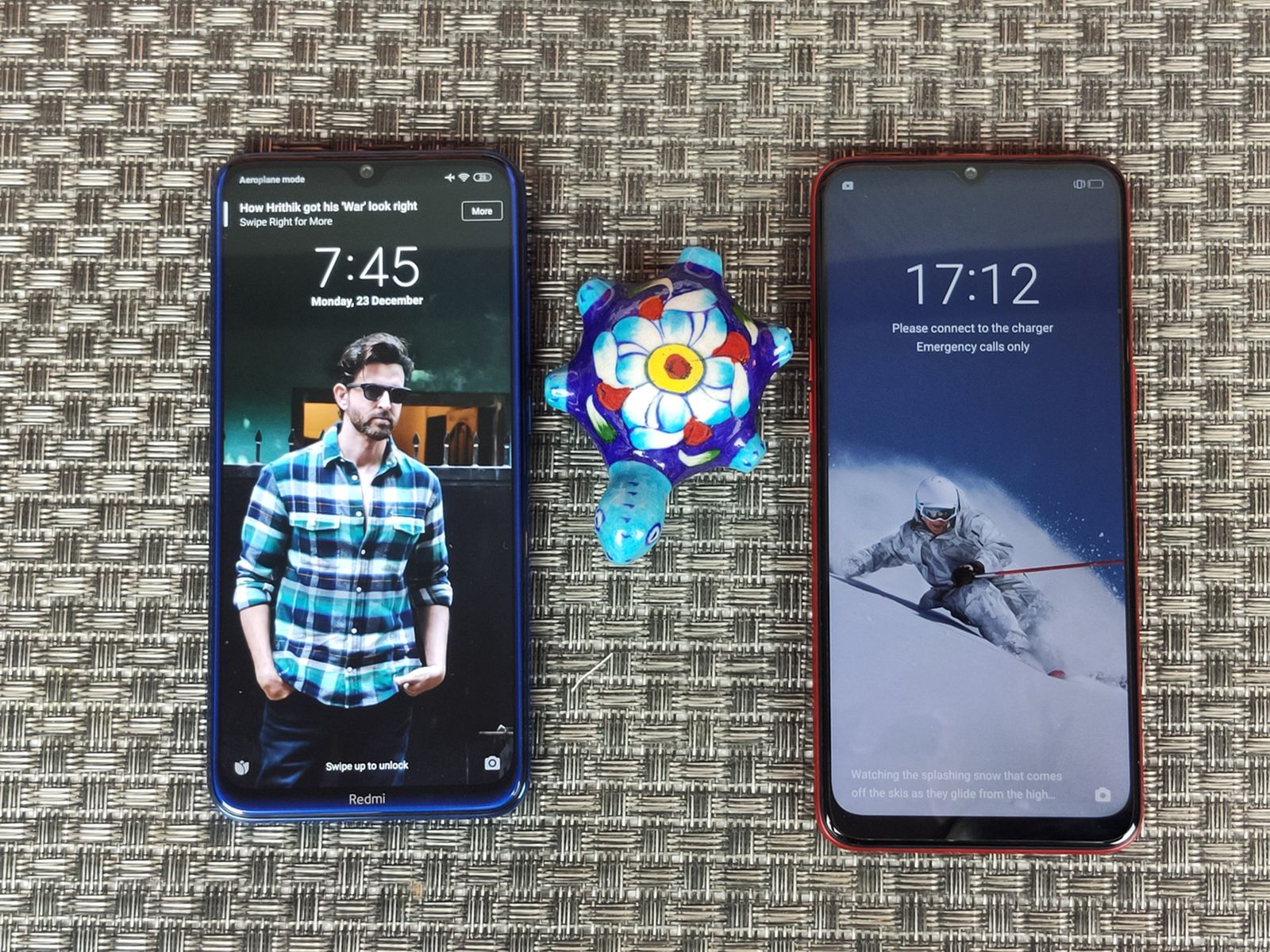 The Realme 5s, on the other hand, features a slightly bigger 6.5-inch IPS display with an HD+ resolution of 1600 ×720 pixels. It is protected by Corning Gorilla Glass 3+ and boasts of an 89% screen to body ratio.

Evidently, the Note 8 has a sharper display with a pixel density of 403ppi, compared to the 269ppi on the Realme counterpart. That said, the latter has better outdoor visibility, thanks to a maximum brightness of 480 nits, which is marginally higher than the 450 nits cap on the Note 8.

Both the phones are powered by Qualcomm Snapdragon 665 SoC which is an octa-core chip built on the 11nm process, with a maximum clock speed of 2.0GHz. The chip is further mated with Adreno 610 GPU, which is good enough for medium gaming. 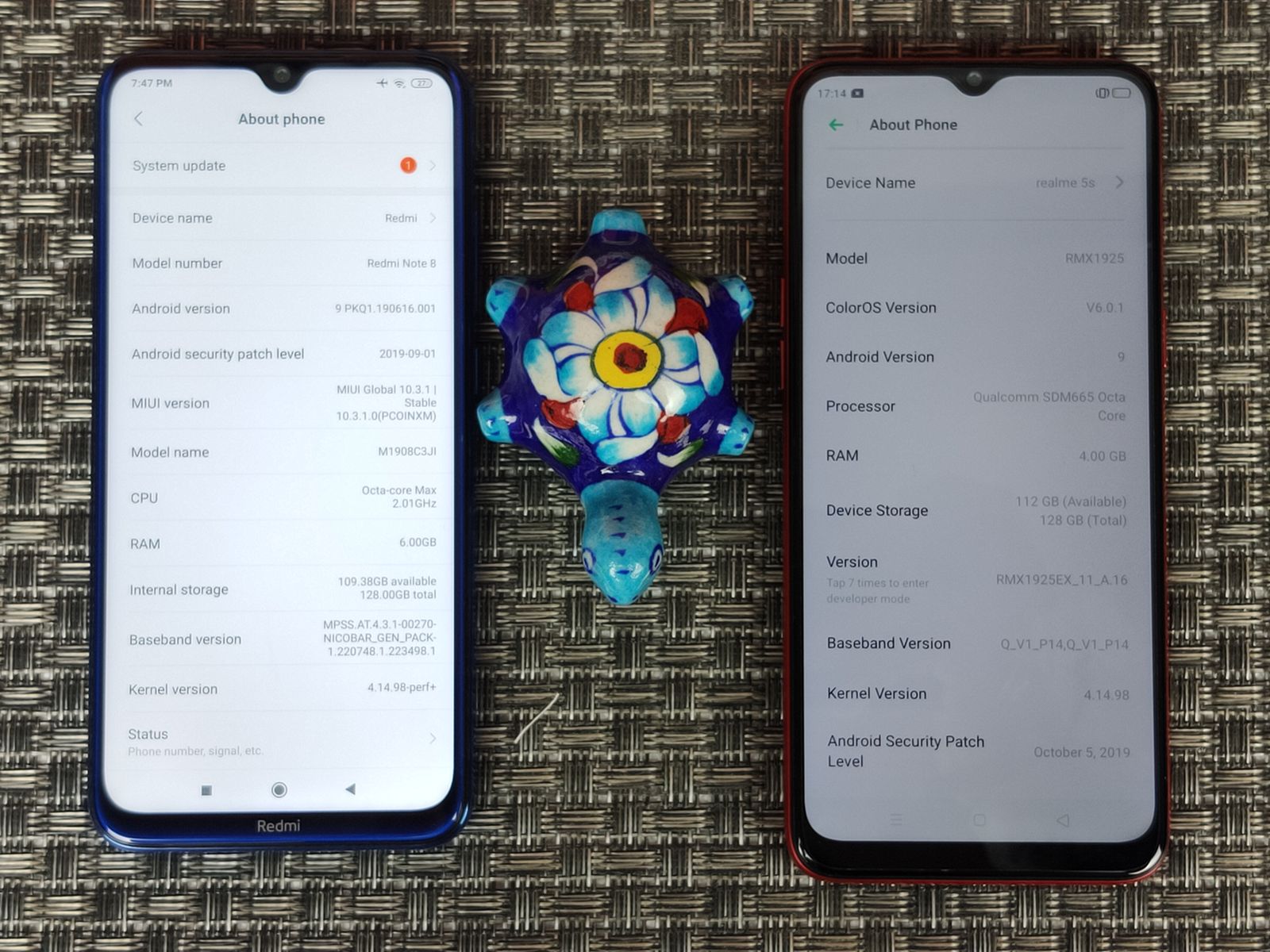 For starters, the Redmi Note 8 comes in 4GB/64GB and 6GB/128GB RAM and storage variants while the Realme 5s is available in 4/64GB and 4/128GB configurations. Both the devices have the provision to expand storage using the dedicated microSD card slot.

When it comes to the software, neither of the two offer pure Android experience. The Redmi Note 8 gets MIUI 10 while the Realme 5s runs ColorOS 6 on top of Android 9 Pie. 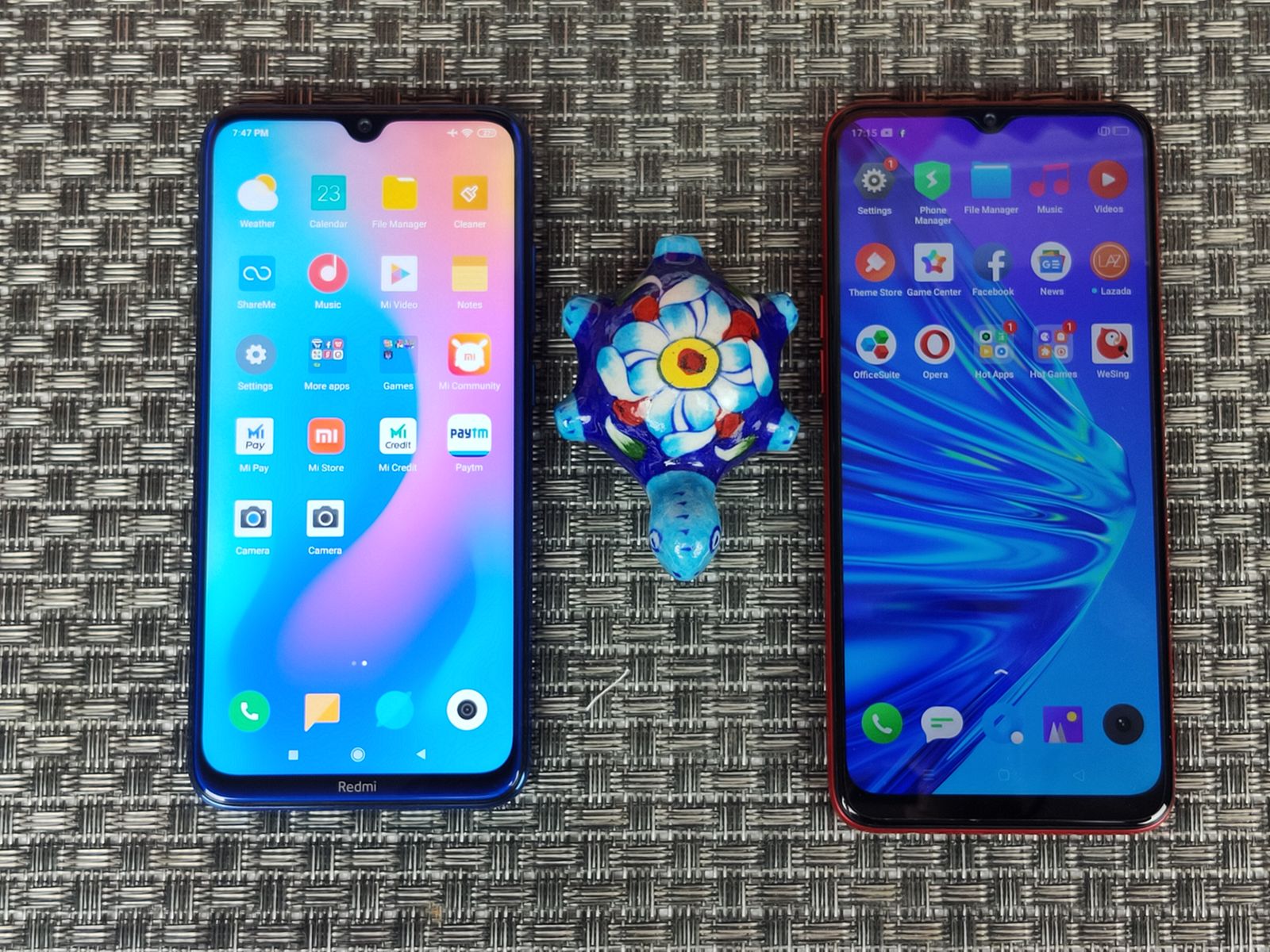 Both the custom skins have their own set of perks, and it’s entirely your personal choice on what to go for. That said, Redmi Note 8 has an edge for those who are into custom ROMs and modification, thanks to the insane support from the developer community.

As noted, the Redmi Note 8 offers a 48-megapixel Sony IMX586 sensor with f/1.7 aperture- the same used on Redmi Note 7 Pro and Realme 5 Pro, followed by an 8-megapixel 120° ultra-wide-angle lens, a 2-megapixel depth sensor and a 2-megapixel macro camera for 2cm macro shots. For selfies, it gets a 13-megapixel shooter. 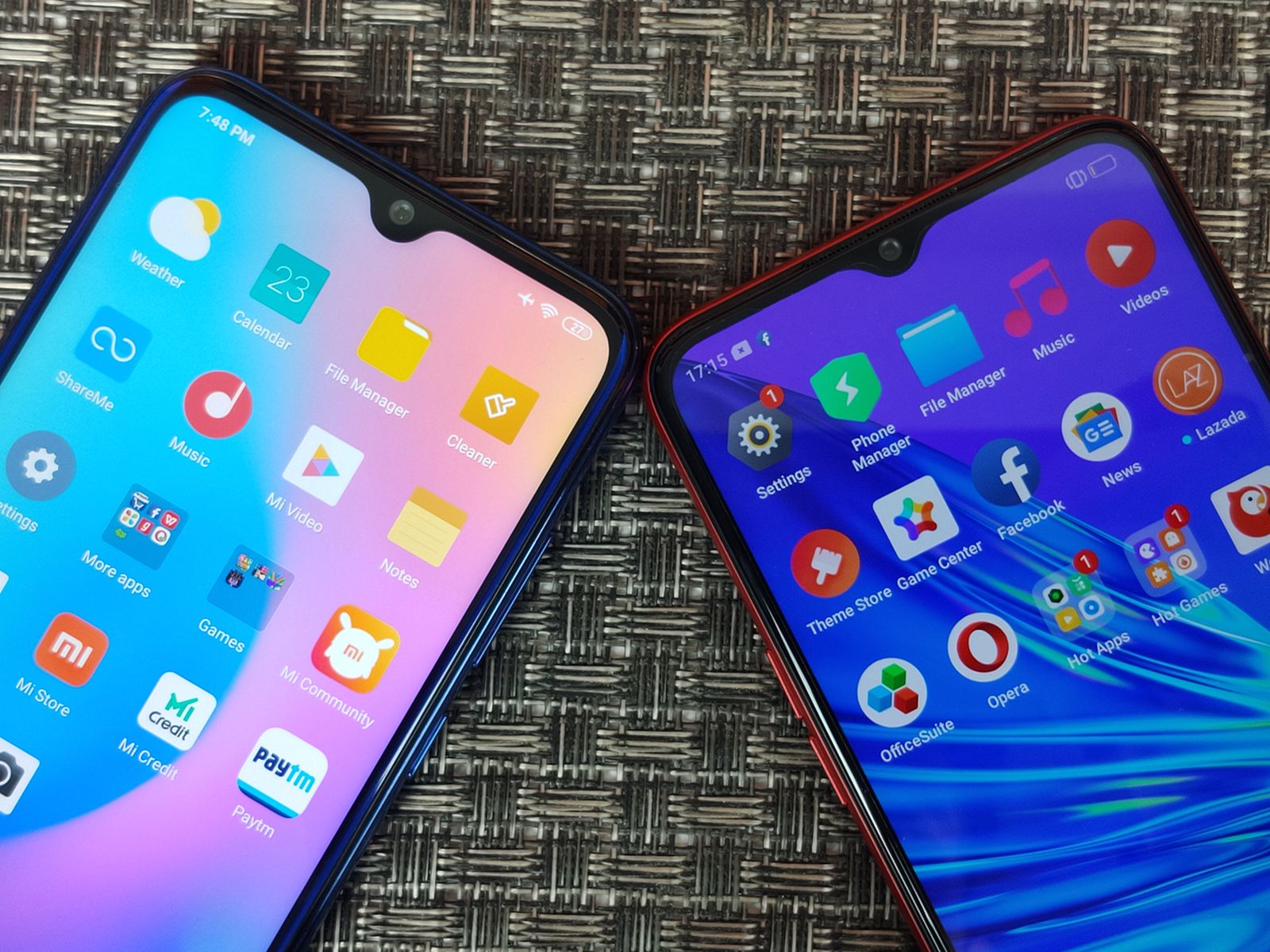 Similarly, the Realme 5s gets a 48-megapixel primary camera but utilises Samsung GM1 sensor instead, seen previously on the Redmi Note 7. Further, the setup comprises of an 8-megapixel ultra wide-angle sensor, 2-megapixel portrait sensor and a 2-megapixel macro camera for 4cm macro shots. There’s a 13-megapixel selfie camera up front. 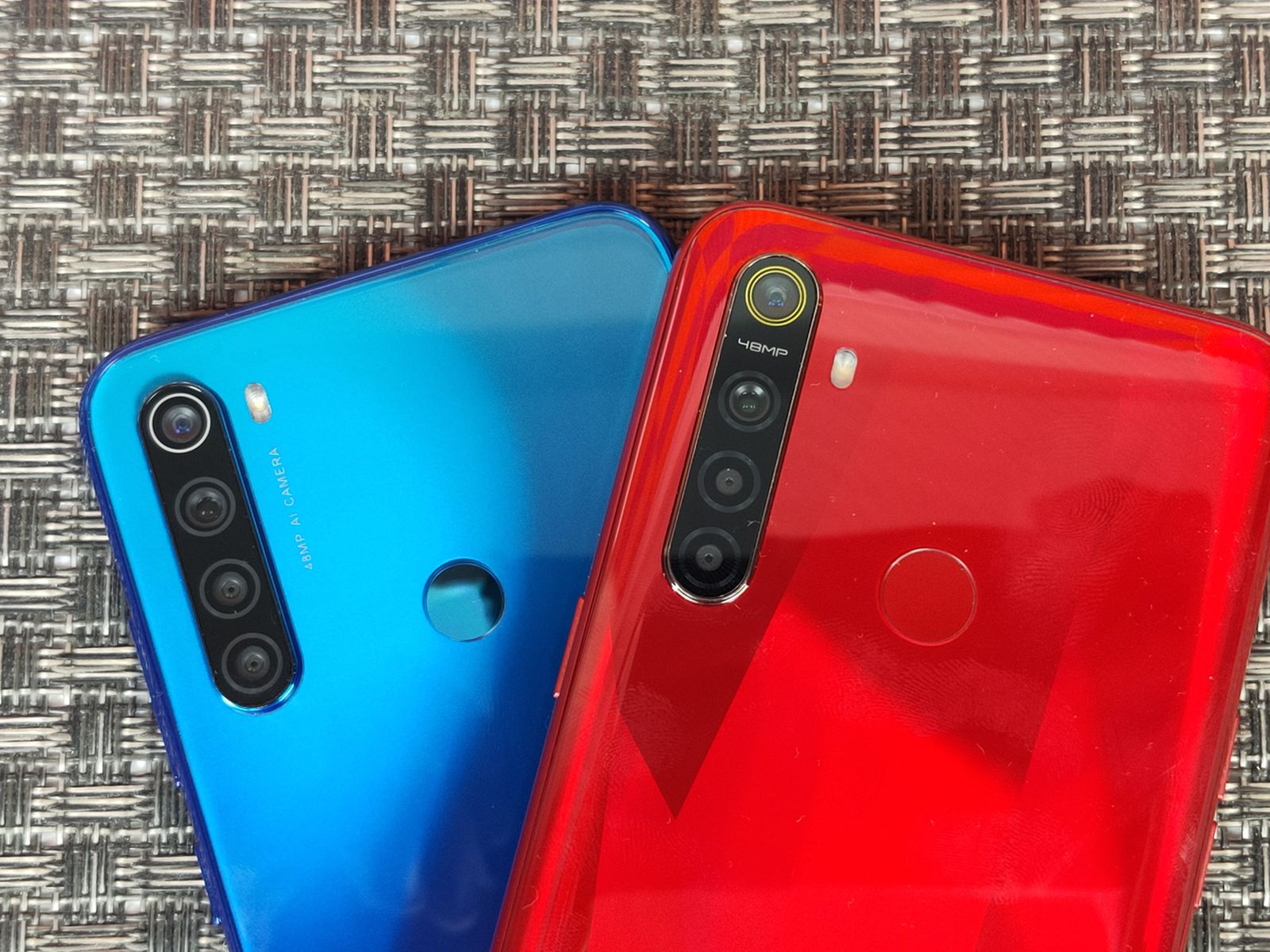 As far as primary imaging duties are concerned, the Sony IMX586 sensor used on the Redmi Note 8 is better than Realme 5s’ Samsung GM1 unit.

Both the phones come with impressive battery life. The Redmi Note 8, following the Note-culture, gets a 4,000mAh cell while the Realme 5s boasts of a bigger 5,000mAh battery. 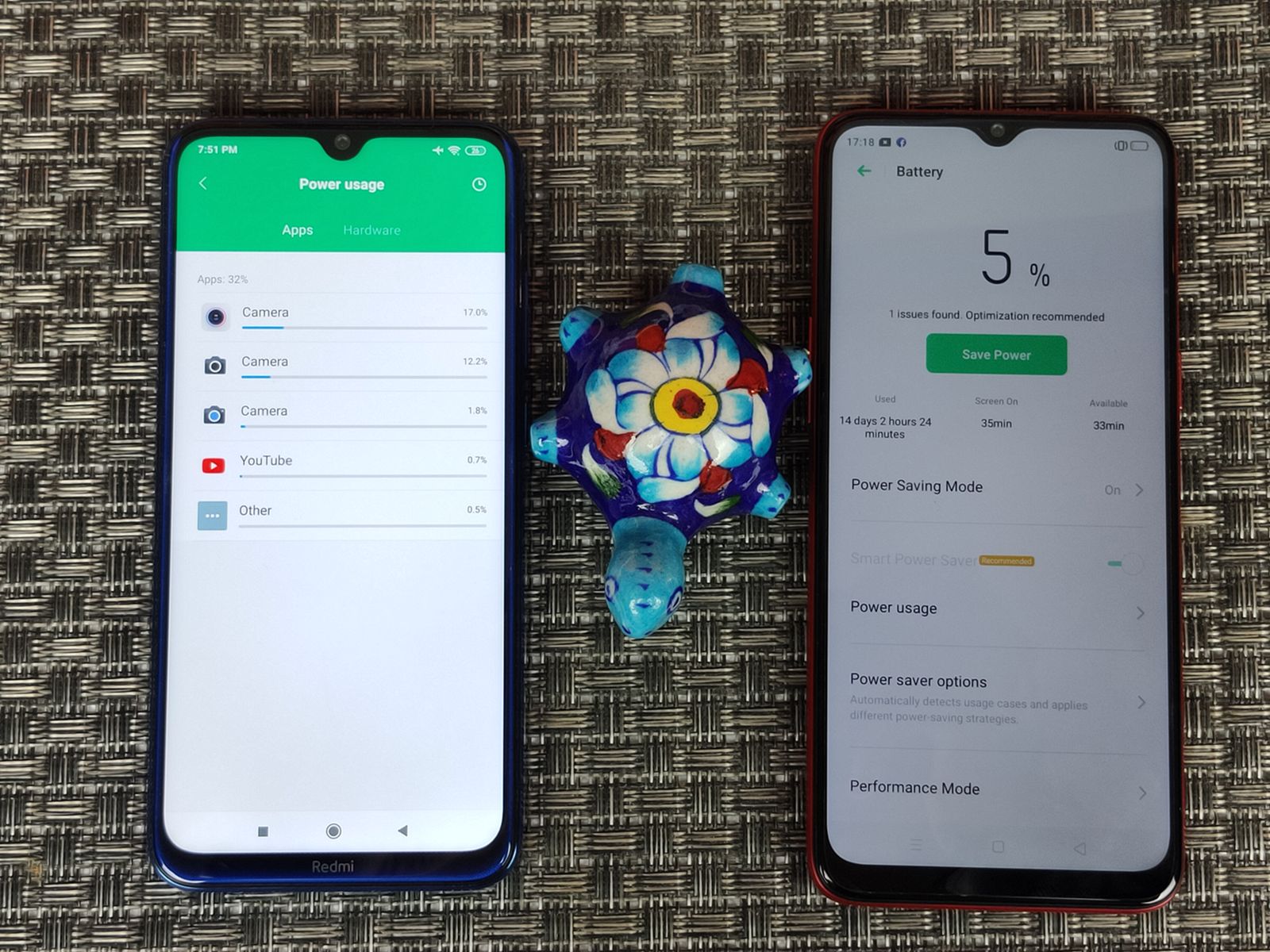 Larger capacity on the latter clubbed with a lower resolution display sums up for better endurance. But then again, the Note 8 has 18W fast charging capability, coupled with USB Type-C port, while the 5s gets regular 10W charging support and uses dated micro-USB standard. 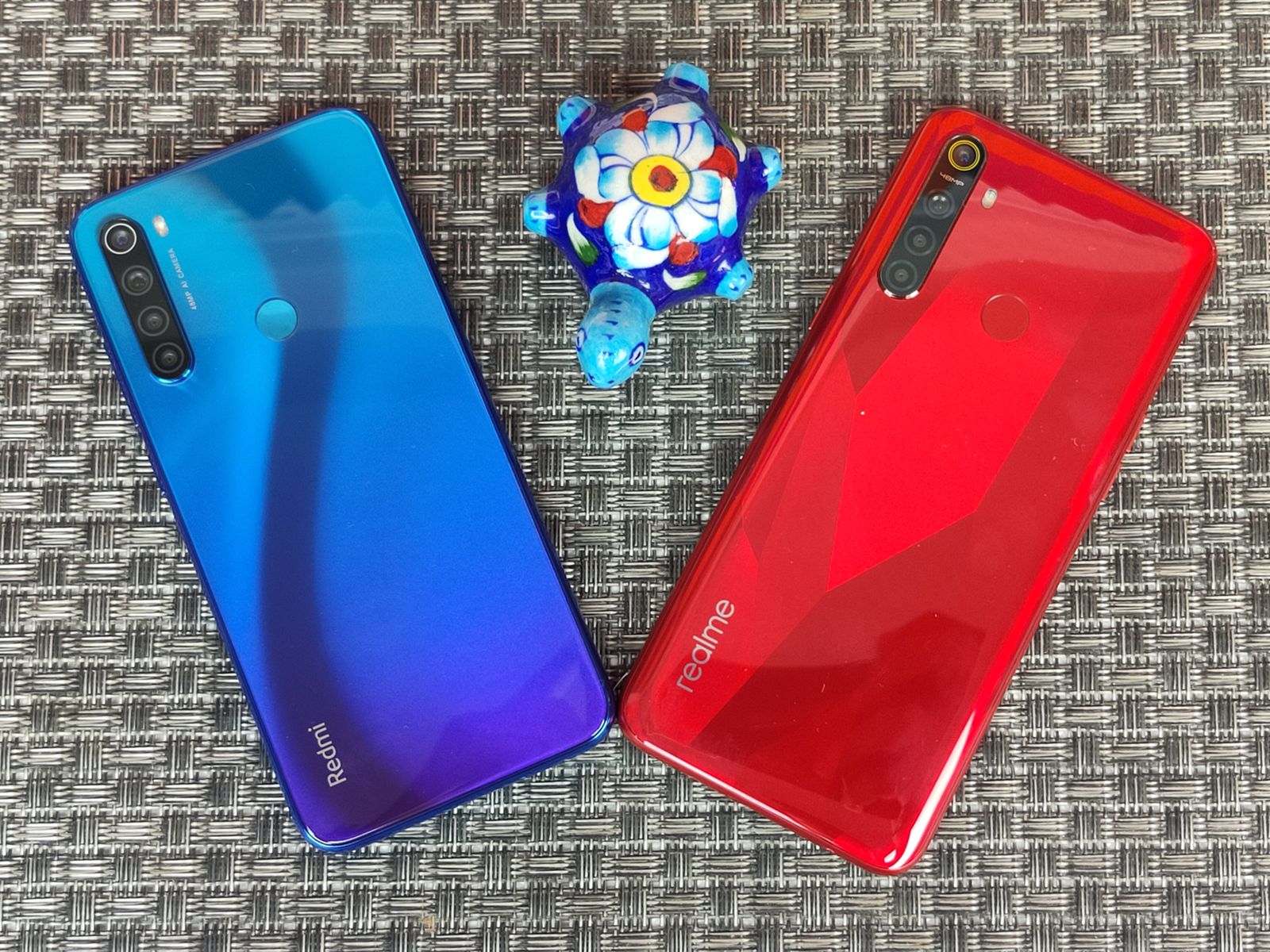 Both the devices offer good value and features for a starting price of Rs. 9,999. However,  the Redmi Note 8 has a clear edge with respect to the build quality, display, cameras and support for fast charging. The Realme 5s offers a larger battery but falls short of other essentials as most of the things haven’t changed much from the Realme 5. So yeah, Redmi Note 8 will be our choice in this comparison.