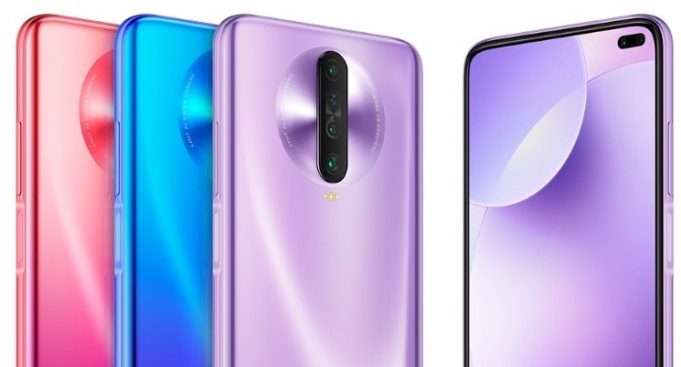 After teasing the device for a while, Xiaomi’s sub-brand Redmi has now finally launched the Redmi K30 and Redmi K30 5G devices in China. Both the phones boast a 120Hz display, 64MP Quad cameras at the rear and come with a really attractive price tag. Let’s have a look at specs and features in detail.

As the name suggests, the Redmi K30 5G is the company’s first smartphone to have support for next-gen 5G network. The device comes with a 6.67-inch IPS LCD that has a resolution of 2400 x 1080 pixels and a refresh rate of 120Hz- another selling point for the device. The display also has a pill-shaped punch hole in the top-right corner, that accommodates dual selfie cameras, just like the Samsung Galaxy S10+.

Under the hood, it gets powered by the freshly-unveiled Qualcomm Snapdragon 765G SoC and is the first device to debut with the same. This is an octa-core chip clocked at 2.4GHz, manufactured on 7nm process, and coupled with Snapdragon X52 5G Modem that aids for 5G connectivity. It comes in a total of four RAM and storage versions including 6GB/64GB, 6GB/128GB, 8GB/128GB, and 8GB/256GB configurations.

For photography, the Redmi K30 5G gets a total of four cameras at the rear. This includes a 64-megapixel Sony IMX686- again, the first device to sport this sensor. It is followed by an 8MP ultrawide shooter with 120 degrees FOV, a 5MP macro, and a 2MP depth sensor. For selfies, there’s a 20-megapixel camera at the front, joined by a 2-megapixel depth sensor.

On the software front, the phone runs MIUI 11 on top of Android 10. All of this is backed by 4,500 mAh battery with support for 30W fast charging. Other features include a copper tube for liquid cooling, dual-frequency GPS, Bluetooth 5.1 and a fingerprint scanner which is embedded in the power button on the right side.

The Redmi K30 bears exactly the same design and build as the K30 5G. However, there are certain key differences in the hardware. Firstly, the K30 gets powered by Snapdragon 730G chip and hence no 5G here. Moving further, the macro camera has been downgraded from 5MP to 2MP. It supports slightly slower 27W charging and misses out on dual-frequency GPS and Bluetooth 5.1 (gets 5.0 instead).