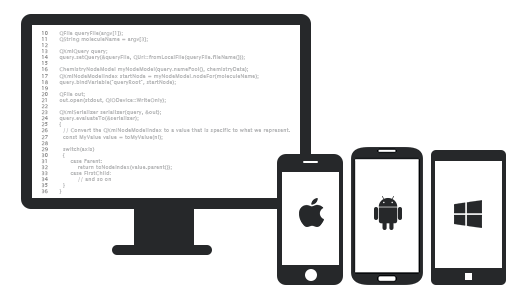 At the moment, there is increased usage of mobile phone devices, making them one of the devices with significant ownership. A decent number of mobile phone users opt for smartphones that come with access to the internet and also support additional features. The smartphone devices also support applications that give them a further aspect of functionality such as emailing, gaming, finance management, and plenty of others.

Application support is a key area where many to-be owners look at before making a purchase. You may take advantage of the growth in demand for mobile applications and be a mobile app developer. If you decide on this path, then you need to know of essential concepts in app development, such as the coding language and how much does it cost to make an app.

There are several coding languages with many programmers opting for the c++ language. The following are some of the reasons why you can try out c++ when coding for mobile applications.

Contrary to many reports from industry pundits proclaiming that c++ is hard to grasp more so for beginners, it is relatively easy to understand. If you have the drive and maybe a suitable mentor, it is a good start for a beginner as you get immersed in the field of programming, full force.

As compared to languages such as Java, it is deemed rather complicated. However, if you can get a grip on a complex language, it translates to ease in tackling the others. Using it for coding is also a walk in the park, and if you have the right material, c++ provides the right channel in your orientation to mobile application development.

Another thing that makes c++ a good option for mobile app programming is the variety of features that it comes with. The features ensure that the results are as good as the effort you put in as a programmer. Among the highlights, you have at your disposal, including its rich library support containing sets for various containers such as maps and hash tables.

Another crucial feature the language has is pointer support, which is essential in coding. The pointers provide storage for the memory address of a value in the computer’s memory. It is also an object-oriented coding language where it uses concepts such as data abstraction and encapsulation the same to data hiding while programing. When looking at the features, you find that most of them are exclusive to only c++, making it unique and a suitable pick.

When it comes to creating mobile phone apps such as games. Speed in code generation is an essential consideration. C++ is compiler-based, which translates it to be faster as compared to other programming languages. With such a pace, you are sure of a fantastic time during your app development stint.

Versatility is another reason that makes the language a to-go option. Generally, you look at the adaptability of the language, which is a good thing if you are a software developer. First and foremost, you can use c++ in other scopes other than app creation such as library creation, operating system design and maintenance, and general software design.

Additionally, you can use it in tandem with other coding languages such as Python and Java. You can use them in multiples, primarily when focusing on a particular aspect that each of them offers. Java, for example, is an excellent coder when you want an error-free outcome. You can also use it in coming up with programs for multiple operating systems commonly used for mobile devices like iOS, Android, and Windows.

If you decide to use c++, then you are result orientated to seeking the best when programming. One of the things you need to look at during your stint is the data structure. The data structure is the arrangement format of coding data in specific profiles.

Here are several types of formats that you can pick, for example, arrays, queues, stacks, and linked lists. The c++ linked list is a decent choice as its linear profile makes it easy for comprehension purposes. C++ stacks is also an excellent format due to the arrangement mode where you may either have first in first out or last in first out.

Mobile applications are the in thing in this age where mobile phone use is on an ascending pace. If you decide to take advantage of this appreciation by becoming a mobile software developer, then you need to know which language to opt for. The C++ language is one of the most popular with the points mentioned earlier, supporting its fame in the programming circles.

The defining factors behind its increased use lie in its simplicity of use and also knowledge grasp. Also, its versatility does justice to it, where you can use it in various instances. Among them is in-browser development as well as use it together with other languages.