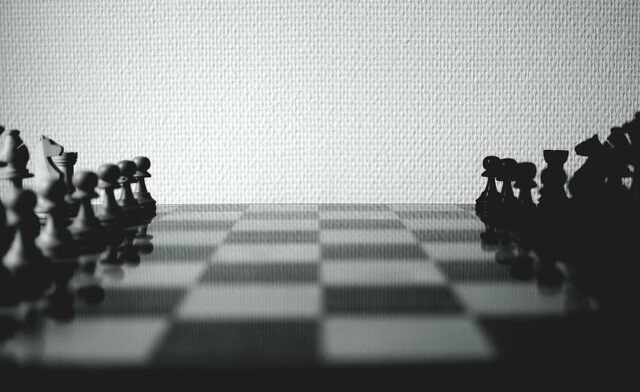 No one needs to be told that online gaming as a sector is on the up at the moment, with seemingly every man and his dog logging on to do battle across broadband connections up and down the land, even if some major video game releases have flopped.

However, within this move towards entertainment that puts people at the very heart of what they consume online, there are some ancient games of the past which against all the odds are making an incredible comeback, to once again capture the imaginations of players.

Here we look at the reasons for the inexorable resurrection of classic games in the online sphere.

Classic board games and card games have been thriving online, with new gaming outlets and aficionados giving them a fresh appeal

One game that has undoubtedly thrived during the classic gaming renaissance is poker, with the game’s multiple variants, such as Texas Hold’em, Omaha, and Razz, all being enjoyed by players as far afield as India and Europe.

There are many reasons why poker is on the comeback trail online, but some of the main ones are that popular online operators of the game have done everything possible to make it as fast-paced and entertaining to play as possible, adding to the original formats players have always enjoyed and giving them a few extra dimensions.

Another thing that has undoubtedly captured the imagination of online gamers of all shapes and sizes is the quick advances in learning that can be made, even by total poker rookies. This is because there are a variety of procedures, key points, and approaches to Texas Hold’em version of the card game available free of charge on the websites and apps of major poker websites. These are then also supplemented by accessible and easy-to-use training programs like Raise Your Edge or Upswing Poker.

What this all means for online players is that, rather than stagnating at a certain level and getting frustrated, they can push on up through the stakes until they find themselves competing against some of the best players in the world. It is this drive for improvement and progression which ultimately gives classic games like poker their longevity.

Many classic games are now played to such a high level online that for a player to reach a decent standard they are required to study and revise as hard as they would for any exam.

Grand Masters Are Now Made Online

There was a time when to become a chess grandmaster you had to join a world tour and find financial backers or sponsors who would be willing to fly you to events and keep you fed and watered; all this before it came time to knuckle down to trying declaring checkmate over your foes.

Those days are now well and truly gone, with virtually any player on the planet able to challenge a grandmaster of two via online gaming forums provided by Chess.com and Lichess.org.

Perhaps even more interesting is how a whole new breed of a chess player is being cultivated via online streaming sites like Twitch, where new and established players play out live chess battles against each other, all the while building huge followings that would make other Esports stars envious.

Some of the chess’s biggest stars include young guns like Magnus Carlsen, who recently lost for the first time in two years against 22-year-old sensation Jan-Krzysztof Duda. Expect many younger proteges of such players to come to the fore and to gain more widespread recognition in the months and years to come.

Other Classics Also on the Comeback Trail

While poker and chess are undoubtedly the major players when it comes to classic games online, there are others who are finding their own online niches.

These include dominoes, checkers, and backgammon, all of which are constantly being updated and improved as games by dedicated games development companies. It remains to be seen which of their number can come to the fore to challenge poker and chess.