realme, a brand that was launched just three years back, has risen to newer heights. They are not just doing in the smartphone space but have expanded into other segments as well. One such area is the Audio space.

They already have a soundbar system, along with personal audio gear like earphones and TWS buds. The newest entrant into the mix is the realme Pocket Bluetooth speaker. Priced just shy of INR 1,000, this Bluetooth speaker packs in a 3W unit and has some nifty features up its sleeve.

We have been using the realme Pocket Bluetooth speaker for a little over a week now, and here’s our full review. 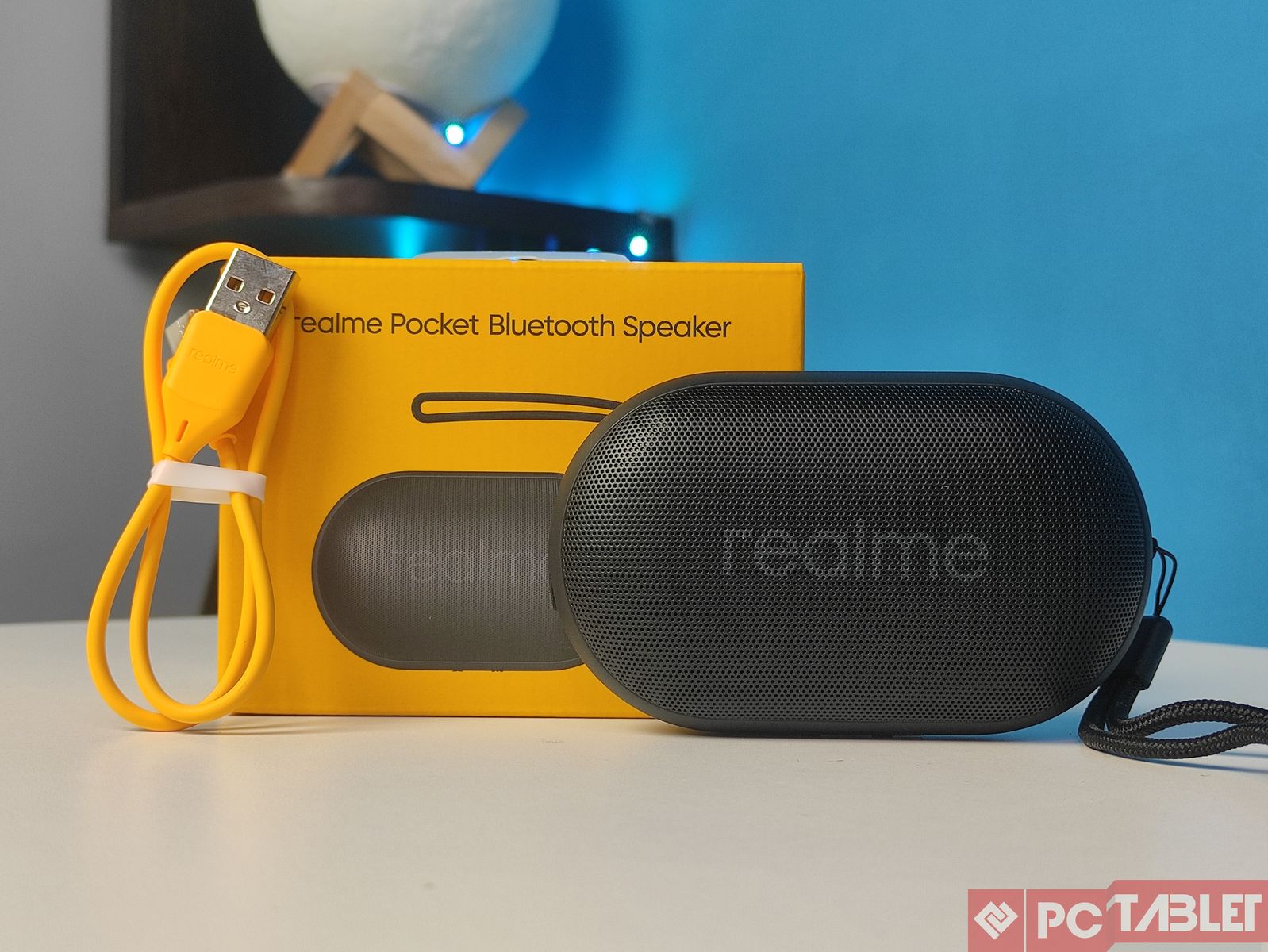 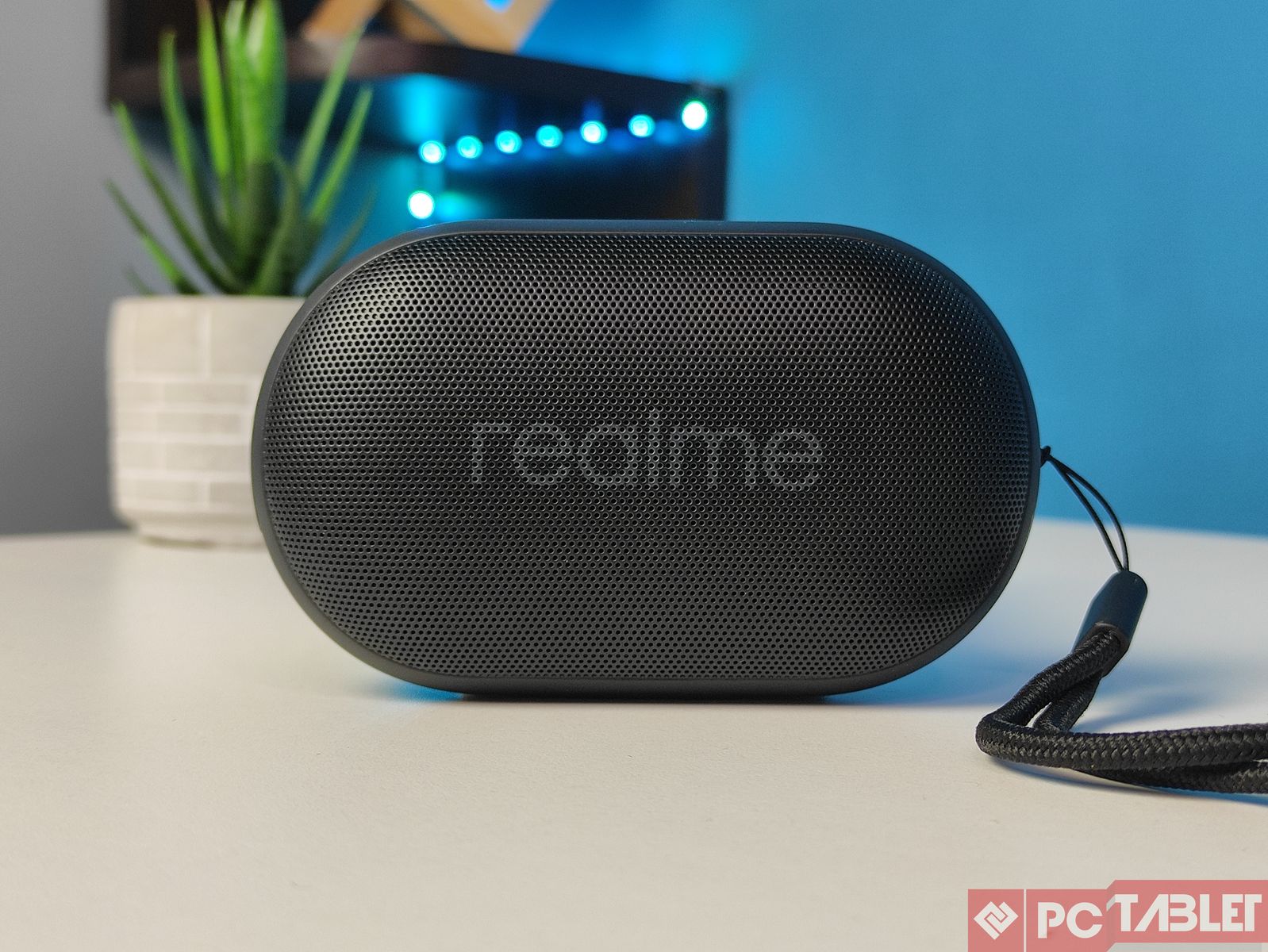 The key to this speaker’s design is in the name itself. The speaker has a pebble-like design and is relatively small, easily carriable in a pocket or a bag. The design is such that the speaker performs well when placed on a surface, so the top part has the grill with the realme brand. At the same time, the bottom has a rubber ring and feet. The entire construction except for the grill is done in plastic.

The material here has a soft touch feel and honestly looks and feels quite a bargain for the asking price. Starting with the buttons, we have just two here, one to power on/off the speaker while the other is used to cycle through different modes. Adjacent to it lies the microphone and the status LED. Since the speaker carries an IPX5 rating the single Type-C port used to charge this is hidden under a rubber flap on one side. 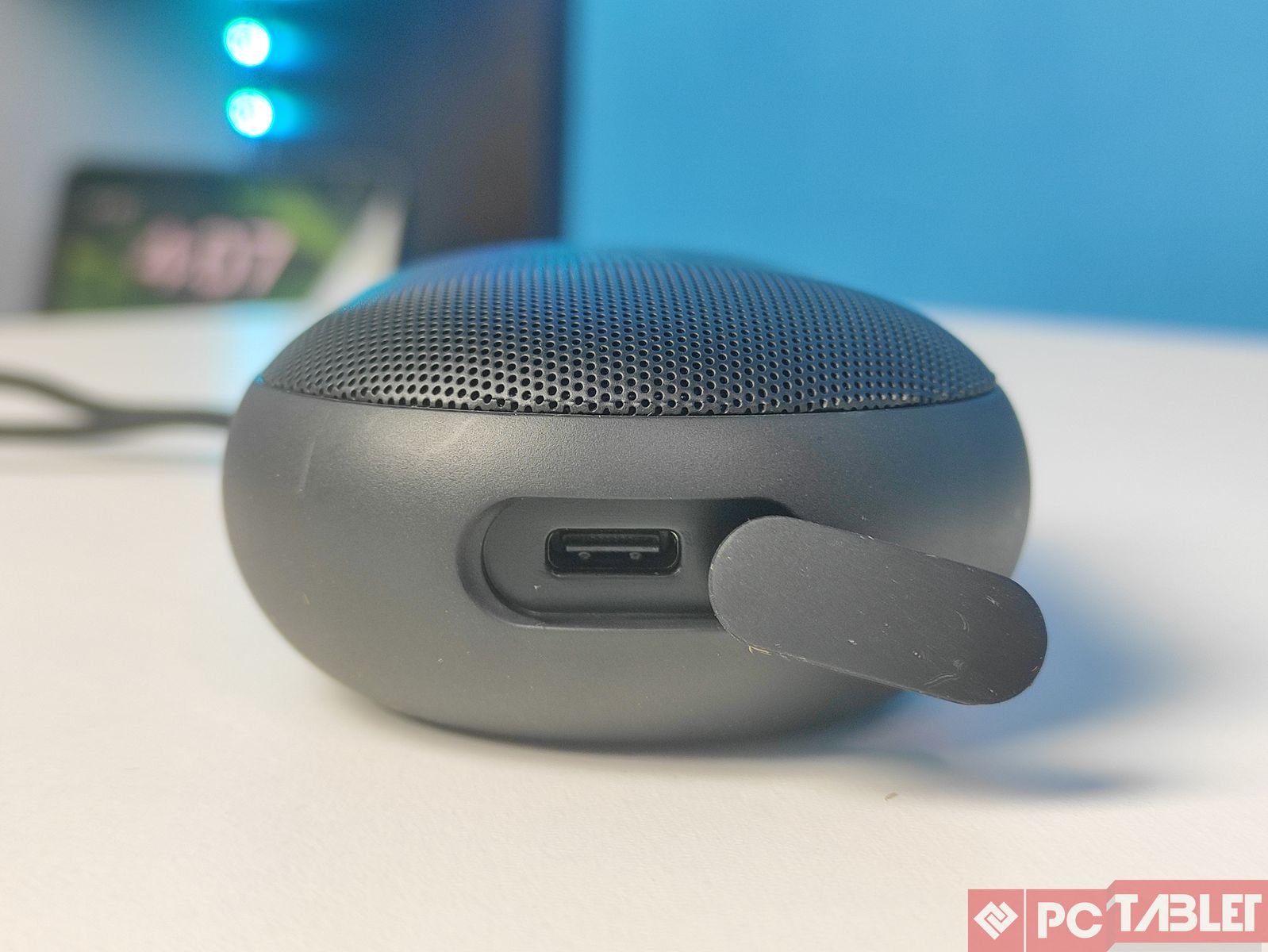 The realme Pocket Bluetooth speaker can be paired very easily with iOS and Android devices over Bluetooth. When you turn it on the first time, the speaker goes into pairing mode. Android users can go into Bluetooth settings and can see realme Pocket Speaker on the available devices.

Alternatively, the speaker also comes with app support. For that, you need to download the realme Link app from the PlayStore and AppStore for Android and iOS, respectively. Post that, just adds a new device and follow the steps being shown on the app.

Connectivity-wise, there is just the Bluetooth connection while there is a single Type C port on the speaker used to charge the in-built 600mAh battery. 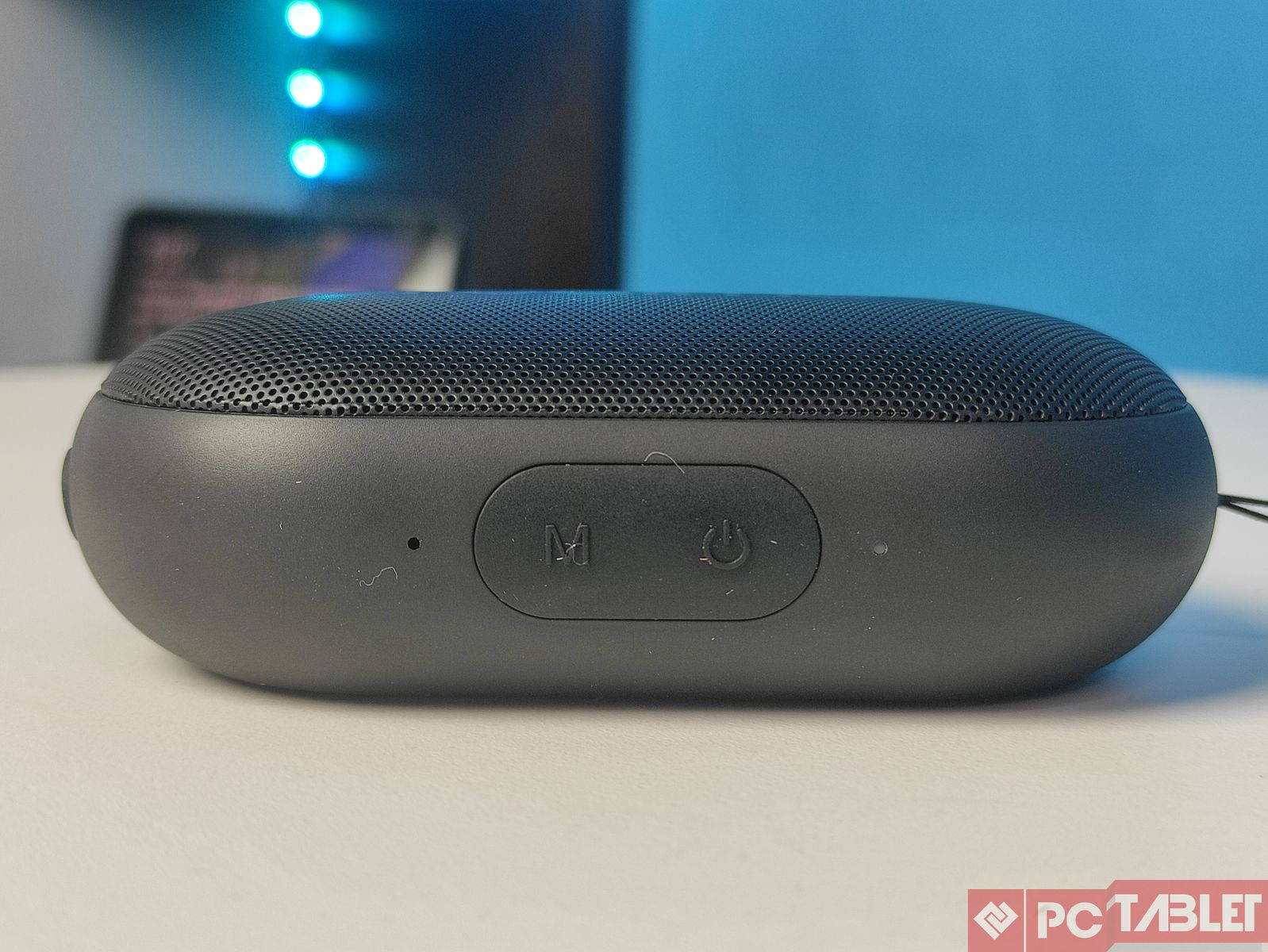 The pocket speaker comes with a single 3W dynamic bass boost driver, assisted by a passive radiator for depth. The performance on the main driver is excellent, and the sound stage is vast, which is uncommon in speakers of this price category. Despite its smaller footprint, the speaker gets plenty loud; however, the audio does distort a little at the highest volume, which is the case with many speakers in the segment.

In terms of features, the pocket speaker is filled with a bunch of good ones. For starters, you get app connectivity using which you can essentially choose the playing mode and the audio changes accordingly. The three equalizers presets are Bass, Dynamic and Bright. All of them are self-explanatory and accentuate the overall experience. If you’ve got two of these, you could make a stereo pair using the realme Link app, which is something we haven’t seen on any of its competitors. Another one is the Game Mode, which cuts down on display and provides a rich sound experience.

The speaker is at times bass-heavy, which is the case with the outdoor speaker, and works in its favor. Since the speaker comes with an IPX5 rating making it an easy choice for harsher environments. We managed to get a little over 5 hours of playtime during our tests, which is in line with the company claims. The speaker takes 2.5 hours for a full top-up which is on the higher side.