Realme will announce a bunch of products in India next week including the all-new Realme TV. Realme opted to tease all the highlighting features themselves over the last few days.

And now the company has teased both the Realme TV and its Bluetooth remote ahead of the launch. Realme TV will be available in various sizes but the basic specs will remain the same across the lineup. From the image posted by Realme head, we can make out all the buttons on the TV remote.

Controls include a circular D-pad with a yellow ring around it, depicting the company signature yellow shade, Google assistant, Netflix, and Amazon Prime Video button. Along with this, we can see volume controls, power button, mute switch, and menu navigation keys. The TV will be powered by a Quad-Core chip from MediaTek with Mali 470 GPU. From the renders shared by 247Techie, the TV will have a narrow bezel design and an LED panel. 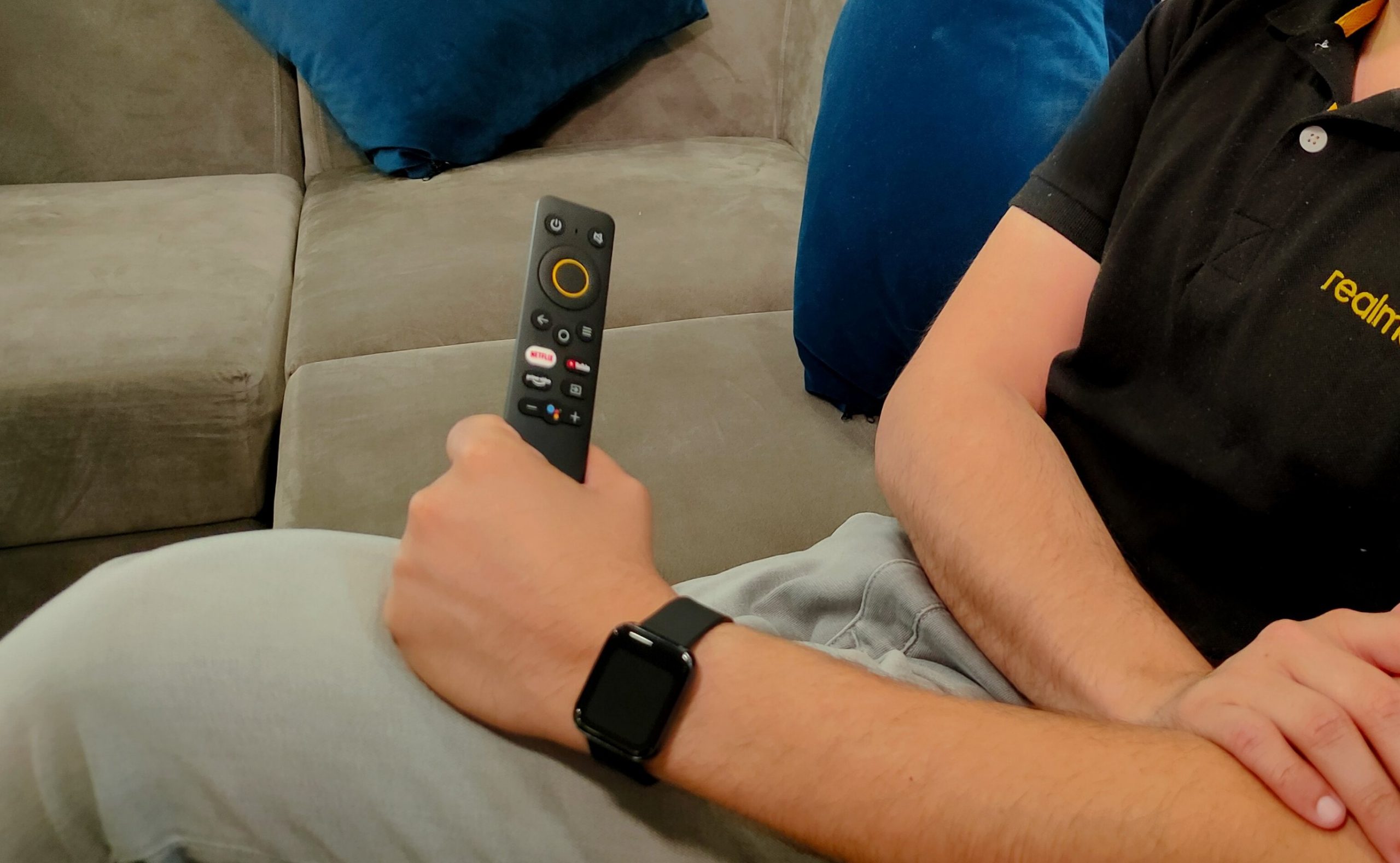 Realme is touting the Chroma Boost Engine that they have used to bump up the brightness to a max 400 nits which are above average when looking at the segment. The TV will be running on Android TV 9 out of the box with all the leading OTT apps baked in. The TV will also come with a built-in Chromecast that will allow users to mirror content from other devices to this TV.

As for the pricing, judging by the company’s track record and cut-throat competition in the market, expect the TV to be priced competitively against the Mi TVs.