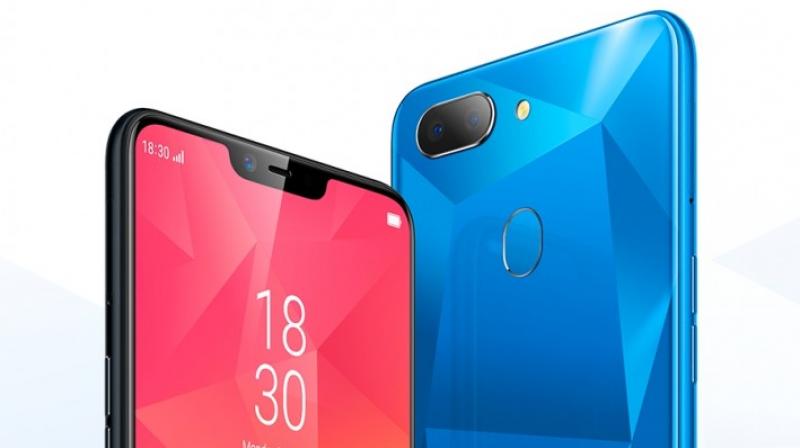 Realme 2 is slated for a release on August 28 at an event in New Delhi. The company has already touted several key features of the upcoming smartphone. These include the handset’s notched display, vertically stacked dual rear cameras, as well as the rear mounted fingerprint sensor. Besides, the company has also revealed other key specifications about the device.

In terms of specifications, the Realme 2 will feature a 6.2-inch display having an aspect ratio of 19:9 and a screen-to-body ratio of 88.8 percent. Under the hood, the device is expected to het powered by Snapdragon processor, though the exact chipset model still remains unknown.

In terms of optics, the company has confirmed the Realme 2 will feature vertically-stacked dual rear cameras with AI Beautification 2.0 and Portrait Mode. Sources, meanwhile, indicate a 12MP+5MP dual-lens primary camera setup. For selfies, the handset is said to come with a single lens front-facing shooter with support for HDR.

As far as OS goes, the leak suggests the device will run Android 8.1 Oreo with the company’s proprietary Colour OS 5.1 skin on top. The handset could pack a 4230mAh battery. However, it remains unknown whether it’ll support fast charging technology. Other notable features include Face unlock, SmartLock, as well as a fingerprint scanner.

The device was leaked accidentally by the company’s official website which gave a glimpse of the handset’s glass back and rear mounted fingerprint scanner. The image renders also indicate the device will be offered in Diamond Black and Diamond Blue colour options.

The Realme 2 is the successor to the Realme 1 which was launched a few months back. The company is all set to officially unveil the handset on August 28, and will be exclusively available for purchase on Flipkart. The phone also has a live Notify Me page with all details about the handset. There is no official information about the handset’s pricing, though rumour has it that it will cost less than INR 10,000.