Razer Phone 2 specifications and price leaked ahead of official launch 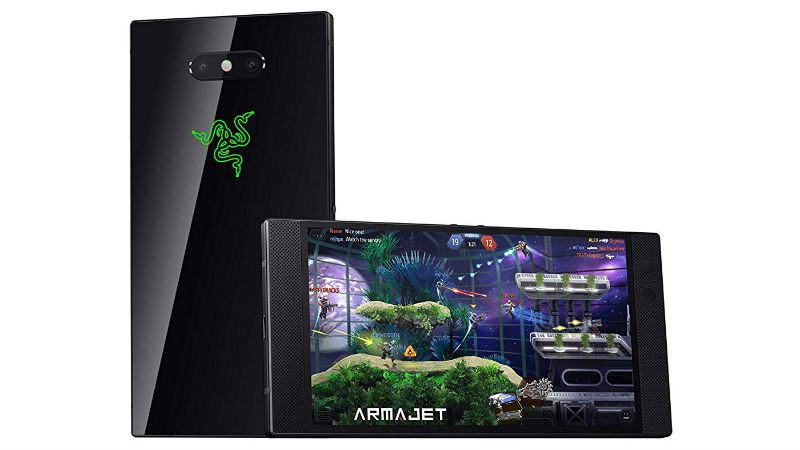 Razer Phone 2 will be officially launched at a special event on October 10 in Hollywood, Los Angeles. And just before the unveiling, the smartphone has been spotted on Amazon Italy’s website revealing the gaming smartphone’s price and specifications.

As far as pricing goes, the listing suggests that the handset will carry a price tag of EUR 871.42 (INR 74,500 approx.). In addition, the listing also indicates that the Razer Phone 2 will start shipping on October 12.

In terms of specifications, the listing suggests that the Razer Phone 2 sports a 5.72-inch QHD LCD display with a 1440×2560 pixel resolution. The listing also notes that the display boasts a screen refresh rate of 120Hz.

Under the hood, the Razer Phone 2 gets powered by Snapdragon 845 processor bundled with 8GB of RAM and 64GB of built-in storage. The handset packs two front facing speakers with support for Dolby Atmos.

As for cameras, the smartphone is equipped with horizontally stacked 12MP+12MP dual rear cameras with image stabiliser.

The listing further indicates that the handset will sport an LED illuminated Razer Chroma RGB logo on the back. It also comes with improved cooling features thanks to a ‘unique vapour chamber’.

Razer has already sent out invites for a launch event on October 10 in Hollywood. We’ll update you with all the details about the Razer Phone 2 as soon it goes official. The smartphone will rival the likes of Honor Play, Black Shark, Asus ROG Phone when it officially hits the market.