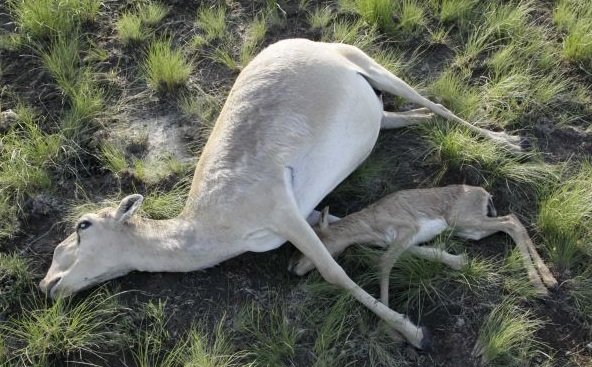 Saiga antelopes once roamed freely in the earth during the last ice age. But due to various impacts, the whole species faced threat of extinction by the late 20th century.

Now, these distinctive animals are facing another threat of their life time as more than 120,000 rare saiga antelopes have died in ex-Soviet Kazakhstan over a period of two weeks.

The news has amused biological and environmental experts, and as of now, they are not clear about the reason behind the sudden death of these animals. 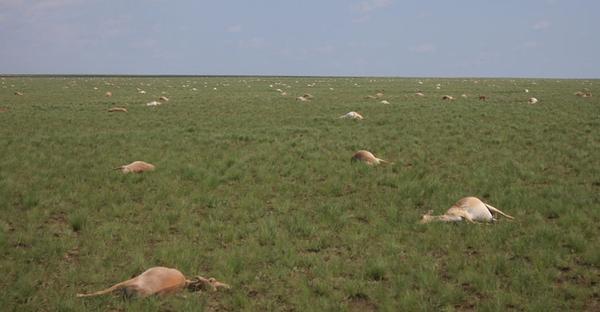 The United Nations Environment Programme has called this dying phenomenon catastrophic, as within two weeks more than one third of the global population of these animals have extincted.

As per United Nation Experts, the mass death of these animals may be the result of both biological and environmental factors.

Scientists are now unclear regarding the exact reason behind this tragedy, but many of them indicates the presence of an infectious bacteria behind this new development.

The small trigger of infection in a particular area might have expanded due to the recent rains, and this is one explanation which is being given by scientists. The weak immune system of these animals might have catalyzed the damage.

Kazakhstan’s prime minister Karim Massimov has reportedly set up a rapid action group which comprises of environmental and biological experts to find the exact reason behind the phenomenon.

In 1993, there were one million Saiga antelopes in Kazakhstan, but in the course of time, their population was reduced drastically.