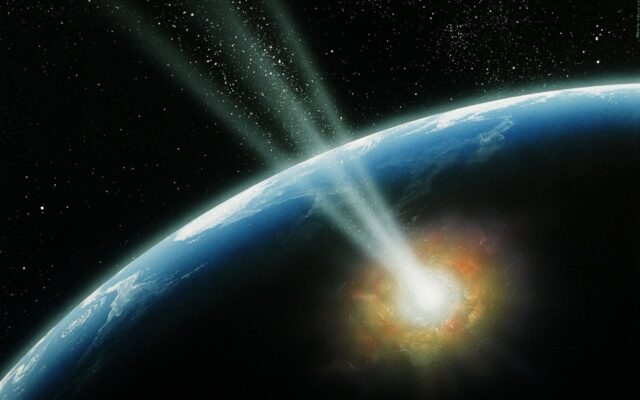 The entire earth is gearing up for the keenly awaited ‘total solar eclipse’ which is going to take place on 25th of this month. However, in between these excitements and expectations, some conspiracy theorists have come up with a new and threatening declaration, according to which, a secret planet, called “Nibiru” will bump into the Earth this September and this month’s total solar eclipse will mark the onset of Earth’s apocalypse.

As warned by Christian numerologist David Meade, the likelihood that the mysterious and puzzling planet “Nibiru” to crash into Earth next month is high and this month’s solar eclipse will be the indication of the judgment day of earth. According to the bizarre theory of David Meade, the planet has never been seen by any scientists.

Though there is no reliable evidence about this celestial crash, David Meade alongside many other conspiracy theorists has claimed that bible passages and the existence of the solar eclipse completely promotes the idea that the end of the earth is around the corner and next month, it will be annihilated. As believed by the conspiracy theorists, the gravitational force of the rogue orb Nibiru had interrupted the orbits of other planets of our solar system hundreds of years ago, and the next trouble making passage of the globe into the inner solar system can crop up anytime soon.

As believed, the planet has been transmitting the plasmatic energy particle’ all through our astral system, and the stream of the energy particle’s force will interrupt Earth’s “core flows” and eventually will trigger catastrophic alterations in the climate and atmosphere of earth.

Nibiru is also sometimes referred to as Planet X – hypothesized orb, located on the edge of our planetary system. Earlier, the US-based space agency, NASA has confirmed the presence of Planet X which now is somehow believed to be the same with Nibiru. Nibiru is different from the so-called Planet Nine which was proposed by a team of astronomers in Caltech, back in January last year.