Though the great American solar eclipse which cast its shadow on 21st August 21 on entire United States continent for the very first time in 99 years, didn’t cross India, it has given India some best reasons to make merry.

As said by Dipankar Banerjee, the Chairperson of the Science Group on Visible Emission Line Coronograph (VELC), which is the primary payload on Aditya-L1 mission in an interview with The Indian Express, Dibyendu Nandi, who has earlier predicted about an complicated structure of Sun’s corona during the solar eclipse, has found a qualitative counterpart in the interpretations of 21st August solar eclipse,

According to the Indian solar scientist, Dibyendu Nandi, the pictures of the total solar eclipse intimately associate with the calculations made by him about the structure of sun’s corona during the eclipse event on Monday. Corona which is the halo of sun and is an underlying magnetic field is found to be closely similar position during the eclipse, as earlier predicted by the Indian scientist. 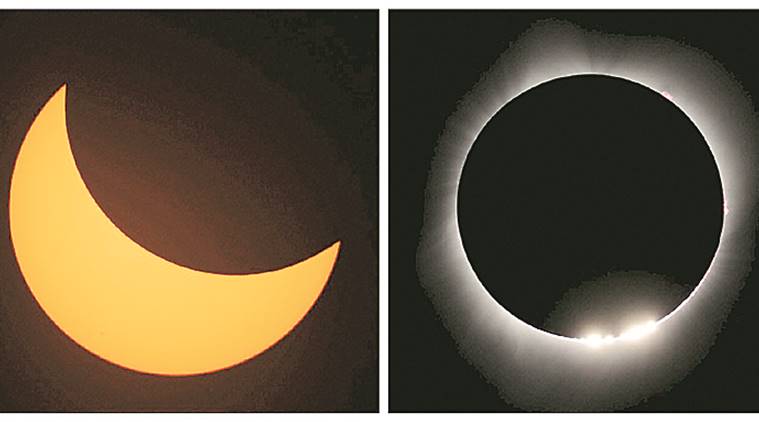 Dibyendu Nandi, who is the head of the Centre of Excellence in Space Sciences at Indian Institute for Science Education and Research (IISER) in Kolkata, earlier had made some foretells about the look of the sun’s corona during the eclipse and, when the raw images, clicked during the event came to existence, the scientists found the close similarities between the prediction and the real view, which has made Indians rejoice. Though the raw images are still being examined cautiously for finding more matches and information, the initial revelation has revealed a “qualitative match” between the prophecy and real view.

As said by Dipankar Banerjee, “The qualitative similarity found between the predicted and experiential image is quite pleasing.” Adding to the statement, Mr Banerjee, who is a specialist on the solar corona at the Bengaluru-based Indian Institute of Astrophysics, said that a meticulous comparison would be made between the predicted and experimental image, once the clicked raw images are obtainable.