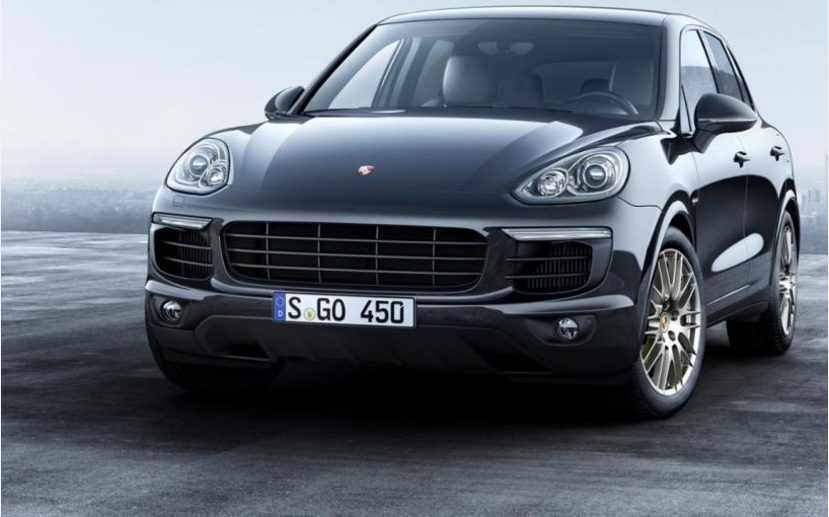 German car manufacturer Porsche has launched the new Porsche Cayenne Platinum Edition of its popular SUV in India and it will be available only for a limited period. The platinum edition of the Cayenne SUV gets a price tag of Rs. 1.06 crore for the petrol variant while the diesel variant has been priced at Rs. 1.08 crore (ex-showroom Maharashtra).

Compared to the standard model, the platinum edition features massive 20-inch alloy wheels inspired by the Spyder RS design. The cabin has also been spruced up with leather sports seats featuring electric eight-way adjustment. Alcantara panels on the center of the console and steering wheels along with the Porsche logo on all headrests further enhance the premium feel.

Just like Porsche’s other offerings, the Platinum edition Cayenne is equipped with the company’s Communication Management system featuring a seven-inch touchscreen, which facilitates navigation and allows you to connect your smartphone for added convenience. There’s also a BOSE surround Sound system along with a slick analog clock integrated with the dashboard.

“The Cayenne Platinum Edition is a thrilling four-door sports car with purposefully selected materials for an even greater sense of style. The comprehensive range of standard equipment and eye-catching details makes this premium model a truly attractive offering for our enthusiasts,” said Pavan Shetty, Director of Porsche India.

To add to its overall demeanor, both variants of the platinum edition will be available in a range of colours choices which include non-metallic black or white, Jet Black Metallic, Rhodium Silver Metallic, Mahogany Metallic, Carrera White Metallic. The wider wheel arches also get the same colour as the primary exterior colour.

Barring some changes made on the outside and inside, the SUV remains the same in all aspects just the like standard model. Under the hood, the petrol variant of the platinum edition gets the usual 3.6 litre V6 engine that churns out 300bhp of power, while the diesel variant has 3.0-litre V6 engine capable of generating 245bhp.

The Porsche Cayenne platinum edition is now available for order, while deliveries are expected to begin starting August this year.