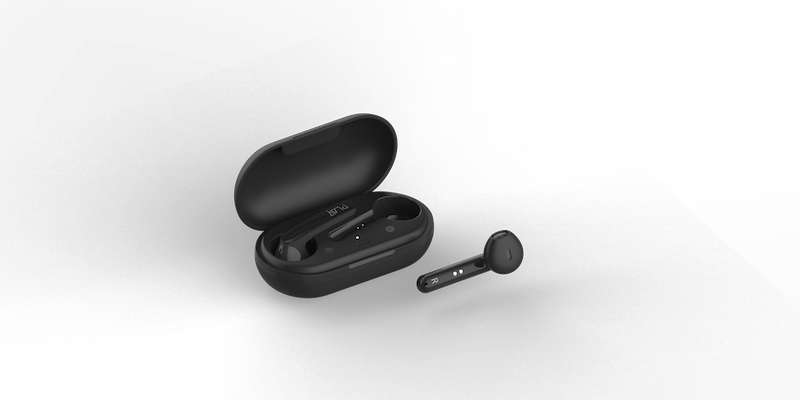 Audiophiles in India perhaps never had it so good. If the recent spate of TWS earbud launches isn’t enough, here is Play that launched its newest Truly Wireless Earphone and ANC neckband, the PlayGo T44 and PlayGo N82 respectively. The Gurgaon based company said both the T44 and N82 are premium products that offer top-of-the-line performance and feel.

Play said the new T44 has an extremely light yet comfortable build. It sports the Half in-ear design, which is known to suit most ear types. Another unique aspect of the T44 is its 10 mm Enhanced Bass and Extra Loud (EBEL) drivers, which the company said will offers ‘soothing and crisp’ sound output. The echo cancellation and noise reduction schemes further add to the audio experience.

The T44 also supports the MCSync technology which offers multiple benefits. Those include support for high-resolution audio stream, low latency, and balanced power consumption while being more stable as well. There is the Auto-connect feature as well so that Pods get connected to the mobile automatically the moment the charging case is opened.

The case, meanwhile, offers 20+ hours of battery backup, while the Pods last around 4+ hours. The case itself can get fully charged in 2 hours via the USB-C port. Other features of the T44 include its capacitive touch controls, Bluetooth 5.0, and IPX4 rating for water resistance. Color options include White and Black.

The N82 comes in a neckband form factor and comes with a 13 mm Enhanced Bass and Extra Loud (EBEL) drivers. That, coupled with the Active Noise Cancelling (ANC) feature makes the neckband to offer a truly mesmerising audio experience. The long 18 hours backup time also makes it ideal for both work and fun.

Another striking feature of the N82 is its premium look and feel thanks to its shining TPU and skin-friendly build. The control panel placed around the next makes it convenient to use as well. Weighing in at 40 grams, the neckband is also extremely comfortable to have around the neck.

The PlayGo T44 is priced Rs. 2,999 and is going to be available starting July 14, 2020. The PlayGo N82 will arrive later, around second week of August, 2020. The device can be bought from the PLAY e-store and Amazon as well as brick-and-mortar Play stores around India.