Home News Pixel 3A with Snapdragon 625 spotted on GeekBench 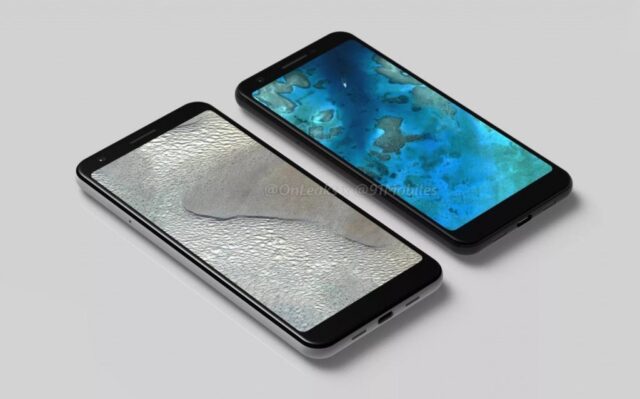 Lately, we have had quite a lot of reports regarding the upcoming Google Pixel 3 and Pixel 3 Lite XL smartphones. We also have seen the hands-on video and images concerning the same. Now, a new Google manufactured device codenamed “Pixel 3A” is spotted on GeekBench with some of its key specifications.

If previous reports are to be believed, the Pixel 3 Lite will pack Snapdragon 670 SoC while the Pixel 3 XL Lite will rely on Snapdragon 710 chipset. On the contrary, the new listing suggests the presence of MSM8953 aka Qualcomm Snapdragon 625 SoC on Pixel 3A. The handset not only gets a low-end dated SoC but also compromises further with a mere 2GB of RAM. Moreover, the device runs Android 10 and scores below average on the benchmarking platform. 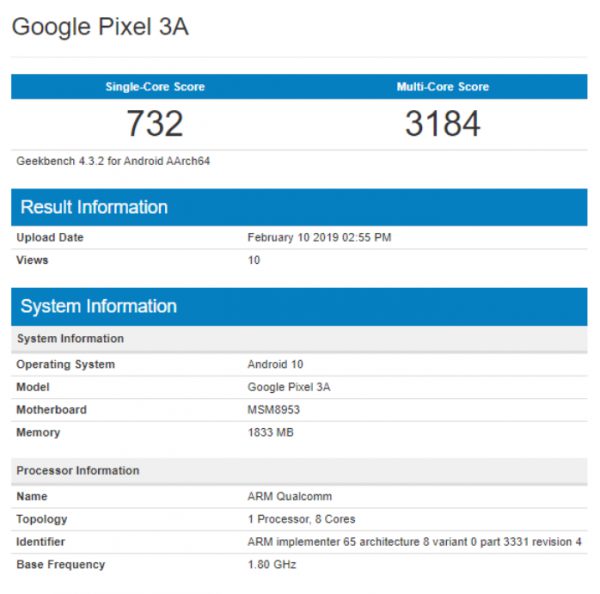 Is this the Pixel 3 Lite?

Well, the propounded specifications seem to be even lower than that of current mid-range smartphone standards. Also, the previous reports hint at Snapdragon 670 and Snapdragon 710 processors on the Pixel 3 Lite and 3 Lite XL models. Therefore, it is most probably a test device, similar to the Pixel 4 monicker that was seen a few days ago with 2GB of RAM. Also, devices with SD625 generally have a base frequency of 2.02GHz while the one shown above holds 1.8GHz.

As for the specs, the Pixel 3 Lite is tipped to pack SD670, 4GB RAM and 32GB of internal storage, accompanied by a single 12MP Rear camera, an 8MP front camera, and 2,915mAh battery. The Pixel 3 Lite XL, on the other hand, might bring a larger display with SD710 and slightly better specifications. Nonetheless, both the models are said to have a polycarbonate body, IPS LCD displays (down from OLEDs on the flagship lineup) with 3.5mm audio jack in tow.

That being said, Google might launch the new affordable Pixels somewhere in the second quarter of the year. Just a while ago, a fresh report claimed that the Pixel 4 would arrive with better dual-sim functionality, counting in Dual Sim, Dual Active (DSDA) support. We can expect the same from the aforementioned devices. Stay tuned for more updates.